Not really a game of sportsmanship

Not really a game of sportsmanship 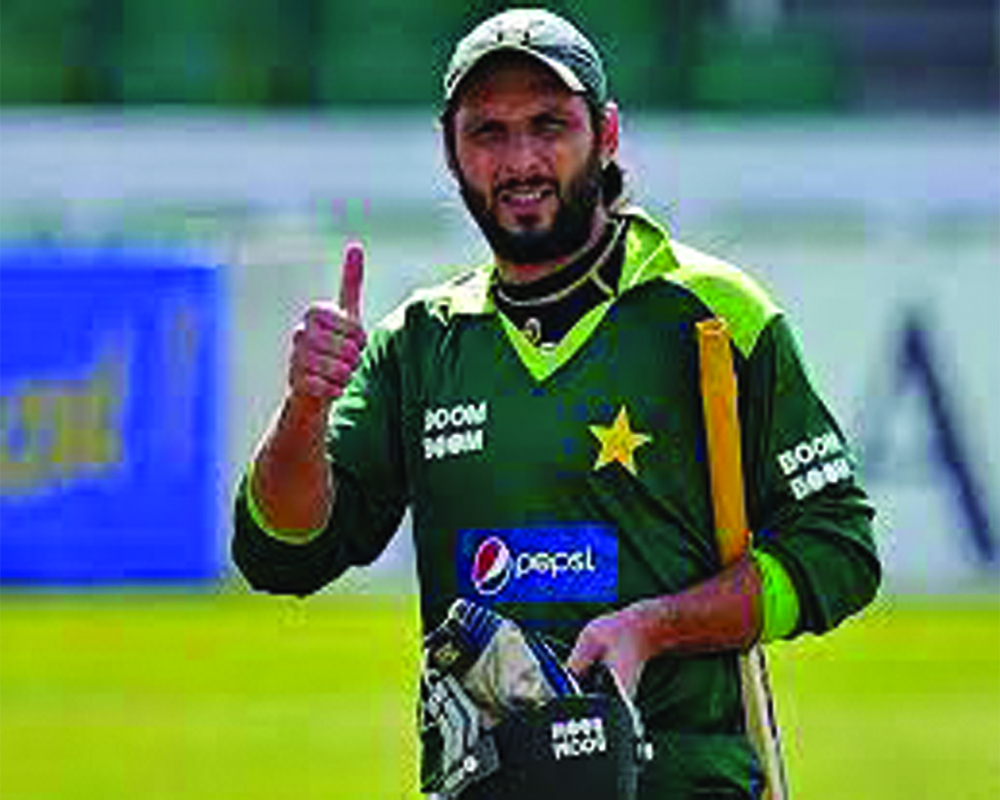 The Kashmir Premier League is a mere optics in the name of sports. At the end of it all, it’s simply politics with a brazen objective

Sports is a powerful medium to heal and build bridges, when both sides to a conflict agree to put aside contentious and provocative one-upmanship, to usher the possibilities of peace and harmony. Onus of creating an enabling environment necessitates the respecting of mutual sensibilities and desisting from loaded moves — it becomes obvious in the neeyat (intent), that is written all over.

Optics surrounding the so-called Kashmir Premier League (KPL) is one such devious intent that does an even worse job of posturing to be ‘sports’. With a brazenly political objective to “raise the voice of the people of J&K globally”, a tournament logo that teasingly insists “play with freedom”, as also having the agelessly controversial, Shahid Afridi, as its Brand Ambassador — the intent becomes clear even before the first ball is bowled. The carefully chosen brand ambassador in Afridi is also the perfect fit towards its nefarious agenda, given Afridi’s notorious track record of political statements (way beyond the realm of ‘sports’), that have earned him the wrath and ire across the Line of Control (LoC) for its unsportsmanlike import.

Following the abrogation of Article 370, Afridi had knowingly visited the LoC and made railing statements to “express solidarity with our Kashmiri brethren”, whilst invoking the United Nations and the United States to intervene. Afridi continued with his exasperating diatribe to “feel the agony of Kashmiris…” and “Save Kashmir”! Seemingly, like his Prime Minister and former cricketer, neither Imran Khan nor Shahid Afridi have ever heard of the beleaguered Baloch, Uighurs or as fellow Pathans of even Pashtunistan (let alone minorities, Ahmediyas etc). At the KPL inauguration, Shahid Afridi mockingly conflated his political view of Kashmir by stating, “India has crossed all levels of oppression’ — this is certainly not about ‘sports’ and it does not even pretend to be so by its organisers.

To espouse a selective cause is indeed a matter of individual choice, even if it militates in terms of fairness and convenience in the eyes of the ‘other’ side — just as any sovereign has the same right to express its displeasure and punitive action against anyone and anything, that denigrates the sovereign’s integrity, sovereignty and dignity. For India and its cricket board, the BCCI (Board of Control for Cricket in India) to take offence and express dismay at the obvious politicisation of cricket by Pakistan is perfectly justified. When relations between Pakistan and India are at an all-time low (with downgraded diplomatic ties and snapped air/land/rail services) — it’s a bit rich coming from Pakistan to express surprise at the BBCI reaction towards the KPL. Pakistani State support towards terrorism is not just an Indian accusation but a matter of an disturbing findings by the global watchdog agency, Financial Action Task Force (FATF), which has ‘greylisted’ Pakistan since 2018 — the principal expression of that Pakistani incorrigibility for India is the Pakistani support to terrorism in Kashmir.

While it is expected for Pakistan and its cricketer-politicians to continue their patented path of doom, it was ironic to see the likes of South African Cricketer, Herschelle Gibbs, accuse the BCCI of dissuading him from playing in the KPL. The same Gibbs, convicted and banned for match-fixing and faced a disciplinary ban for racist comments against Pakistani players, recently wrote: “Completely unnecessary of the BCCI to bring their political agenda with Pakistan into the equation”! Classified as ‘coloured’ under South Africa’s loathed former apartheid system, one would have expected Gibbs to be better versed with India’s stellar role and position on ‘sports’ and politics, especially so, towards his native South Africa.

Besides the symbiotic history, relationship and inspiration of the Mahatama Gandhi-Nelson Mandela canvas notwithstanding, India had always taken a principled stand of boycotting apartheid sports as a conscious call for supporting discriminated Blacks and ‘Coloured’, in South Africa. India had put matters of humanity, dignity and sovereignty of people above sports per se, and that symbolic boycott had mobilised and galvanised far more important messaging. The boycott did entail sacrifices for many sportsmen, sports bodies and perhaps even sports lovers — but the counter-realisation of the stakes gained (standing against apartheid then, and taking a principled stand against Pakistani State sponsor of terrorism under the guise of Kashmir, now), is every bit an action of principles and morality.

The Pakistani Tennis Federation too had once tried to dissuade its top player Aisam Qureshi from partnering an Israeli owing to larger political-societal sensitivities (which he ignored, and later even partnered an Indian) as it felt important to express its stand on sovereign matters, just as the player had the same right to either honour or refuse. But unlike the potential tennis partnership which involved no mal-intent of overt politics — KPL is all about internationalising Kashmir, unabashedly. It is pure politics. Even in the Tokyo Olympics, the authorities have taken a very dim view of such politicisation of the platform, eg Algerian Fethi Nourine’s refusal to match up with Israeli Tohar Butbul. Thus, BCCI has only responded to a wholly political provocation, and not politicised the same, to start with. KPL is not about ‘sports’, it doesn’t even claim to be so. A shamelessly political move has met with a principled political reply. Period.