Politics and the military don’t gel

Politics and the military don’t gel 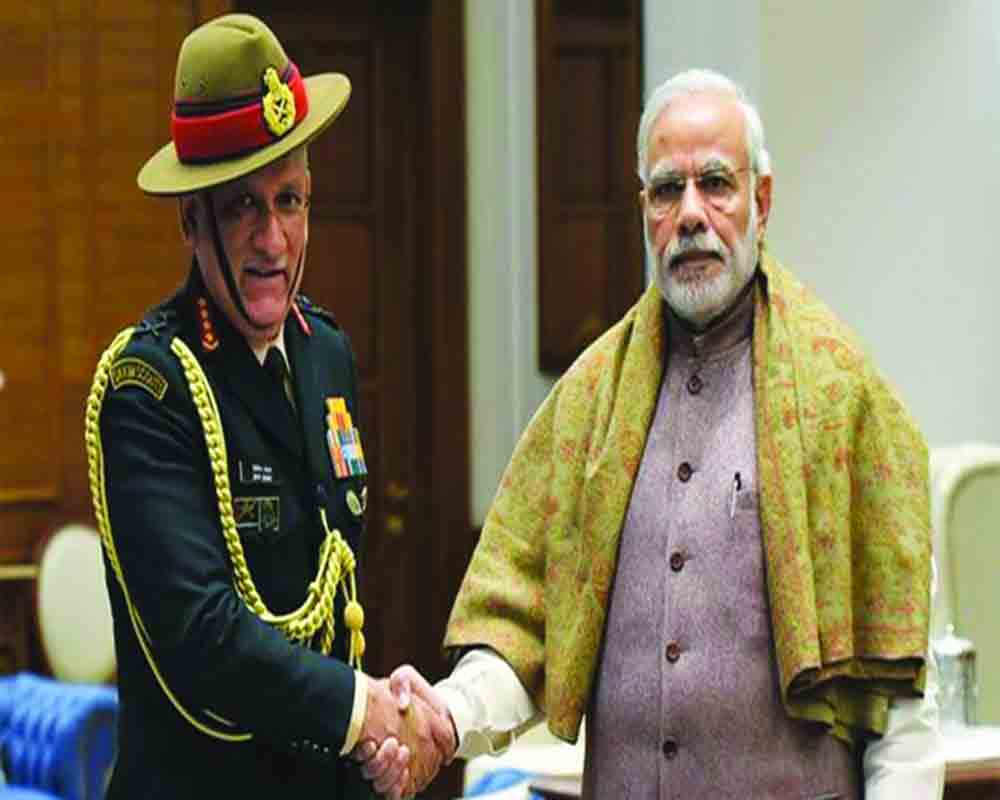 It would be in the interest of the political establishment to desist from politicising the military, lest it creates an uncontrollable monster

The former President of the United States, Donald Trump, has always had the reputation of being a man of questionable moral and ethical integrity with close connections to the radical right. Yet, there were those who voted for him in 2016 because they genuinely believed that he was the lesser of the two evils, and strongly felt that only an “outsider” like him was capable of draining the “Washington Swamp”, a phrase alluding to the seemingly all-pervasive corruption surrounding the Washington power elite. They would certainly have been disappointed by his insipid performance as President, especially the extent of his chicanery and selfishness. These have been laid bare in a recent book by two Pulitzer Prize-winning Washington Post journalists, investigative staff writer Carol Leonnig and former White House Bureau Chief Philip Rucker, on Trump’s final year in power, titled “I Alone Can Fix It”. A fitting sequel, and as perceptive and illuminating, is “A Very Stable Genius”.

One of the most fascinating aspects of their latest book pertains to the manner in which the Chairman of the Joint Chiefs of Staff, General Mark Milley, responded to President Trump’s brazen attempts to overturn the election results by peddling his “Big Lie” that the elections had been “stolen” by the Democrats resorting to widespread fraud. Despite his legal challenges being summarily dismissed, he continues to peddle these allegations to this day. There can be little doubt that his incitement of his supporters culminated in a violent but abortive attempt on January 6 to disrupt proceedings at Capitol Hill to formalise the election results.

Prior to this, one may recall, General Milley had been excoriated by military veterans, politicians and the media for having unwittingly dragged the military into politics by being present, in uniform, at Trump’s infamous “Bible photo op” at the St John’s Church, immediately after peaceful protestors had been forcefully evicted while demonstrating for racial equality. Indeed, that he then went on to tender a public apology for his error of judgement speaks volumes of his forthrightness, integrity and strength of character.

He then initiated action to ensure that the military was not dragged into the political sphere, despite Trump having appointed his own lackeys to key positions within the Pentagon. If the authors are to be believed, he went so far as to compare Trump to Hitler and refer to the January 6 insurrection as the “Reichstag Moment” for the US. On Trump’s attempts to cling to power through force, he reportedly told his colleagues in the Joint Chiefs: “They may try, but they’re not going to f@@###g succeed…You can’t do this without the military. You can’t do this without the CIA and the FBI. We’re the ones with the guns.”

His actions have lessons that our military leadership would do well to imbibe. It is inconceivable that our senior military hierarchy can, or ever will, adopt such a confrontational attitude towards the leadership of a democratically elected Government, whatever be the provocation, or however unconstitutional be their actions. The aloofness displayed by the military during the 1977 Emergency is a case in point. True, there have been the likes of General Thimmayya, Field Marshal Manekshaw and a few more of that vintage who have displayed spine and opposed Government directions, but these have been few and far between, and restricted only to professional matters within their purview. Moreover, till recently, the military’s senior leadership has been quite circumspect in ensuring that its actions were completely unbiased, apolitical, secular and within constitutional parameters. In fact, it was their adherence to such behaviour that made the military the most popular and respected institution within the country.

Unfortunately, while the bulk of our military remains apolitical and secular, the actions and public statements of the Chief of Defence Staff, General Bipin Rawat, have created perceptions that the military’s senior leadership has become excessively politicised. Then there is the fact that some very senior officers have taken the plunge into active politics immediately on shedding their uniform.

While some within the ruling elite may see this turn of events as advantageous to their ideological cause, and in fact encourage this shift within the military hierarchy through the process of “deep selection”, as some allege, they may well be biting off more than they can chew. If there is anything to learn from history, it is that once the military gets sucked into politics, it will not be satisfied acting as a mere handmaiden of those in power. As General Milley so eloquently put it, they are the ones with the guns! We just need to look closely at our own neighbourhood for examples.

It would be in the interest of the political establishment to desist from politicising the military. Creating an uncontrollable monster, that will go on to bite the hand that feeds it, is nothing but sheer stupidity. The Government and the legislative would do well to put rules in place that prevent members of the military and even the Civil Services from joining politics without an appropriate cooling- off period. That would go a long way in insulating them, especially the military, from politics.