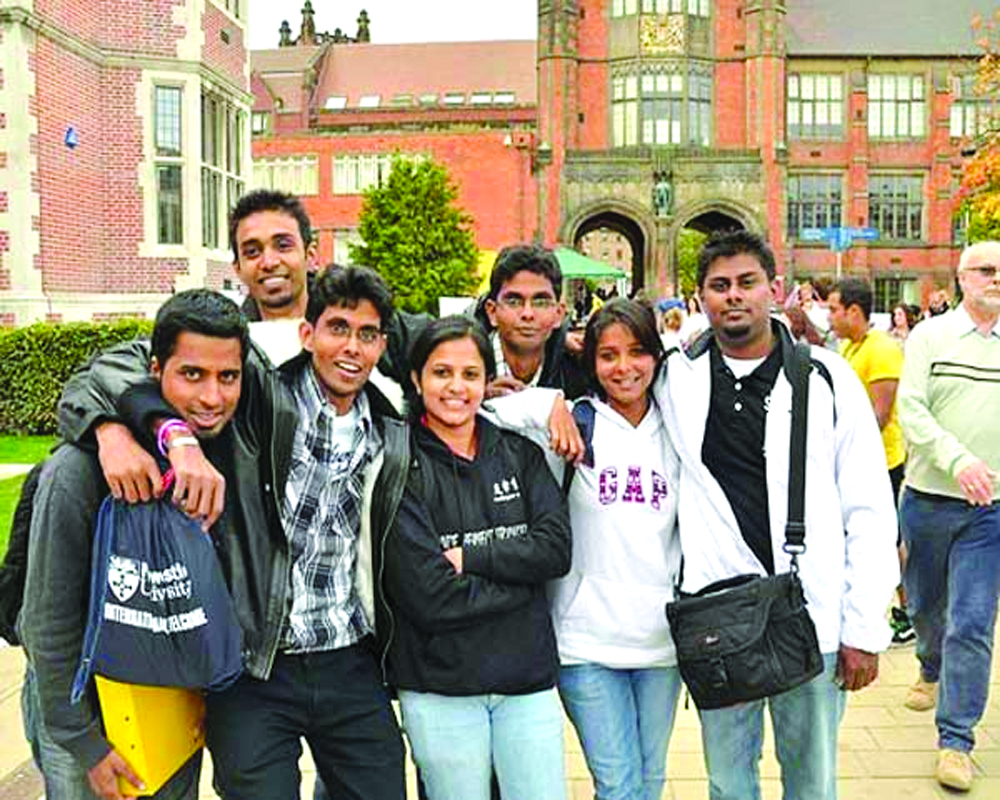 To be able to introduce pathbreaking changes in our public education system, we need leaders with a vision who dare to change the narrative around education

The Nation recently paid its tribute to first Prime Minister Jawaharlal Nehru on his 57th death anniversary. This reminds us of his invaluable contributions in laying the foundations of thepublic education system and the institutionsrevolving around it in our country. Much of what we see today is his work. As we pay homage to Nehru and his legacy, this is a right time to reimagine the political narrative on education in contradistinction to how it stands today.

The Indian National Congressmet in Karachi in March, 1931 to endorse the Gandhi-Irwin Pact and passed the famous Karachi Resolution. The Resolution consisted of a set of Fundamental Rights that were drafted by Nehru himself. It was a landmark one in India's constitutional and political history because it promisedwhat a future constitution of India would look like. Among those several fundamental rights enshrined in the resolution, one stood out for its ingenuity. It read, "The state shall provide for free and compulsory primary education".Nehru'sintentions were clear.Soon after he assumed office of the Prime Minister, he oversaw the establishment of AIIMS, IIMs, IITs and NITs. His five-year plans included free and compulsory education. He ordered to carry out massive village enrolment programmes. He promoted, what he called, a 'scientific temper' and a 'technologically driven' public education system. He believed that intellectual development was key to a nation's progress.As capitalism rose, Nehru virtually made India ready for the impending "Knowledge Revolution" which was set to define the post-industrial phase across the world.To a large extent he was successful in doing this. A strong foundation for public education was laid in the country. Future governments were expected to build on to this vision.

Circa 2020. Amidst a raging virus, educational institutions across the world have collapsed. But in India the situation is worse than anyone would have ever imagined. UNESCO estimates that close to 32 crore students in India are affected. Dropout rates are at an all-time high. Due to the shift to e-learning, socio-economic inequalities and other intersectional layers of inequality have only increased.These statistics are scary. Only 27 per cent urban households have access to internet whereas the percentage in rural areas is down to five per cent. The NITI Aayog Report suggests that more than 55,000 villages donot have access to mobile network.Teachers are ill-trained to adapt to the transition to online teaching. Amidst all these developments, look at the irony - the Education Ministry's budget for digital e-learning was slashed to 469 crore in 2020-21 - the year Covid-19 struck - from Rs. 604 crore the previous year. Our children will not be able to go to schools and colleges and, the World Bank Report estimates that India will lose out on $440 billion in possible future earnings because of its unskilled, young population.Do we have a plan to deal with this? Only few will doubt us when we say -no.

So, India will have the world's largest youth population over the next decade and a majority of them will be unemployed.It is unfair to impute this to the Covid-19 crisis completely. This has been long in the making and our political class has been aware of this ever since.The virus has only exposed our hollowness in public education by exposing the truth.

What transpired in the underlying period of 1964 and today? It isnot as if all governments have failed,  but more or less the situation has either worsened or remained the same. Populism and jingoistic nationalism grew in politics, leaders with larger-than-life political image came to power, majoritarianism slowly became the order of the day and they were driven more by their hunger to win elections than by a 'vision' like Nehru's. In all these years, science and reason took a back seat. Education became just another arena for politicians to lure voters. On the one hand,  they went out promising lakhs of jobs of new teachers to the educated yet unemployedand on the other, free cycles, money and laptops to students enrolling themselves in schoolsand colleges. This was an era where we were also witness to some huge scams in teacher recruitment drives in several states and serious last mile delivery challenges in what was being promised to the students. In all these decades, India lacked not in ideas but in intent. We had a model - backed by a strong precedent and our political class consciously chose to not execute it. Our political narrative on education has been completely distorted wherein our leaders today lure students to come to school for money and material. This is an unethical model and has never been successful.

According to data from the ministry of Human Resource Development on dropout rates, around one-fourth of our students leave school when they enter theirninth grade. The Gross Enrollment Ratio (GER) in Secondary and Senior Secondary education is 77 per cent and 50 pe cent, respectively.We have been able to achieve close to 100 per cent GER in primary education but have not been able to retain students during their secondary and senior secondary education. This is primarily because we don't train our students such that they develop a love for lifelong learning or education in general. We are not upskilling them either. There is no incentive for them to stay.

The recent National Education Policy (NEP) has reiterated that we need to redesign our curricula. We need to enhance critical thinking, discovery and analysis-based learning. It also states that the government needs to introduce experiential learning and pay more emphasis on STEM Education as our future jobs are going to be based around them.

We do not need funds to introduce these changes in our public education system.We need leaders with a vision who dare to change the political narrative around education.Education should be the primary focus of enrolment,, not food or money.  We should reduce our expenditure on freebies, carry out outreach programmes, train teachers to deliver experiential learning and develop our infrastructure by making it more and more equitable for all stakeholders.We need to stop disrespecting our teachers as we do today by treating them as second class employees and asking them to conduct census drives, surveys and holding elections. A teacher's primary job is to teach and that itself must be a full-time commitment. The government needs to understand this.

We are a nation filled with young blood and our ability to provide them with high-quality educational opportunities will determine the future of our country. The world is undergoing rapid changes in the knowledge landscape. As the NEP itself notes, "it is critical that students not only learn but more importantly learn how to learn". To achieve all this by 2030 (target year to achieve the Sustainable Development Goals on Education), we need to buckle up and lessen the impact that COVID has caused, gear up for the future and inspire our children. For all this to happen, the distorted narrative needs to go away and it is time to bite the bullet and reimagine the political narrative on education or we shall perish. As Nehru famously said, "Give right education to the children of today and they will make the India of tomorrow".