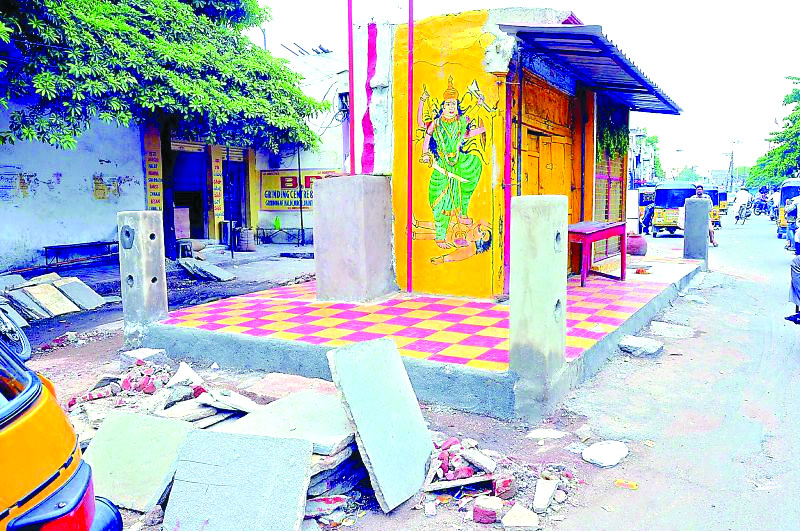 In a move that will free up public land, decongest roads, pavements and highways and make walking and driving in Uttar Pradesh (UP) safer and easier, the Yogi Adityanath Government has directed that any encroachment, structure or construction of religious nature on public roads, streets, pavements and highways after January 1, 2011, should be removed immediately. The structures built earlier would be given six months for a planned removal. These instructions have been issued by the UP Government in compliance with the 2016 order of the Allahabad High Court (HC) and all senior administrative and police officials at the district level have been told to shift such encroachments to land given by the followers of that religion or private land proposed by the persons responsible for the religious structure’s management. The order also stated that in case of any disobedience, the officials concerned would be held responsible and in contempt of the HC’s orders. This move was a long time coming because anyone who has driven on Indian roads must have come across structures that jut out into an otherwise perfect road and force people to go around them.

Not only do these structures pose a big risk to drivers, especially at night as most of our roads are not well lit, particularly the highways, they cause traffic jams and bottlenecks, too. Though successive Governments have constructed hundreds of kilometres of roads and highways in UP and other States, they have failed to remove such encroachments, no matter how many accidents they cause or how many people are inconvenienced. This is owing to the fact that religion is a sensitive and emotive issue in India and comes above everything else. Hence, removing a religious structure from the side of a road or pavement is next to impossible without having a communal flare-up, as logical thinking and reasoning tend to take a back seat where our religious sentiments are concerned. Now, thanks to the HC’s order, many such constructions in UP and NOIDA, in particular, will be removed, making life easier. However, the Government would do well to take the religious leaders of all communities into confidence and ensure that the encroachments are removed peacefully without hurting any sentiments. Plus, it will have to ensure that all religions are treated equally and there is no room for partisan behaviour that creates bitterness and communal disharmony.