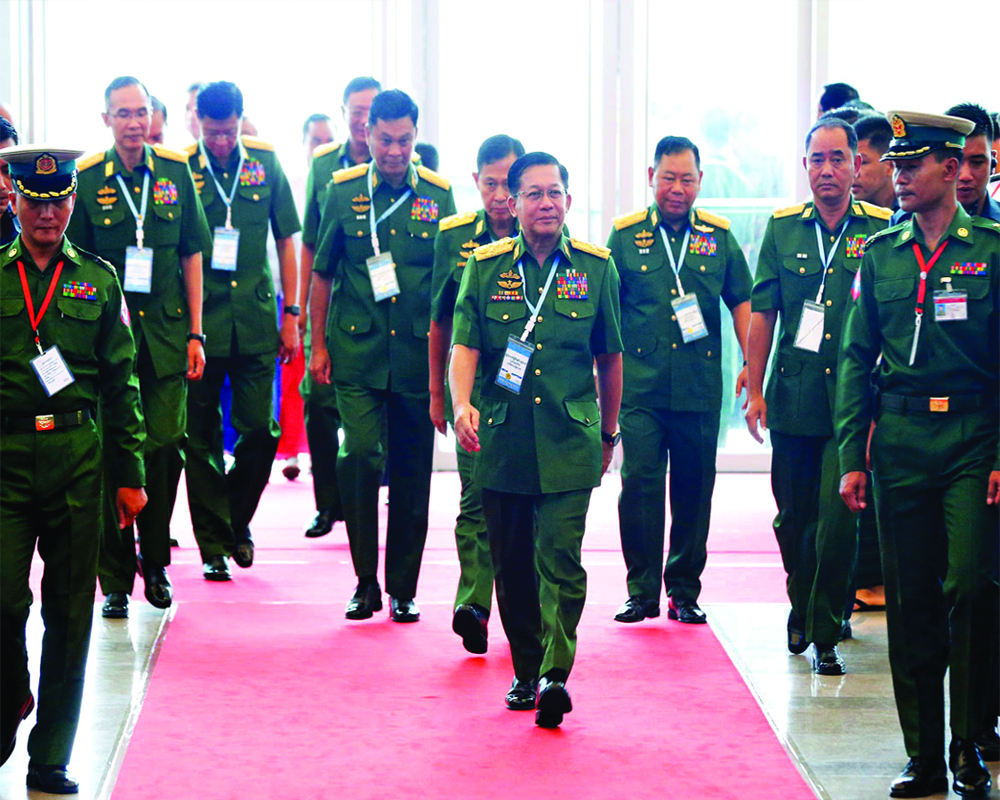 State administration has shut down due to rail, health, bank and civil servants being AWOL and the country’s economy has collapsed

Military coups, if successful, have instant rewards. Failure produces retribution of the worst kind. In stable democracies, the military is seen to be under civilian control and acting as per the Constitution. In totalitarian States like China, the military acts under the political guidance of the Chinese Communist Party — power flowing out of the barrel of the gun. Finding the right civilian-military balance is not easy in developing countries. The most recent power friction was in Mali, the Colonel’s coup, enacted twice in six months, by the same Colonel. One of the Sudan coups was triggered by civil society. Coups were rampant in South America, then Africa and south-east Asia. Pakistan is a rare balance of military- civil authority where military has always (except a brief period after 1991) called the shots. In Turkey, the Ataturk design has been overturned and military put in its place, its constitutional rights abrogated. South Korea and Indonesia make interesting case studies in transfer of power to civilian authorities. There is no template for a coup, only an SOP. Countries under the Commonwealth have fared better in fixing the right civil-military equilibrium.

Myanmar is a unique case of military-guided democracy where the third coup has just crossed 135 days and follows a 2008 military-drafted Constitution designed to produce a “disciplined democracy” via the military-supported Union Solidarity Development Party. According to the UN Human Rights office, 873 civilians have been killed and approximately 5,000 protestors detained and Myanmar has gone from being a fragile democracy to “human rights catastrophe”. Popular resistance to the coup has resulted in closure of State administration due to rail, health, bank and civil servants being AWOL and collapse of economy with criminal networks taking over underground markets. The junta claims law and order is under control, fewer protests and killings and military returning to employing non-lethal pacification methods. Dissent is less visible on the streets and in military’s estimate, resistance has peaked though it will not acknowledge this publicly.

The resistance, comprising a shadow National Unity Government, Civil Disobedience Movement and a People’s Defence Force supported by at least four ethnic armed organisations, has not lost steam even after four months. Attacks on military and police posts in the border States of Shan, Chin and Karen have attracted brutal reprisals. Unless the junta is reined in, Myanmarese fear an implosion (civil war) or/and explosion that would produce hundreds upon thousands more refugees fleeing to Thailand, India and China. Sanctions by the international fora — instruments to regulate the behaviour of the military — have not worked. A regional process of conflict termination and dispute resolution has made no headway even in selecting the Asean envoy eight weeks after it held a meeting in Jakarta on April 24, which produced a wobbly five-point consensus — locating an exit strategy for the military based on constructive dialogue, release of all prisoners, ceasefire and restoration of normality. The UN, G7 and India, among others, have supported the Asean peace initiative.

China has signalled its willingness to help if and when the regional process fails. Suspicion about Chinese hand in the coup is rampant in the country as Beijing’s stakes are very high. Most of the arson is of Chinese assets which two months ago was estimated at $37mn. Over the years, a love-hate relationship has developed between China and the military. But, more recently, China had established very productive relations with the NLD leadership. It is clear the junta will not allow the Chinese to meddle in its internal affairs, especially when anti-China sentiment is high and rising. This is a Godsend for military supremo Gen Min Aung Hlaing who has removed the retirement age of 65 for him to serve indefinitely beyond July.

The kangaroo court set up by him to try NLD leaders, including Aung San Suu Kyi, met for the first time on May 24 and again on Monday. Her lawyer Khin Maung Zaw said that she’s being charged with “sedition and corruption to keep her out of the scene and smear her prestige” — euphemistically banning Suu Kyi and her party from politics and despatching her into oblivion is the junta’s exit strategy for her. The UN rights office has called the charges absurd and bogus. In its latest report, the Asian Network For Free Elections monitoring group has said that the results of the 2020 general elections were by and large representative of the will of the people.

Gen Hlaing pines for the Thai model and is an ardent admirer of Thai Generals. He has an excellent backchannel with former General and now Prime Minister, PM Prayuth Chan-o-cha. Gen Hlaing has said elections will be held when the situation will permit.

At play are two exit strategies with different endgames. The regional process or Asean initiative seeks to restore the hybrid power-sharing model through a negotiated solution as exit for the military. The General’s endgame is to debar NLD and retire Suu Kyi to ensure a USDP electoral victory. In the Burma coup, it is advantage Gen Hlaing.