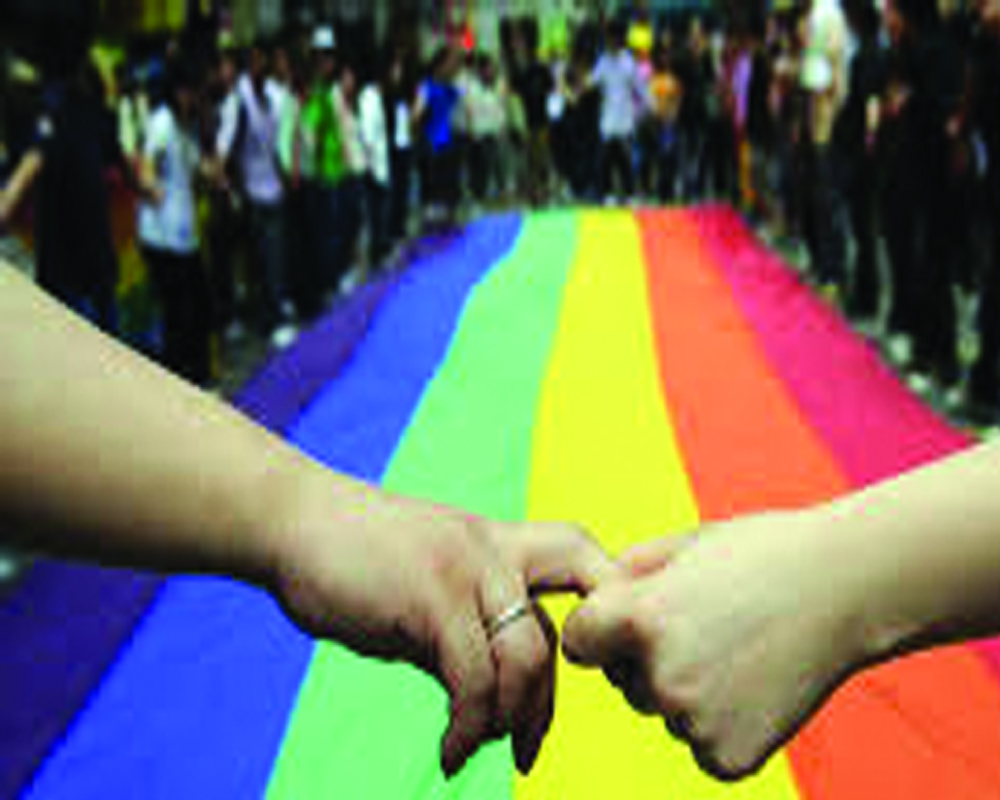 If same-sex couples can live together and adopt children, they can also marry

The Union Government is unlikely to support legal sanctions to same-sex marriages. Its stand in the Delhi High Court hearing a bunch of cases to approve such marriages is consistently against them. Solicitor General Tushar Mehta explained the Government’s stand in the Court once again this week. He is clear that marriage is permissible only between a biological man and a biological woman as per the law. For him, a spouse means husband and wife, as in a heterosexual couple. In the same case this February, the Centre said marriage depends on “age-old customs, rituals, practices, cultural ethos and societal values”. The Centre put forth four arguments. One, it is for the legislature, not judiciary, to enforce “social morality” based on “Indian ethos” that sanctions marriage. Two, marriage happens between two individuals and does not fall under an individual’s domain of privacy. Three, marriage is a public recognition of a relationship and statutory rights and obligations are attached to it. The final argument is clinching: same-sex individuals living together is incomparable with the concept of “Indian family unit” which means husband, wife and child. The Centre insists that the marriage of same-sex individuals can neither be a fundamental right nor can the right to privacy be extended to it.

The Centre’s argument draws strength from what the Supreme Court did not say in its landmark 2018 judgment in the Navtej Singh Johar vs Union of India case. The Court struck down section 377of the IPC that criminalised consensual sex between same-sex individuals. It said the Section “prohibits LGBT persons from expressing their sexual orientation and engaging in sexual conduct in private….” The Court decriminalised such consensual sex in ‘private’ but did not legalise ‘public’ actions like marriages between such couples. Legalising these marriages is a natural corollary to decriminalising sexual relations between same-sex individuals. Homosexuals, by extending the same logic, cannot be deprived of the reality of falling in love, getting married and living just like heterosexual couples. Denying them the right to marry is to stigmatise their relationships and that is a parochial and conservative approach in a world with fast-evolving social mores. Hitherto, Indian society lived by traditions that defined people’s limits, behaviour and duties according to their gender. However, things have changed. The rights and choices of the individual matter more than gender. Glass ceilings are being broken by women and now by members of the LGBT community. Adoption of children is as legal as natural procreation. Live-in relationships may be considered immoral by some but that they are not an offence in the eye of law. If same-sex couples can live-in and adopt children, revolutionising the concept of “family”, they can also marry. Society is made up of all kinds of individuals with exclusive rights to none. And no tradition is ever written in stone.