Running with the Bulls

Running with the Bulls 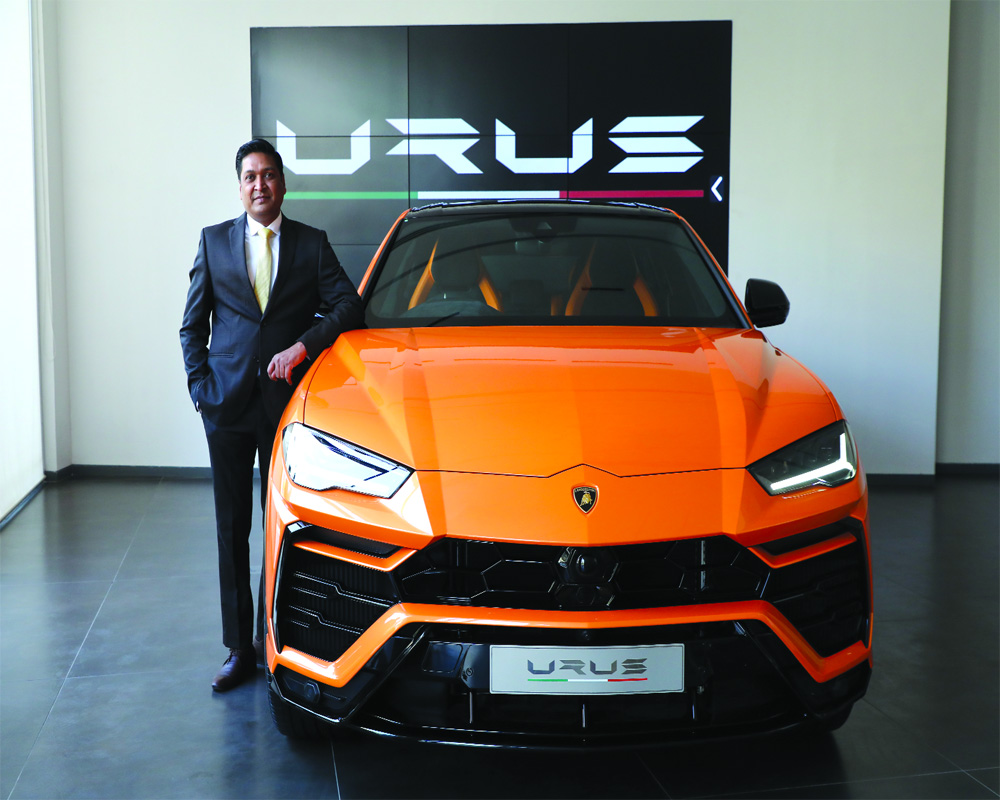 Lamborghini is India’s most successful ultra-luxury car marque. And they want to keep on growing

As a young boy, I had once bought an encyclopedia of world cars. If I remember correctly, it was for the years 1989-1990. The cover of that book, which must be in some trunk in my mother’s house now, was the legendary Lamborghini Countach. I even had a poster of this mad Italian supercar on my wall, its scissor doors alone making it the dream car for any young child. And if you were lucky enough to be able to go to the hotel we now call The Lalit in central Delhi, you would see hotelier Lalit Suri’s Lamborghini Countach parked right on the porch. Believe me, the car looked even more bonkers in real-life.

It is an abiding regret that I have not driven a classic Countach or even a Diablo, for that matter, but I have been fortunate enough to have driven the Murcielago, Diablo, Huracan and now the Urus in India. It has been a privilege to be able to drive these mean Italian machines. But that was also possible, thanks to a very odd quirk of the Indian market when it comes to ultra-luxury vehicles with a sticker price of two crores  and above. Lamborghini is a market leader in this slot which is evident from the fact that just three years after the Lamborghini Urus Super-SUV was launched in India in January 2018, the vehicle has cracked the 100-unit sales mark. When you think that the base price of the Urus is Rs 3.15 crore but given that, almost every car is customised, ex-showroom prices would easily top four crores. For example, if an Urus buyer takes the recently introduced ‘Pearl Capsule’ shimmering dual-tone paint job, it costs over Rs 50 lakh. So think about it, a single one of these cars costs as much as a hundred small hatchbacks!

In 2019, Lamborghini sold 52 cars, meaning one crazy car found a loving home every week. And it was the Urus that supercharged sales for the Italian carmaker in India. Sharad Agarwal, who heads the Italian brand in India, shared that it’s not just because of the appeal of the Urus’ 650 horsepower engine but the fact that it allowed owners to ‘share’ the experience. “You do want to take your family and your friends out for a ride in a car,” he told me over a recent lunch.

The Urus has been so successful in India, along with new variants of the Huracan supercar that Agarwal said that the sales in 2021 will be well over the 2019 figures, he, however, did not disclose how many cars Lamborghini India sold in 2020. But he did add that while in the beginning customers deferred deliveries because of the potential of bad optics of taking an insanely expensive vehicle while the economy was suffering and millions lost their jobs, towards the latter half of 2020, many potential customers who had put off buying a supercar -- either a Lamborghini or that ‘other’ Italian brand --  “realised that life is too short to put such things off.” The problem is that it wasn’t just Indian buyers who had that realisation post-pandemic.

“Getting slots is a challenge. We get five-six slots for India every month right now, but the fact is that if you book a Lamborghini today, it would only be delivered in March 2022.” However, Lamborghini India ensures that customers are kept engaged during the entire process. “There is a significant downpayment but customers get a large-scale model of the vehicle which is a replica as they specified -- the colours, the interiors, the wheels — everything. So once the model is on his or her table, we know that we have just whetted their appetite for the finished product.”

Can this segment grow further? Agarwal believes it can but gives the example of Thailand. “In Thailand, the duties on imported cars is actually far higher than in India, if you can believe that with taxes coming to over 300 per cent. Yet, the ‘ultra-luxury’ segment in Thailand is around 700 vehicles annually compared to India’s 300 at best. So it isn’t just taxation that impacts sales, but also the conflation of personal and company wealth. We still have an old-school mentality in this country about wealth. That is changing these days, but I hope that as the economy grows that becomes less pronounced.”

One can only hope that teenage boys of today will look out of their windows on Gurugram’s Golf Course Road or wherever they live and stare at amazement at these new Lamborghinis as I stared at Mr. Suri’s one back at his hotel. These are special cars and deserve the eyeballs and the dreams that they inspire.