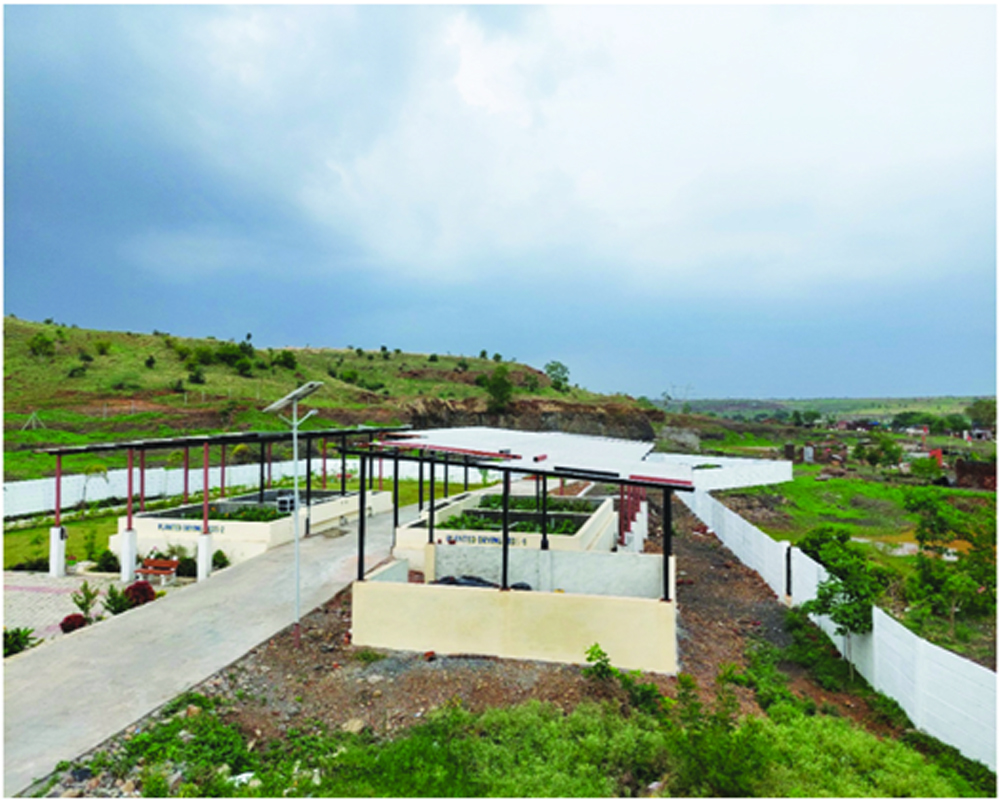 Recently a photo went viral on social media and made hears turn — the photo of 72-year-old Padma Shri awardee Tulsi Gowda clad in her tribal attire sans footwear. That photo singularly underlined the Government's commitment to reward the champions who have been contributing at the very roots of the society, away from the spot light, silently working with sage-like focus. A similar photo had gone viral in 2016, the photo of Prime Minister Narendra Modi bowing to 105-year-old Kunwar Bai who had sold 10 goats, most of her assets, to construct toilets in her village. These visuals are as poignant and worth celebrating as our achievements in numbers and data.

When India achieved open defecation-free status by constructing 108 million toilets, it was as much Kunwar Bai's victory as it was the Prime Minister's.  Champions are not always the by-product of Government's policies. Sometimes policies take inspiration from champions. As the Prime Minister often quips, when each Indian takes just one step, India takes 135 crore steps forward. Mass movements like Swachh Bharat Abhiyan, Jal Shakti Abhiyan, Jal Jeevan mission and most recently the vaccination campaign are living testimonies of this adage.

Poignancy and inspiration aside, heralding a movement and giving it momentum is only a single domino in the policy value chain. To sustain the momentum and to discourage any roll back to past habits is a much bigger challenge, one that requires immense technical expertise and infrastructural needs. For this purpose,examining all the stationary and moving parts in the sanitation value chain, i.e., containment, emptying, transport, treatment and reuse or disposal of faecal waste is of prime importance.

In light of these facts, the Government of India approved the Swachh Bharat Mission (Grameen) phase 2 with a total out lay of Rs 1,40,881 Crore with focus on sustainability of ODF status and solid and liquid waste management.

The centre piece of this large problem and one of the biggest riddles to solve is Faecal Sludge Management (FSM), a critical yet challenging part of "Open Defecation Free" plus India.

Along with construction of community toilets, effective management of solid and liquid waste and visual cleanliness of villages, ODF Plus counts as major focus area of Swachh Bharat Mission Grameen Phase II. FSM is critical for delivering safe sanitation in rural areas due to the considerable number of toilets linked to on-site sanitation, such as septic tanks and single pits.

The magnitude of the challenge ahead compels us to identify best practices and case studies. An example worth mentioning is of Kalibillod village in Indore district, Madhya Pradesh. The Kalilbllod Faecal Sludge Treatment plant operated and maintained by the Gram Panchayat caters to 45,870 people in a cluster of three Gram Panchayats and has a capacity of 3 Kilo Litres of faecal sludge. Service providers collect 3000 litres of sludge every day which then goes through a sequence of treatments, the end result being the treated effluents that end up beautifying the landscape.

Kalilbillod is one example on a board studded with other champions, each customised to fit local conditions and challenges. Rural India throws a gargantuan obstacle in front of any initiative in this sector. The obstacle being the non-existence of sewerage systems in rural India, thus putting maximum onus on the safe management of faecal waste. Barring twin leach pits other containment systems like single pits and septic tanks require emptying removal of faecal sludge.

The reason why Swachh Bharat Abhiyan saved Rs 50,000 per household per year in terms of health and mandays was only because of the brilliance of introducing twin pits without which SBM would have been the harbinger of a much bigger and much more unsolvable problem. A twinpit is a perfect example of this Government's foresight, as it provides on-site treatment at ultra-low cost otherwise 108 million toilets built without twin pits would have destroyed whole eco-systems, poisoned our ground water and in general made life a stinking hell for everybody.

The scale of the challenge mostly bears its origins to pre-Swachh Bharat days where toilets were constructed without much thought about their sustenance. What SBM is doing presently with Faecal Sludge Management is undoing mistakes of the past, preventing seepage of faecal pathogens into ground water and water bodies because of poorly built sanitation systems. The faecal management space is crowded by small scale, unskilled, informal often non mechanised service providers and to build sense into this chaos, to bring discipline into the system is a tough challenge that we will be facing along the path. Institutionalising best practices is one of the ways forward which we have discussed earnestly in this article. The magnificent twin pit system makes itself known once again as we are also rapidly converting single pits into twin pits. For septic tanks, leach pits are being built for septic tanks to dispose partially treated waste water.

The theme for World Toilet Day 2021 is 'Valuing Toilets.' If there is any country on the planet that has truly valued the toilet, it Is this country under this Government. Where others saw waste, we saw a means to uphold self-esteem of women, where many saw toilets as a topic beneath the status of a Prime Minister to discuss, he spoke about it from the ramparts of the Red Fort. He made it his life's mission and millions like Kunwar Bai joined in this march. Now the baton has been passed for the SBM Phase-2, and I am confident that by 2030, Goal 6 of Sustainable Development Goals, i.e., water and sanitation for all, will be achieved. It will be a proud achievement standing on that pedestal, and as a nation, we are prepared to retain our position as champions of sanitation, prepared to make ourselves proud once again.

(The writer is the Union Minister for Jal Shakti, Government of India. The views expressed are personal.)