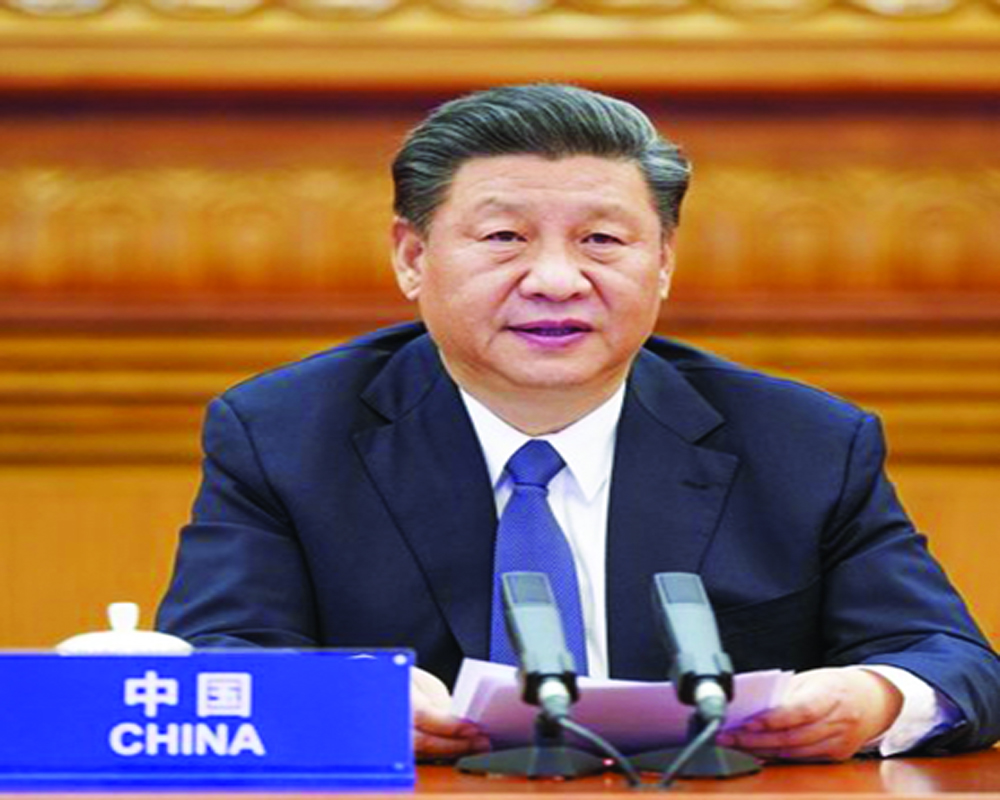 For the first time, the grouping appeared to unite against China, highlighting issues the country would want to brush under the carpet

China is not a member of the G-7 which met recently. It was not a formal topic of discussion at the meeting either. However, it is said the three Cs — Coronavirus, Climate, and China - dominated the grouping much of whose deliberations, obliquely, had an anti-China tone.

Prime Minister Narendra Modi emphasized the role of 'democratic and transparent nations' in dealing with the Coronavirus pandemic, which simply means that we do not expect any solution from China about dealing with the pandemic because China is neither democratic nor transparent. The demand for a probe into the origins of the pandemic found much traction. A top member of the Biden administration stressed the need to respond to China's lack of transparency, poor environmental and labour standards, and coercive approach. The issues of Hong Kong's autonomy, human rights in the Xinjiang region, and peace and stability around the Taiwan Strait also resonated.

China must have felt isolated being distanced from the G-7 summit. An anti-China tenor was growing across the world in the last 16 months after the Coronavirus outbreak was sourced to that country. However, for the first time, the G-7, a grouping of the world's powerful countries, appeared to unite against China, highlighting issues the country would want to brush under the carpet.

Simultaneously, Quad, another powerful grouping of the US, India, Japan, and Australia, is conducting joint military exercises to neutralise China and curb its maritime power in the Arabian Sea and the Pacific Ocean. This is not only a powerful response to the maritime challenge India faces from China but also a vital condition for peace and stability in the Indo-Pacific region. The unambiguous statement of the G-7 on the security of the Taiwan Strait is in a way a direct challenge to China. The fact that all the Quad members attended the G-7 makes it a special event. It helps expand the scope of Quad itself.

China has been taking forward the Belt and Road Initiative (BRI) project and over 100 countries are its signatories. Coincidentally, Italy is both a BRI signatory and a G-7 member. Two special invitees to G-7, South Africa and South Korea, are also signatories. The G-7 summit boldly proposed the B3W (Build Back Better World) initiative to counter the BRI. This infrastructure building plan is being pushed by US President Joe Biden. Till two years ago, it was thought impossible to stop the BRI project, but the G-7 has taken a step in that direction.

It is important to point out that if China's ambitious BRI is curbed and US-backed B3W is promoted, India is expected to be a big gainer not just strategically but also economically. The BRI project is dominated mainly by Chinese banks and institutions and Chinese infrastructure companies (mostly from the public sector). Due to theiropaque and discriminatory business approaches, not only were the countries that signed up feeling the increasing debt burden, but were also experiencing growing political interference from the Chinese establishment. In contrast, B3W will both be transparent and beneficial for member countries. For instance,infrastructure companies in countries like India will get big business opportunities and economic development will get accelerated, while at the same time curbing China's dominance. For a long time, China had been capturing the world's markets through its ever-expanding industrial production and has increased its economic clout. On the strength of its increasing economic and military power, it has been intimidating its neighbours and trying to grab their land. The G-7 stand will boost the confidence of these countries. For the last five years, several countries in the world including India are becoming sensitive and protective about their industries and economy. The efforts of 'Make in India' and 'Self-Reliant India' calls are intended to reduce dependence on China. In such a situation, it will not be easy for China to maintain its pace of growth.

For some time, China had become arrogant because of its economic and military power and clout. That is why official statements from China used to be combative. However, seeing the aggressive attitude of the world, China has now softened its posture under the impression that its changed behaviour might douse the world's growing anger.But that is not all. China is also on targetabout the origin of Coronavirus and its spread. It can be said that China should be worried about the increasing global mobilisation and undoubtedly, to save itself, China willlet go of its arroganceand its economic and military aggression. Perhaps this will pave the way for peace in the world.

(The author is Professor, PGDAV College, University of Delhi. The views expressed are personal.)