The microplastic pollution in Ganga

The microplastic pollution in Ganga 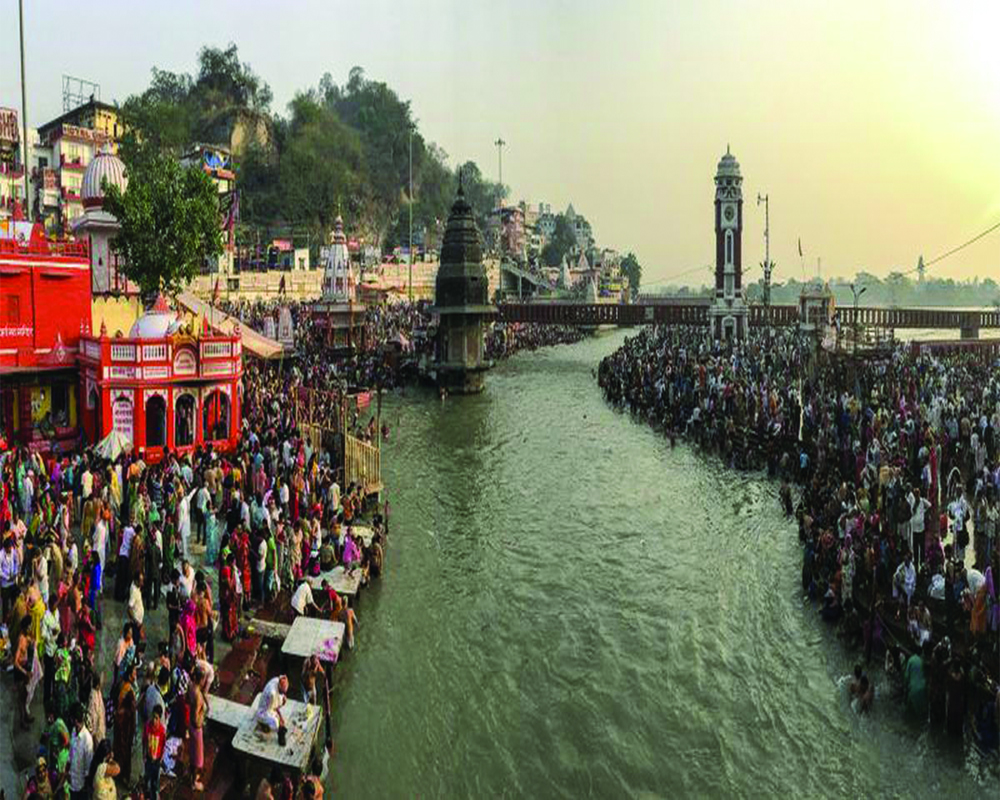 Microplastics are now the prime pollution content at Varanasi, Kanpur and Haridwar

The Ganges, the most revered river in India, is fast becoming a tragic casualty of callous anthropogenic pollution. In the last decade, pollution levels, especially faecal coliform bacteria, in the Ganges have been mounting- the impact of 400 million people living on its banks. Samples collected at Varanasi have repeatedly shown coliform levels 100 times more than the prescribed limit. The pilgrim city with one million population releases 200 million litres of untreated human sewage into the Ganges every day. The Ganga Action Plan was a ray of hope that promised to help clean up the river but that proved to be a mirage. The Plan launched by the government amid much fanfare failed to rein in the pollution thanks to widespread corruption, lack of required technical expertise,and the poor government will. These issues were further exacerbated by the absence of support from the native, religious bodies, and environmental planning. The result was the failure of yet another attempt to cleanse the river that was overburdened with the sins of human pollution.The World Bank report on the state of water resources in India estimates that the health costs of water pollution in India would amount to three per cent of India’s GDP and nearly 80 percent of the nation’s illnesses and one-third of the deaths would be attributable to water-borne diseases. The Ganges is precisely confirming the predictions. Even as the people, the government, and the river itself battle with the overbearing levels of pollution, a new study by an NGO,Toxic Links,has found that the microplastic levels in the Ganges have zoomed and according to the report’s findings, the Ganges now has the dubious distinction of having the world’s highest concentration of microplastic pollution for a major river. Microplastics are less than 5 mm in size and now occupy the prime pollution content in the Ganges at Varanasi, Kanpur, and Haridwar. The report has found the extreme use of plastics in religious offerings to the river to be behind this mega spike in microplastic content in the river water. This rise in plastics has serious implications for the environment and humans alike.

The presence of ethylenevinyl, polyacetylene, and polyamide in microplastics have dangerous implications for human health and can cause toxicity through oxidative stress, inflammatory lesions, and increased uptake or translocation. Several studies have also demonstrated the potentiality of metabolic disturbances, neurotoxicity, and increased cancer risk in humans due to sustained exposure to or ingestion of microplastics. As rivers are essential lifelines for humans and a source of irrigation for agriculture, there is a need to stop our rivers from becoming “microplastic hotspots”. This will protect not only river water biodiversity but also human health. Given the seriousness of the microplastic pollution affecting the Ganges, the government must undertake immediate remedial measures to curb this form of pollution. It is critical to study and adopt the best practices currently being followed across the world to control microplastic spread in water bodies. The first step is to ban single-use plastics and secondly, there is a need to adopt cutting-edge technologies such as the membrane bioreactor technology whereby fibres are used to treat wastewater to filter out microplastics. Similarly, nanocellulose membrane filters are being developed to take the battle against microplastics in water to the next level. With these exciting developments already taking place in the world, India cannot afford to be left behind and must take the initiative and adopt these technologies on the home front and save the precious river and water bodies from the menace of microplastics.