The misuse of law — a challenge to Indian judiciary

The misuse of law — a challenge to Indian judiciary 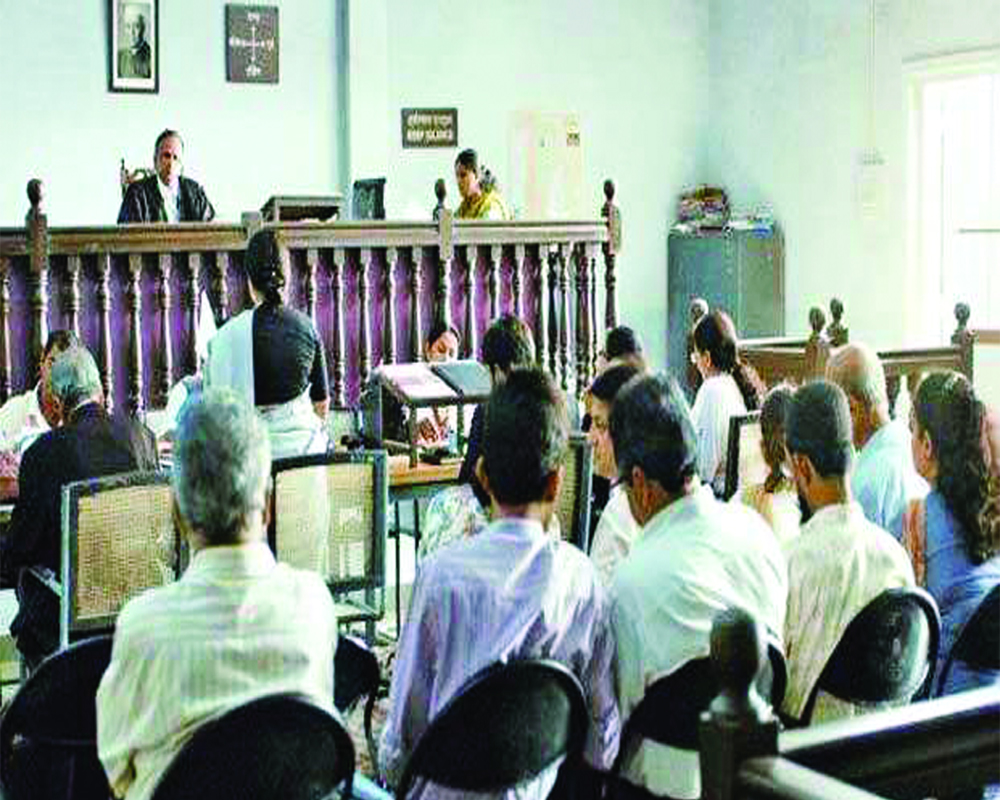 Efficient implementation of law is a pre-requisite for a stable and peaceful society and democracy is the torch bearer for a vibrant people-centric governance. The democratic fabric of a nation compliments the jurisprudence in ensuring the lawful governance. Over the years judicial activism through the Public Interest Litigation (PIL) has ensured that the derailment of the rule of law is prevented and the socially vulnerable sections of the society have immensely benefited.

The PIL concept was introduced by Justice PN Bhagwati. It refers to litigation undertaken to secure public interest and created an opportunity of justice to socially-disadvantaged groups and provided relaxation on the traditional rule of locus standi. Ever since its enunciation in 1980s, the judiciary has used it for the course correction of executive's functions and several landmark judgements have provided reliefs to affected citizens.

However, in India of late a serious problem of misuse of law is cropping up and threatening the jurisprudence. This writer has been a witness to such misuse of law both by the common citizens as well as people in power. He has recently written a book "Quest for Civility-an insight into Indian Babudom" on the misuse of power by people in authority.

The trigger for this article came from a newspaper report about challenging the appointment of Rakesh Asthana as the Delhi Police Commissioner under a PIL filed by a few non- government organizations opposed to the present dispensation at the Centre. Asthana has challenged it as misuse of law.

Now let us discuss it how his appointment was made and under what rule. The AllIndia Service officers IAS, IPS and IFS (forests) are recruited by the Union Government and it is up to the sweet will of the government to utilize them anywhere in the country or abroad in public interest. They can be granted extension in service or transferred from one cadre to the other if need be, depending upon their service records and the opinion of the government. Such action of the Central is absolutely within its power and cannot be challenged. The government will have its reasons for the appointment. Some officers may have their reasons to be disappointed with the decision. If affected officers had gone to the Central Administrative Tribunal it would have been justified and the case could have been decided on merit. However, how could an unaffected party challenge the power of the government? If the country allows such wastage of time on things based purely on ulterior motives or at the instigation of political leaders to regularly bring such matters in courts it would put the entire country's administration as well as security to peril.

There are many other instances of misuse of powers, however, which need the attention of Supreme Court, High Courts and lower courts as well as legislatures. Crimes against women are attracting the attention of the judiciary with stringent provisions but surveys had shown that most of the provisions of section 354 of IPC and the Dowry Prevention Law (Section 498A/ 406 of IPC) are the most misused provisions of law in India and yet no modifications seem to have been made in it. The provision, enacted to protect the dignity of a woman, has become a widely misused weapon by them and is used to harass and blackmail their husband and his family. Once an FIR is filed under 498A/406 (IPC) it becomes a tool in the hands of the police to harass the husband and all his relatives named in the FIR without even preliminary investigation.

According to a survey conducted by Fight against Misuse of Dowry law, 98 per cent of the cases filed under section 498A are false. One senior officer of Ladakh is facing a false dowry case and his father, a retired senior officer of 71 years, is running from pillar to post.  Similarly, section 354 is routinely used to harass men deliberately to settle property and other disputes. More than half of such cases ultimately prove false and no real punitive action is taken against the complainant.

The country needs to bring in a law to prevent misuse of law. If a case is dismissed, the complainant and others involved in the investigation and tendering of false witnesses must be punished. Only then the country's judiciary as well as the police and other agencies would be spared such wastage of time and at the same time the law protecting citizens would be implemented well.

(The writer is Chairman of Centre for Resource Management and Environment. The views expressed are personal.)