The police losing power to the BSF?

The police losing power to the BSF? 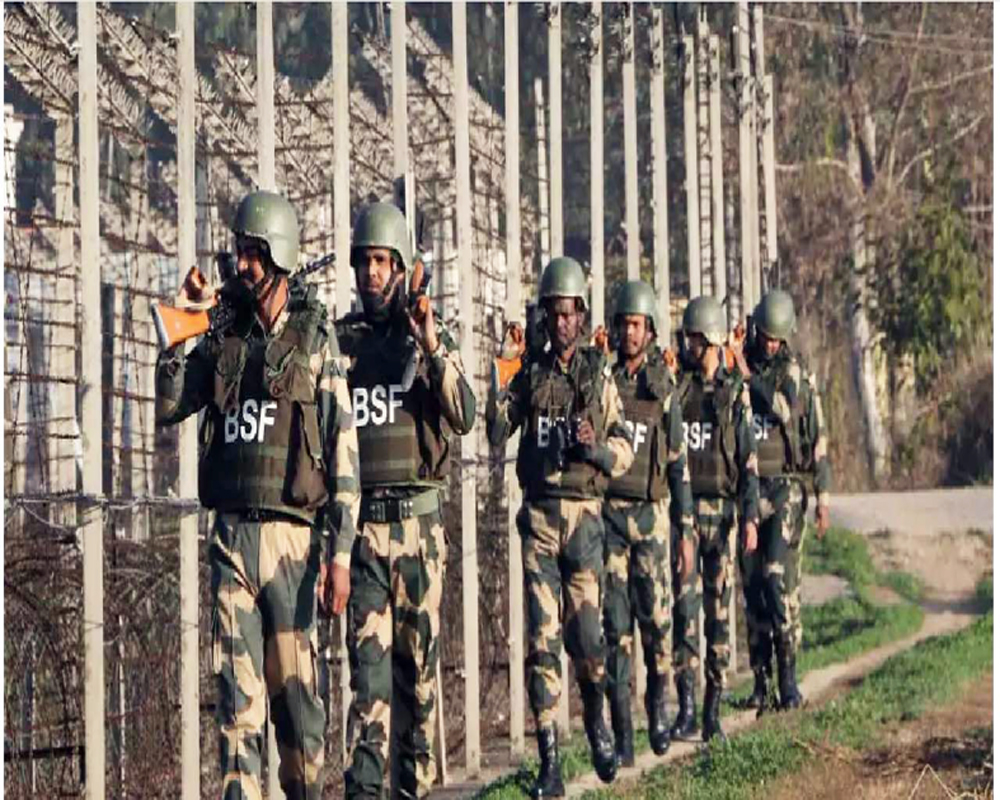 The Government has increased the jurisdiction of the BSF in border States to 50 km, which the Opposition parties haven’t received well

The gazette notification of the Ministry of Home Affairs (MHA) dated October 11, 2021 — amending the schedule of an earlier notification of July 3, 2014  in terms of extending the Border Security Force (BSF) jurisdiction up to 50 kms inside the international borders in Punjab, West Bengal and Assam — has been criticised by the Opposition parties, especially by the Governments of Punjab and West Bengal, accusing the ruling party for interfering in the federal structure of the States by curtailing the rights of the State’s police. The fresh notification outlines the BSF jurisdiction as “the whole of the area comprised in the States of Manipur, Mizoram, Tripura, Nagaland and Meghalaya and the Union Territories of Jammu and Kashmir and Ladakh and so much of the area comprised within a belt of 50 kilometers in the States of Gujarat, Rajasthan, Punjab, West Bengal and Assam, running along the borders of India”. At the same time, in the case of Gujarat, the Ministry has reduced the area of operation of BSF from 80 kms from the border to 50 kms. Earlier, the powers of BSF — which includes arrest, search and seizure — were limited to 15 Km in the States mentioned above.

Brushing aside the criticism, the Government clarified that it was acting within its jurisdiction by executing the powers available under the Border Security Force Act of 1968. The Government sources claim that the objective of this move was to ensure operational efficiency and bring in uniformity. The MHA sources defend the move on the grounds that in the past, the jurisdiction of BSF differed from State to State and the officials faced problems in mounting action even when they had definite information about a crime in areas outside the jurisdiction of BSF. The vast areas of Assam, Punjab and West Bengal are situated on international borders and face threats from hostile neighbours. The situation has only worsened after the establishment of the Taliban rule in Afghanistan. The seizure of 3,000 kg of heroin which came from Afghanistan in September, 2021, and the regular instances of insurgency in Jammu and Kashmir are cases in point.  The increasing instances of drone-dropped weapons and drugs in Jammu and Kashmir and Punjab were cited for bringing out this notification.

The States ruled by Opposition — Punjab and West Bengal — argue that law and order is a State subject and enhancing the jurisdiction of BSF infringes upon powers of the State Government. According to sources, the BSF is not authorised to take legal actions or file chargesheet in a case. Every arrested person or seized item by the BSF has to be handed over to the State police or Customs, as the case may be. The local police can take actions without the interference of the BSF, even in areas that fall under the BSF’s jurisdiction. At times, when a crime is reported in areas away from the local police stations, the BSF has to take action till the police reach the spot. Hence, the role of the police and the BSF is to complement and supplement each other.

Now, the question is whether this notification would impact the jurisdiction of State police? The former Director General of BSF, Prakash Singh, commenting on this move said “The jurisdiction of the State police has neither been curtailed nor its power is reduced in any manner. It’s just that the BSF will also be exercising the powers of search, seizure and arrest, in respect of only the Passport Act,1967, the Passport (Entry into India) Act,1920 and the special sections of the Criminal Procedure Code. It is merely an enabling provision aimed at strengthening and complementing the efforts of the State police. The BSF would, in any case, be handing over the accused together with the seized contraband to the local police. The power to register the FIR and investigate the case remains with the police”, he added.

However, it is interesting to note that both the ruling party and the Opposition stand exposed as far as their stand on this issue is concerned. The UPA Government — when in power in 2011 — had introduced a Bill in the Parliament to provide the BSF the power to search, seize and arrest in any part of the country where it was deployed. The bill was dropped because the then Opposition had opposed the move. On the other hand, in 2012, Narender Modi, as the then Chief Minister of Gujarat, wrote to the then Prime Minister of India, Manmohan Singh, accusing the Centre of weakening the country’s federal structure, calling the move an attempt to “create a State within a State”. Now, the Narender Modi led Government is doing the same and the Opposition is in a protest mode. Evidently, the stands of politicians and political parties change as per their interest.

Undoubtedly, India is a federal State where police and law and order are the responsibility of the States. But, as stated by Sir Ivor Jennings, “India has a federation with a strong centralising tendency”. In extraordinary situations, the will of the Central Government prevails and it may override the autonomy of the State when it comes to external threats. The best way to do it in a democratic country is to take the States in confidence and convince them of the need for taking the required action in the interest of the country.