The west asian quad, as they say!

The west asian quad, as they say! 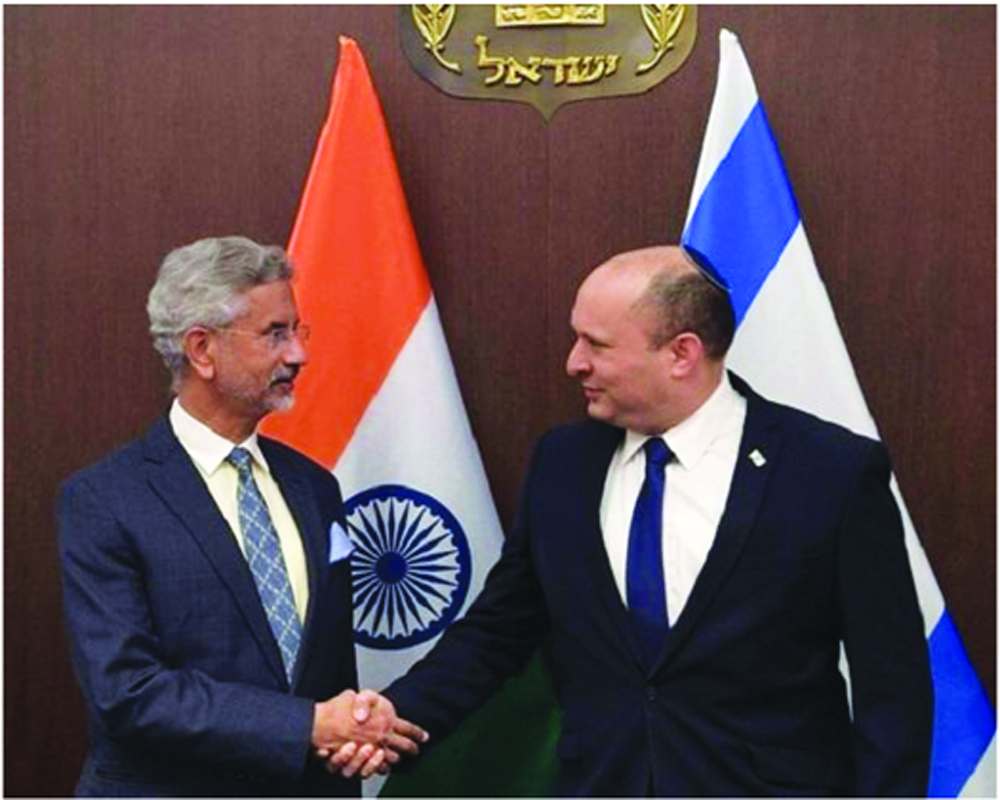 For the first time, India to have a dialogue with the UAE and Israel on the same platform

External affairs minister S Jaishankar had his first high-level engagement with Israel’s new Prime Minister Naftali Bennett. He also addressed a virtual conference of foreign ministers of India, the US, UAE and Israel — a body touted as the West Asia Quad sharing issues of common concern. This is a first from many perspectives. It is the first time India has chosen to engage on a joint platform with Israel and the Arab world. India has so far engaged with Israel on a whole lot of issues while shying away from making any direct comments on the relationship between Israel and the Arab world. Parallelly, India has been a key trade partner with the oil-rich Arab world, one of whose key members is the UAE. For the first time India has chosen to have a dialogue with these two strategically important nations on the same platform. The US has always played a key role in West Asia. However, it has always been dubbed as a shadow player pushing its own interests through various sovereign Governments in the region. Most of this changed last August when the US facilitated a historic regional cooperation dialogue called the Abraham Accord. The US government under new president Joe Biden carried forward from where Donald Trump left. This October, the US, Israel and UAE launched two working groups, the focus of which will be on water, energy, religious co-existence and tolerance. However, to be in the same room with India would be a first step towards a long-term multilateral play for the US. The third most significant aspect of this meeting would be a complete reimagination of engagement and influencing opportunities for the US, Israel, India and UAE. These four countries have robust bilateral relationships amongst themselves and sometimes even trilateral engagements. However, the four strategic partners coming together and keeping China out of the equation is a vociferous call for identity as an important partner in the region for like-minded countries or groups to align. It sends a strong voice end to end, horizontally across the globe. Now comes the crucial aspect of deciding on the future agenda of this group of nations to engage meaningfully.

Those who have dubbed this group to be the second Quad of West Asia have talked about quickly summoning a head of Government level in-person meeting with a progressive agenda. On the table could be an assortment of committees drawn from the best in the four countries into sectors such as technology, cyber security, space explorations and mining, climate change, energy conservation, terrorism and security and cultural exchanges. The group, meanwhile, has announced the formation of an international forum on economic cooperation and a joint working group with focus on infrastructure projects, transport and technology. Some of these nations could also have trilateral trade agreements given the economic angle of the relationship. At this stage, putting a military partnership angle to this group would be premature given the sensibilities involved. In my view this group should also try to put a nomenclature to their partnership like, Indo-Abraham accord which has been suggested by some policy pundits. India has a strategic yet nimble role to play in the region, given the evolving scenario within its borders, in its immediate vicinity, and at multilateral platforms. West Asia will remain home to nearly eight million diaspora and the numbers will grow. The dependency on each other for items ranging from oil to oceans will multiply. The time calls for deeper engagements and India should try to lead from the front on multiple platforms.