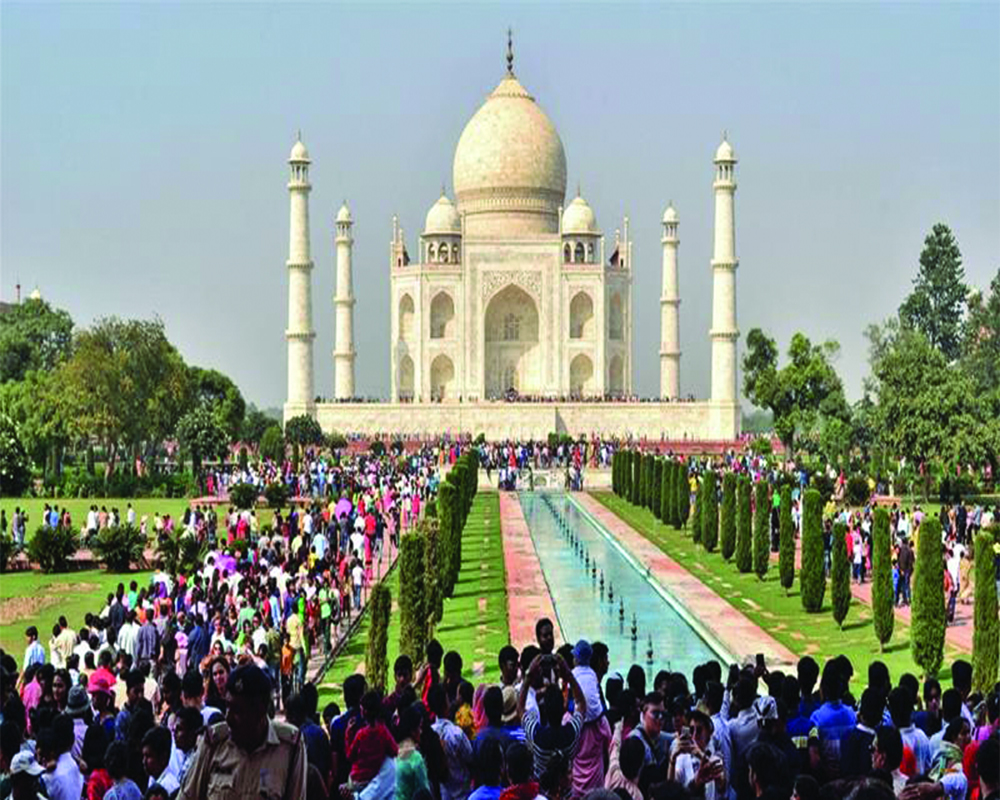 Contrary to popular perception that international tourists bring in all the lucre, it’s actually domestic travellers who set the cash registers ringing

Tourism, along with travel, is one of the largest service industries in India, estimated to be worth over $200 billion in 2018. However, being one of the most contact-intensive and socially active sectors, tourism has been among the hardest hit by the Covid-19 pandemic. The consistent rise in the number of infections and mortalities and consequent protection measures like lockdowns, quarantines, and curtailment of travel through most of 2020 and the first half of 2021 wrought havoc on the industry.

The criticality of the tourism sector for India’s economy is evident from the fact that it directly contributed an estimated 2.7 per cent to GDP and 6.7 per cent to the employment of the country in 2019-20. And if the indirect shares of related services were to be included in these estimates, the corresponding shares would go up to 5.2 per cent and 15.3 per cent, respectively. These numbers are also substantiated by international assessments of the vast economic potential of one of India’s sunrise industries. And we are talking of really large numbers.According to the estimates based on the structure of India’s Third Tourism Satellite Account prepared by the National Council of Applied Economic Research (NCAER), tourism is expected to have exclusively generated Gross Value Added to the tune of Rs. 5.18 lakh crore (or $70 billion) and supported nearly 34.83 million jobs in India in 2019-20.

The latest Travel and Tourism Competitiveness Report (TTCR), released in 2019,also ranked India 34th out of 140 countries overall. As per this report, India improved its ranking in tourism competitiveness by six places in just two years, which was the greatest improvement among the top 25 per cent of the countries ranked. The TTCR, which is published by the World Economic Forum, ranks selected nations according to the Travel and Tourism Competitiveness Index, which scores from 1 to 6 the tourism-related performance of a given country in three sub-indices, viz., regulatory framework; business environment and infrastructure; and human, cultural, and natural resources.

In view of these remarkable growth figures achieved by the tourism industry in recent years, Covid-19 has undeniably acted as a huge dampener. Although tourism has seen a marginal revival post the decline in Coronavirus cases after the ebbing of the second wave during April-June 2021, the emergence of the latest variant of the virus, Omicron, again threatens to neutralise the gains of the last few months for the industry. In this context, it is important to take stock of the current situation and examine the potential gains and losses for the tourism industry to enable it to chart a roadmap for recovery and renewed profitability in the long run.

Another recent study by NCAER shows that the overall economy saw a decline of 20.1 per cent in the first quarter of the fiscal year 2021, and of 5.1 per cent in the second quarter, but rebounded to record a growth of 4.3 per cent in the third quarter, all in nominal terms.In contrast, the tourism economy or Tourism Direct Gross Value Added (TDGVA) saw correspondingly much greater declines of 42.8 per cent and 15.5 per cent in the first and second quarters, and continued negative growth even in the third quarter of 2021, recording a fall of 1.1 per cent. Commissioned by the Ministry of Tourism to assess the actual impact of the pandemic on India’s tourism sector in terms of loss of incomes and employment, the NCAER study also outlines the need for key policy measures to restore growth in the industry and offers recommendations for its renaissance, as it were.

The decline in tourist activity is largely driven by the near-complete halt in arrival of international tourists that caused the TDGVA to plummet by as much as 61.7 per cent in the first quarter of 2020-21 from the corresponding level of the previous year. However, NCAER finds that the fall in TDGVA resulting from a slump in domestic tourist arrivals has been much more conspicuous and 20-30 percentage points higher than the decline in foreign tourist numbers.

It is thus obvious that contrary to the perception that international tourists bring in all the lucre, it is actually domestic travellers who set the cash registers ringing for the industry. NCAER projects that domestic tourism, through sheer volumes, will primarily drive the recovery in the tourism economy, enabling it to regain its pre-pandemic level by 2024-25. However, given its huge volume in terms of the number of trips, the total tourism expenditure incurred by domestic tourists is well over 70 per cent higher than the total international tourism expenditure.

It seems that we have come a long way from the genesis of tourism as a global industry in 1937 when the League of Nations, the precursor of the United Nations, defined the term ‘tourist’ as ‘one who goes to another country for pleasure or business or for reasons of health’. The Government of India too accepted the definition, categorising a ‘tourist’as ‘a foreigner who comes to India for reasons of pleasure or sightseeing or in a representative capacity to attend a conference of an international character.’ This was reflected in India’s first tourism policy in October 1956 when the Estimates Committee of the Ministry of Tourism and Transport tabled a report before the Lok Sabha Secretariat, highlighting the need to promote India as a global tourist destination as the annual foreign exchange earnings brought into the country by international travellers had gone up from Rs 7.1 crores in 1951 to Rs 10.1 crores in 1955.

Today, however, the Government’s priorities have changed significantly. The current tourism policy, in line with the ‘Atmanirbhar’ initiative, focuses on primarily promoting domestic tourism to revitalise the sector through measures such as the ‘Dekho Apna Desh’ campaign after the suspension of international travel due to Covid-19. Prime Minister Narendra Modi too has urged all Indians to visit at least 15 destinations within India by 2022 to keep the spirits of the industry alive.

Speaking at the recent Travel, Tourism and Hospitality e-Conclave organised by FICCI, the Secretary, Tourism, Government of India, Arvind Singh, revealed plans to promote unknown tourist spots and lesser-known facets of popular tourist destinations in the country. A uniform policy engaging with all States to lift travel restrictions and boost domestic travel while following Covid-related protocols is on the anvil. This would be part of a new national Tourism Policy focusing on promoting sustainable and responsible travel for MICE (meetings, incentives, conferences and exhibitions) tourism as well as for wellness and eco-tourism. Accordingly, massive vaccination drives are reportedly being undertaken in tourist hotspots throughout the country, where travel and hospitality staffers are being treated as frontline workers.

The NCAER study also recommends the introduction of innovative measures in pandemic times to entice potential outbound tourists to visit ‘Swadeshi’ locales instead, and furthering the concept of ‘working holidays’ or ‘work from home by travelling to an interesting destination’, engendered by lockdowns and office shutdowns. As they say, every adversity nurtures a hidden opportunity. It remains to be seen if India’s tourism industry will rise to the occasion by uncovering this opportunity to rejuvenate itself while successfully deflecting the challenges posed by the virus and its mutations.

(Poonam Munjal is Senior Fellow and Anupma Mehta is Editor at NCAER. The views expressed are personal.)