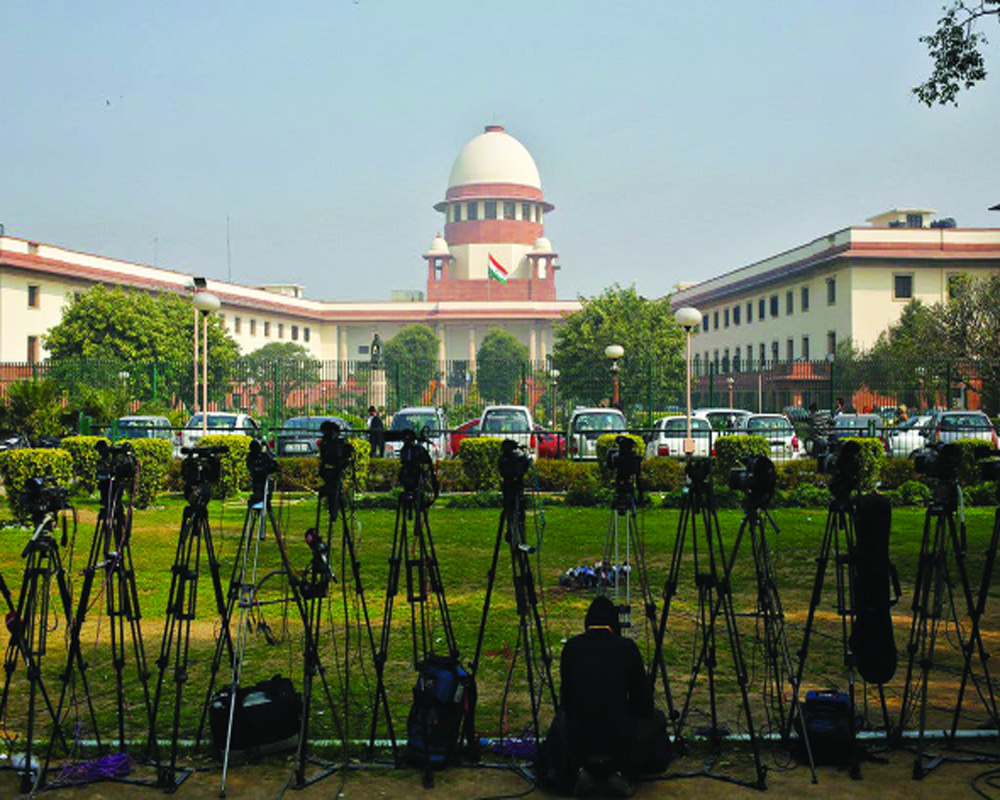 Article 15 is violated by Muslims themselves. A man is entitled to marry up to four wives but the wives cannot marry more than one husband

The Allahabad High Court has rightly reminded the Government about Article 44 of the Indian Constitution which is a Directive Principle of Policy, which was meant to be parallel to a fundamental right to be implemented in due course. This Article relates to a Uniform Civil Code or a common civil law. It is certainly not to be an imposition of Hindu law on all the communities. Yet, it has not been even drafted for a national discussion. To a lay Indian, this appears like a discrimination for two reasons.

All other non-Hindu communities like Christians, Parsees, Jews et al are happy with the civil law prevailing. Only Muslims are unhappy unless their civil rights under their law called sharia are allowed to be applied to the civil conduct of Muslims. Essentially, it boils down to marriage and succession rules, especially the former. All other subjects are happily applied to all, including Muslims; even the criminal law. Why this discrimination within a discrimination.

Sharia prescribes that if a person is charged for theft, the punishment is to chop off his hand. Muslims do not want this to happen. Possibly because the punishment is too harsh. Does the Indian Penal Code, originally drafted by Lord Macaulay, become superior to sharia because the former is more convenient? Article 15 of the Constitution begins with the prohibition of discrimination on grounds of religion, race, caste, sex or place of birth.

This Article, an exemplary one, is violated by Muslims themselves. A man is entitled to marry up to four wives but the wives cannot marry more than one husband. A husband can divorce his wife by swearing ‘talaq, talaq, talaq’ but a wife cannot do the same. For her, there is no talaq and her privilege is confined to khul which she can resort to when the two spouses agree that they have become inimical to each other and their union no longer serves the purpose of marriage. She can release herself from the power of her husband by inducing him to separate by paying him a compensation acceptable to him (adapted briefly from the Dictionary of Islam by Thomas Patrick Hughes published in India, Rupa & Co. 1999).

The discrimination continues; where one man is sufficient as a witness, two women are needed. This implies that a woman is half a human being or a man is a double human. Over and above, allowing a man to marry up to four wives, he is allowed to have as many female concubines or domestic slaves as he wishes. A Shia is also allowed temporary marriages which are called mutah. These privileges enjoyed by men and the discrimination against women may seem unequal or unfair, the conditions of women before the advent of Islam were far worse. The women were extremely degraded in Arabia. They were chattels and an integral part of the estate of a man. Frequent unions between sons-in-law and mothers-in-law were called Nikahu-al-Maqt and Prophet Muhammad abolished such hideous practices which were prevailing in old Arabia. In other words; Sharia was a vast improvement on what prevailed before.

At one stage in time, Islam was a progressive religion. As it happened some five centuries after its beginning,

ijtehad (reinterpretation) by men in power was stopped. Thereafter, taqlid (orthodoxy) has prevailed. Apparently, men currently in power are handicapped by this injunction. Unless the Government intervenes, reform is obviously difficult. In this unfortunate situation, Muslim women, by today’s values and standards, are sinned against.

What about the citizens of India who belong to other faiths? Those men cannot be called sinned against but certainly are discriminated against. This is a phenomenon prohibited by Article 15 of the Constitution. Which is greater? The sacred law of a community? Or the Constitution of the country? Some may argue that the latter is amendable and has been amended some one hundred times. Whereas with the advent of taqlid a thousand years ago, Sharia in India has not been reformed. What then is New Delhi to do? Reform and progress or stay put and stagnate? Do not change and discriminate against the kafirs. In the ultimate, is it a choice between momins and kafirs and additionally between momin women and their men? Therefore, potentially half the momins are for change, justice and progress. The tarazu or weighing machine of human justice goes in favour of a Common Civil Code.

The long delay on part of the Government is explained by electoral considerations. In answer to a member’s question after passing of the Hindu Code Bill, Nehru told Parliament, “Well, I should like a civil code which applies to everybody, but wisdom hinders. If he (the member) or anybody else brings forward a Civil Code Bill, it will have my extreme sympathy. But I confess that I do not think that at the present moment, the time is ripe in India for me to try and push it through. I want to prepare the ground for it”.

It was believed, and right so, that Muslims voted solidly at election time, up to 90 per cent. The rest of the electorate in the earlier polls generally cast only about 40 to 45 per cent. The Muslim vote was thus considered twice as effective. It is no wonder that political parties chased it by pampering it.