When we wrong our own people

When we wrong our own people 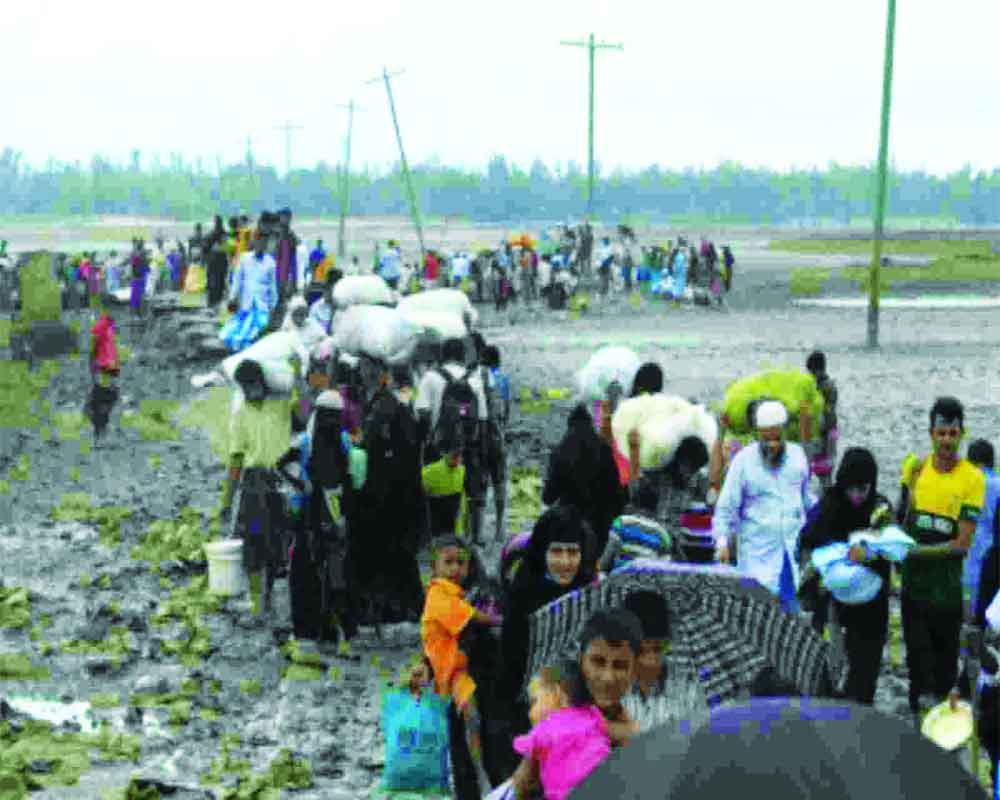 Mizos clamour for closure so that the burden of ‘Zoram Day’ and life in PPVs can be relieved. Closure and acknowledgement will sow the seeds for a deep reconciliation in the future

Half a century ago, an entire populace of a largish Indian town vanished into the jungles in a matter of hours. They converged in the neighbouring satellite villages and silently watched the city burn from a distance; an event now remembered as the ‘Zoram Day.’ And now, while millions of citizens of this diverse land go on with their daily lives, the pervasive forgetfulness of a nation that takes its history lightly cannot relegate painful memories of a catastrophe that continues to evoke strong opinions among the old and the young of Mizoram.

For, it was the day when we bombed our own people. And how can the memories be wiped clean — when shell casings are still found in nooks and corners of Aizawl and elders talk of the event in a hushed tone? Yet, sitting in an overcrowded Sumo Maxi-cab, a friendly Mizo neighbour narrates his story nonchalantly as he chews a heady cocktail of fresh betel nuts. Friendly, warm and at ease with nature, the Mizo also happens to be one of the last remnants of a true ecosystem community in India.

As he speaks, it becomes apparent that as proud custodians of one of the most forested States in the nation, Mizos make constant efforts to protect their natural landscape. The younger generation is aware and they take steps to protect the ancient forests. Several initiatives to protect water sources are ongoing. However, the high forest cover is deceptive with almost 67 per cent of forest area categorised as open forest. With the increasing threat of plantations and barely 200 square kilometre of very dense forest remaining, Mizos are taking an active interest in protecting their land.

Hearing these stories while driving in the State makes the hill more mesmerising than at first glance. Seeing their sustainable lifestyle, one wishes that the rest of the country was as environmental conscious as the Mizos.  But then, your co-passenger reminds you to visit prominent landmarks in Aizwal. And you visit the graveyard there. Criss-crossed with graves and a small monument, the first reaction of a visitor is usually “It must be related to the Japanese Invasion”. But that is not the case. The graveyard commemorates the Mizo people who died during the period of conflict in the 1960s and 70s. The monument was a reminder of the rarest of rare atrocity that a State could perpetuate against its own people — bombing the town using fighter jets of the Indian Air Force (IAF).

During the turbulent times of the insurgency in February 1966, the Mizo National Front (MNF) launched ‘Operation Jericho’ to throw out the security forces stationed in Mizoram — launching simultaneous attacks on Assam Rifles garrisons in Aizawl and Lunglei and capturing several significant buildings including the Government treasury at Aizawl. The front subsequently declared independence from India forcing the then Central Government to take a step that is unprecedented in India’s post-Independence history. On March 5, 1966, fighter jets of the IAF strafed Aizawl with machine gunfire.

The jets returned on March 6 to drop incendiary bombs. This bombing continued till March 13 with significant damages reported across the town. Then just as suddenly as they started, the bombings stopped and temporary peace was restored. It is a story that has few parallels in modern Indian history. Unbelievably, it is true and the collective scars of those days constitute a significant portion of the memories of all Mizos who remember the event in precise details while the rest of us are blissfully unaware.

The anti-establishment movement finally came to an end in June 1986 when the Mizoram Peace Accord was signed between the MNF and the Government of India. As per this agreement the region was given statehood and the separate State of Mizoram was born in February 1987. MNF chief Laldenga became the State’s first Chief Minister.

A young local stooped over a mobile phone, mentions wistfully that his generation looked at the events of those days through history books and often cannot relate to the events. But it is the elders who have a painful memory and do not want to talk about it. Many elders fall into a chilling silence and seem to want to forget it. But he goes on to add that there are a lot of people who keep the memory alive, especially the younger generation, some of whom have made short films on the era.

Local organisations have also worked hard to claim compensation for victims who faced atrocities during those years. As he succinctly mentions, “The collusion of the sufferers”, especially the old, does not wipe out the memories of the days.

Late in the day, a jarring feeling returned. And it was then, that a Mizo friend spoke about the unnaturally hanging villages by the roadsides. After the bombings of 1966 which was not even officially accepted by the Government till the 1980s, the Government decided to create Protected and Progressive Villages (PPV). A misnomer if there ever was one, the authorities herded villagers from across the tiny hill State into 110 such camps and sowed the seeds of an undisguised annihilation of traditional customs.

The sociocultural impacts of forcing communities to leave their traditional lands while their lives burnt to the ground is felt to this day with a bewildered community still searching for answers for that senseless act of brutality.

For many people, the bombing was a minor event when compared to the PPVs. These forced segregations had a long-lasting effect on Mizo society as many people lost their ancestral bearings. The pain was not even about burning of assets, but the perceptible change in societal norms with people forced to live in proximity with other villagers.

The widespread human rights abuses, pervasive food shortage in a new place, and a growing disconnect from their ancestral villages, have left a scar. Even after the PPVs were disbanded and many people returned, they reverted to a broken society. Many did not even return and continued staying near the camp grounds.

The break up meant that many small clusters of pseudo-villages came up in the State. Administrative decisions on developing infrastructure in the villages became a challenge as choices had to be made upon where to start a school, which village should get a water supply and so on. The results have been long drawn but often visible in the faces of children who must walk long distances to attend school, increased isolation and poverty, poor healthcare and scanty water supply, the hinterland is still picking up the pieces from living forcibly.

The Mizos do not ask for much, as those lucky enough to make the arduous journey to the Mizo hills will attest to. They love unconditionally and care for their land as few other communities do. Above all, they exude the same extraordinary warmth that many hill communities display — be it the Himachali, Uttaranchali, Sikkimese and Arunachalis. However, the Mizos do clamour for closure so that the burden of ‘Zoram Day’ and life in PPVs can be relieved. Closure and acknowledgement of those days will sow the seeds for a deep reconciliation in the future.

The writer is Assistant Professor at Azim Premji University. The views expressed are personal.