Why do we need nurses with disabilities?

Why do we need nurses with disabilities? 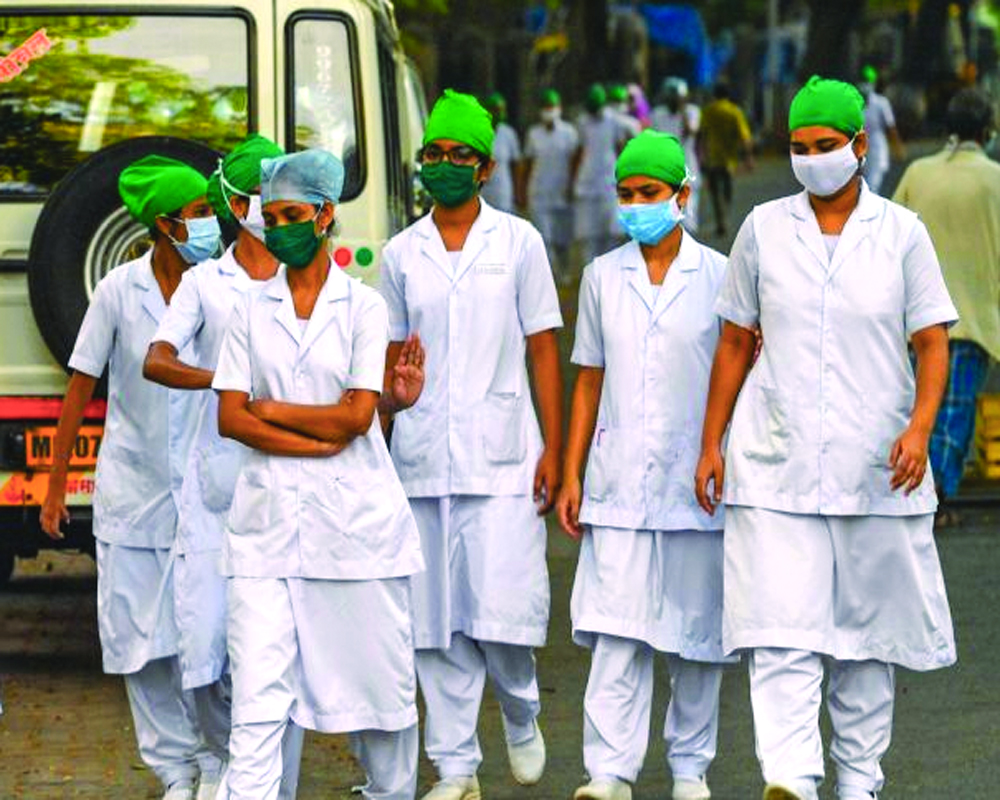 From this year onwards, B.Sc.(Nursing) admissions will be made through NEET, which were conducted last Sunday. I received a panic call from the father of a young girl who was considering nursing admission but she had three missing fingers in her non-dominant hand and a curvature in her spine. The father was concerned about the National Testing Agency's urgent public notice for B.Sc. (Nursing) course aspirants in NEET 2021, which cited an Indian Nursing Council (INC) letter stating that disability reservation is only allowed for physical disabilities of 40-50 per cent and of the lower extremity. It is strange, because how could this be possible after the enactment of the Rights of Persons with Disabilities Act (RPDA), but INC has published a gazette notice announcing this clause as well as revising its nursing curriculum for the first time since 1947. It will be implemented beginning with the new batch.

Unfortunately, the discriminatory National Medical Commission (NMC) standards for applicants with disabilities were framed by a single, non-disabled expert from this subject from a premier institution in India, who decided the ablest requirement of “both hands intact” as a must-have for MBBS admission. The Delhi High Court will be hearing a case of a girl with an amputated arm who passed the NEET exam last year but was denied MBBS admission to Lady Hardinge Medical College, causing her to lose an academic year. Thankfully, the Supreme Court and the Goa High Court have already granted MBBS admission to girls with an amputated arm in Gujarat and Goa, respectively.

The INC does not need to repeat NMC's embarrassing gaffes. The INC's new curriculum mentions the keyword "dignity" six times, whereas NMC's patented competency-based Medical Education Curriculum does not. In the Convention on the Rights of Persons with Disabilities, which India has ratified, and in the preamble of the RPDA, dignity is a key component.

Learning disability is now a specified disability under the new law, and it is included in the 5 per cent reservation in higher education. But where are the dyslexic doctors and nurses in India? In India, you will only see nurses who are “one-legged” or “both legs disabled.” Yes, this is the vocabulary used by the Ministry of Social Justice and Empowerment and the Ministry of Health to identify, stereotype, and ‘otherize’ us in employment.

After my litigation in the Delhi HC, which pushed NMC to allow persons with disabilities of more than 80 per cent, INC's counterpart has accepted disabilities other than lower limb and surely those above 50 per cent (INC's benchmark).

In a recent SC decision on reasonable accommodation in the instance of a doctor with dysgraphia, Dr Vikash Kumar v. UPSC, the highest court criticised an earlier order that barred blind and deaf candidates with a disability of more than 50 per cent from becoming judges. The statutory Councils are still unaware of this historical judgment on substantive equality in the RPDA era.

Leslie Neal-Boylan who has written multiple books and journal articles on nurses with disabilities has defied the myth that there are patient safety concerns. The same myth has been refuted in 2014 by the American Association of Colleges of Nursing's white paper which identified outdated admission standards; misconceptions about the capacity of students with disabilities to function effectively in the clinical components of nursing education; and, lack of a comprehensive understanding of issues related to patient safety as barriers that deter applicants with disabilities. The Royal College of Nursing in the UK too also issued a range of employment options for nurses with severe ill health or disabilities in 2020.

We don't need superhuman robots in health care; instead, we need compassionate and caring nurses with disabilities who understand what it is like to live with a chronic illness or disability. They adapt in unconventional ways, they demonstrate empathy and are brilliant co-workers. We may be rejecting many brilliant applicants who could be outstanding nurses like the renowned Florence Nightingale if we limit our profession to those without disabilities. I hope the INC will look into the representation of health professionals with disabilities which are endorsed by 22 nurses with disabilities from AIIMS New Delhi, Bhopal, Jodhpur, Jhajjar, NIMHANS and Delhi Government hospitals. If INC is serious about implementing the high pedestal ethos of diversity indicated in their new curriculum, they must act and collaborate with nurses with disabilities.

(The writer teaches at University College of Medical Sciences, Delhi, and is a disability rights activist. The views expressed are personal.)