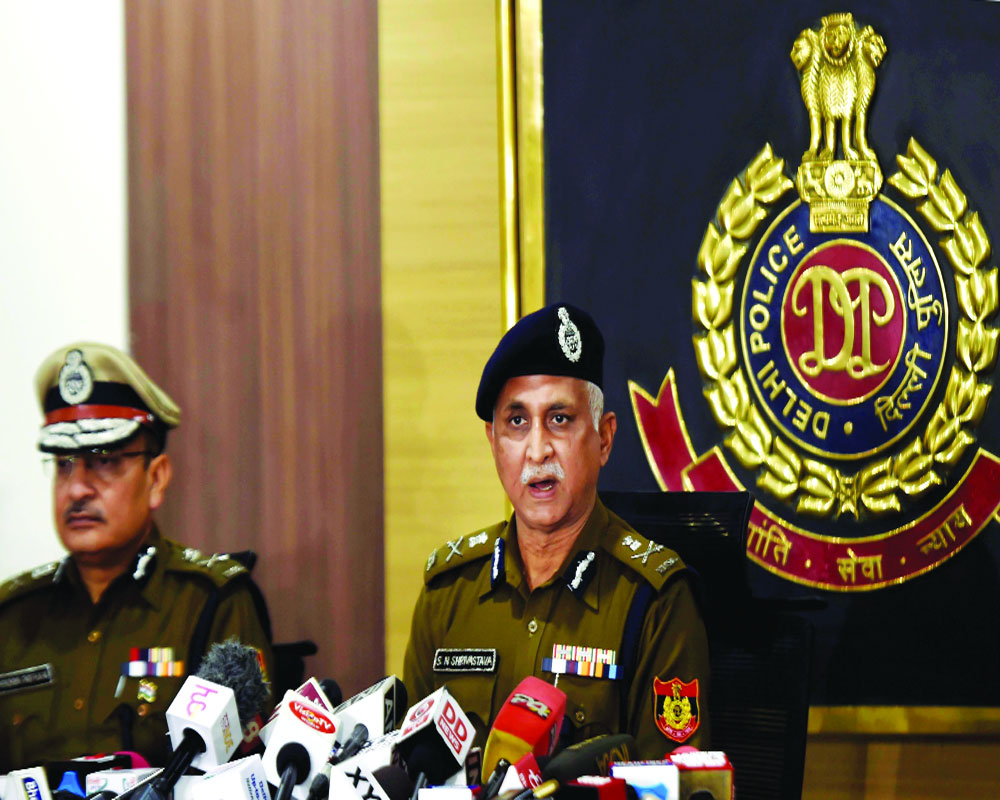 Police has also registered 25 First Information Reports (FIRs) for riots, robbing, attempt to murder and other criminal offences across the city.

The top cop also said by January 25 evening, it became clear that the farmers’ unions were not keeping their words as they brought forward the aggressive and militant elements who occupied the stage at protest site and delivered provocative speeches.

The Delhi Police has also named 37 farmer union Sanyukt Kisan Morcha (SKM) leaders, including Medha Patkar, Yogendra Yadav, in an FIR registered at Samaypur Badli police station in connection with the violence that took place during a tractor rally by farmers. According to the FIR, in the riot, the protesters had also robbed the official pistol with 10 rounds of ammunition along with two gas gun on Tuesday.

Addressing the Press conference at Police Head Quarters (PHQ) on Wednesday evening, the CP said after five rounds of talks with farmers union regarding the tractor parade on Republic Day there was mutual agreement on the parade routes from Singhu, Tikri and Ghazipur borders.

“Police laid down the conditions, which were agreed by the farmers and the first term was a time that was fixed for tractor rally at all border from 12 pm to 5 on. Second condition laid was that tractor march will be lead by farmers’ union leaders and with every jhatha their leader should lead the rally and tractors should not exceed more than 5,000 in the rally. Police also put a condition to not bring any kind of weapons. The farmers gave undertaking and agreed on the route,” said the CP.

“The protesters from Singhu border started their rally, hours before the time allotted, despite request from police officials they did not stop and broke down the barricades,” said the CP.

“Farmer leader Satnam Singh Pannu, who was with farmers from Singhu border was stopped by police at Mukarba chowk after they deviated from the route. Pannu sat on dharna and gave inflammatory speech following which the protesters got agitated and broke past the police installed barricades towards ITO,” said the Police Commissioner adding that Darshan Pal Singh, to sat on dharna with other when Pannu delivered the speech.

“The farmers’ march from Tikri and Ghazipur started around 8:30 am. The farmers from Tikri border also broke barricades at Nangloi to move ahead towards Red Fort. They overturned trailers and vandalized vehicles,” said the CP.

The Police Commissioner also said not a single life was lost as the Delhi Police showed extreme restraint. “As many as 25 FIRs have been registered so far. Police teams are using the facial recognition system and taking the help of CCTV and video footage to identify the accused. Strict action will be taken against those identified. No culprit will be spared,” said the CP.