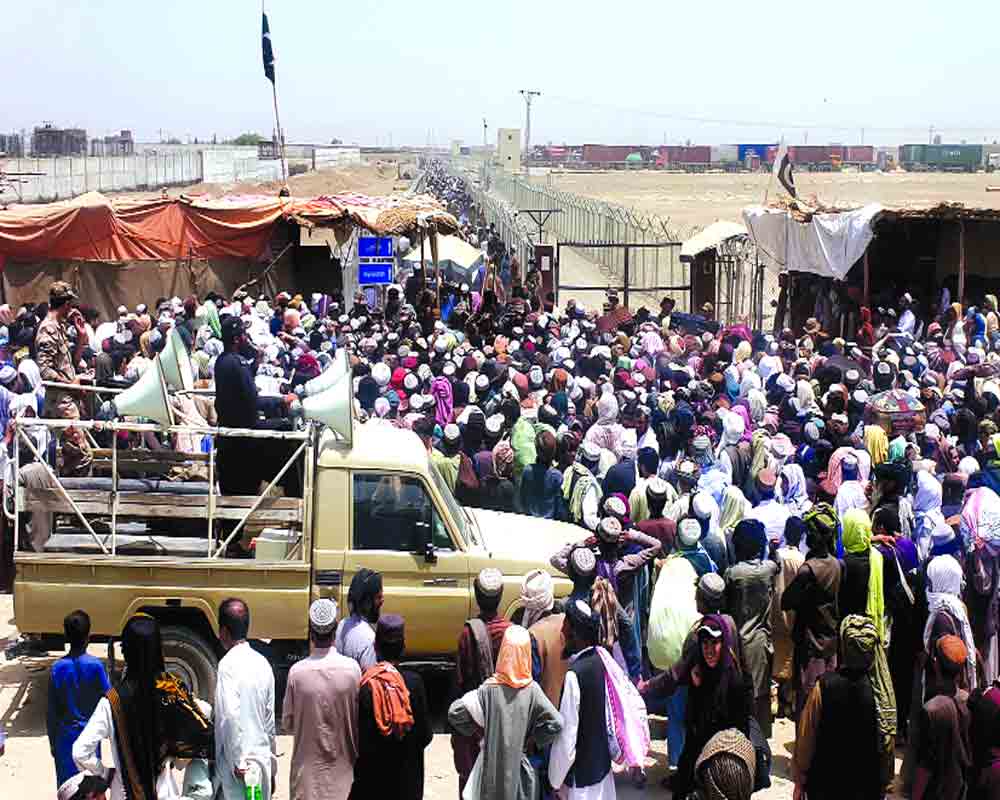 The Pakistani deep State led by its covert agency Inter-Services Intelligence (ISI) has been persuading the Taliban Islamists to target infrastructure developed and financed by India in the war-ravaged Afghanistan.

India has invested over $3 billion towards reconstruction efforts in Afghanistan.

The move to target Indian assets in Afghanistan comes weeks after the ISI forged an alliance between its terror affiliates like Lashkar-e-Tayeba (LeT) and Jaish-e-Mohammad (JeM) with the Taliban. The ISI has reportedly already sent 10,000 Pakistani fighters to Afghanistan to aid the Taliban in the violent takeover of territories from Ashraf Ghani-led Government’s control amid the pull out of the US troops.

As reported earlier by The Pioneer, the Taliban had developed an understanding with the JeM and LeT for such attacks in Helmand and Kandahar provinces at the behest of the ISI. While the LeT is assisting the Taliban in Helmand, the JeM is operating in Kandahar where India had to evacuate 50 diplomatic staff and ITBP commandos last Sunday.

On July 16, Afghan President Ashraf Ghani had told a Central and South Asia connectivity conference, also attended by Pakistan Prime Minister Imran Khan, in Tashkent that 10,000 jehadi fighters have entered Afghanistan during the last one month and had blamed Islamabad for this.

“The LeT and Jaish terrorists besides thousands of other Pakistani jehadis fighting along with Taliban have been specifically instructed to target Indian assets.

The aim is to systematically destroy the goodwill India has generated through massive reconstruction efforts and also gain considerable leverage with the Taliban that is seeking to operate independently,” experts tracking the development said, adding Islamabad is also eyeing the billion-dollar drugs trade originating from that country.

While over 10,000 Pakistani fighters entered Afghanistan through the porous borders in the last one month alone, several jehadis were staying in Afghanistan for many years to aid Taliban in fighting the US and allied forces there.

The major projects undertaken by India in Afghanistan include the 218-km road between Delaram and Zaranj, India-Afghanistan friendship dam (also known as the Salma Dam) and the Afghan Parliament building that was inaugurated in 2015, among others.

The Taliban clearly perceives India as an ally of the US and its adversary for backing the democratically elected government in Kabul, New Delhi has not clearly articulated if it is going to continue with its missions in Afghanistan, sources said.

“While India withdrew the diplomatic staff and ITBP personnel from Kandahar last week, the Government is yet to take an evacuation exercise for extricating thousands of Indian citizens involved in the construction work and maintenance who have been asked to move out safely on their own. The continuing violence perpetrated by the Taliban across the provinces there and a collapsed public transport or movement, the Indian nationals could be facing difficulties in reaching Kabul airport to leave the country and the situation can further turn volatile,” an expert tracking the development said.

Despite the Taliban assuring China that it will secure its interests in CPEC and not allow Uyghur insurgents in Afghanistan, Beijing has evacuated its construction workers and engineers from there amid the lurking threats.

Other countries are also closely monitoring the situation in Afghanistan as the Kabul airport is likely to be handed over to Turkey for its security. The US has been negotiating with the Turks to secure the Kabul airport, a move opposed by the Taliban.

Currently, New Delhi has its Embassy in Kabul and a consulate in Mazar-e-Sharif operational. While two consulates at Herat and Jalalabad were shut in March last year citing Covid-19 as a reason, the diplomatic staff and security personnel at Kandahar consulate were evacuated last week.