N Alliance outfit in Germany to lobby against Taliban

N Alliance outfit in Germany to lobby against Taliban 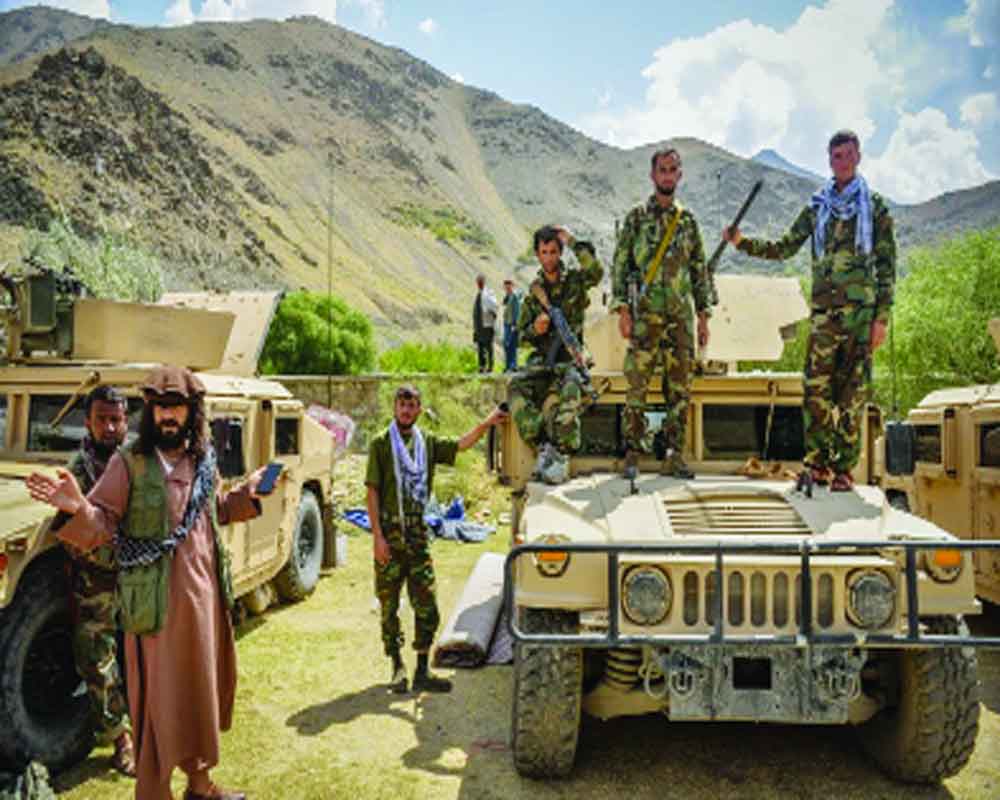 Even as the Taliban is yet to put in place a governance structure in Afghanistan post takeover of the country amid US troops’ withdrawal, the rebel Northern Alliance on Tuesday formed an outfit in Germany styled as Afghan Republican Salvation Front for lobbying against the Taliban regime and garner support for the alliance from the international community.

The front will seek help from the international community in whatever form the countries can chip in for strengthening the Northern Alliance, experts tracking the development said.

The front came into being after a meeting of exiled Afghan leaders residing in Europe following a meeting during the day. The leadership of the front and the contours of the detailed objectives could not be immediately ascertained.

Earlier, the Northern Alliance had sought help from India during the Hamid Karzai regime there. However, India had denied any assistance to the grouping as New Delhi was comfortable with the elected Government there for reconstruction projects and other facilitation for the uplift of the Afghan people, sources said.

The Taliban swiftly took over the war-ravaged country, including capital Kabul earlier this month amid the ongoing withdrawal of foreign troops. The unprecedented Taliban “success” came with sharp military planning by Pakistan’s ISI and provision of over 10,000 jehadis through its terror affiliates like the Jaish-e-Mohammad and Lashkar-e-Tayyeba.

In addition, the ISI had also compromised thousands of regular Afghan Army personnel in defecting to Taliban, they said.

The front is expected to garner support among the European countries for opposing the foisting of United Nations-sanctioned Taliban on the people of Afghanistan and put pressure on the designated terror group.

The front is a lobbying team of the Northern Alliance to build international opinion against the Taliban regime. The Taliban is known to follow extremist interpretations of Islam and imposes rigid and cruel medieval practices on the citizens including strict curbs on women and public executions of opponents without any adherence to modern jurisprudence.

The Northern Alliance under the leadership of Ahmad Massoud is holding fort in Afghanistan’s Panjshir Valley. Massoud’s father Ahmad Shah Massoud was known as the Lion of Panjshir and had led the strongest resistance against earlier Taliban regime in Afghanistan.

The Northern Alliance, officially known as the United Islamic National Front for the Salvation of Afghanistan was a military alliance comprising rebel groups that was operated against the first edition of Taliban from 1996 to 2001.