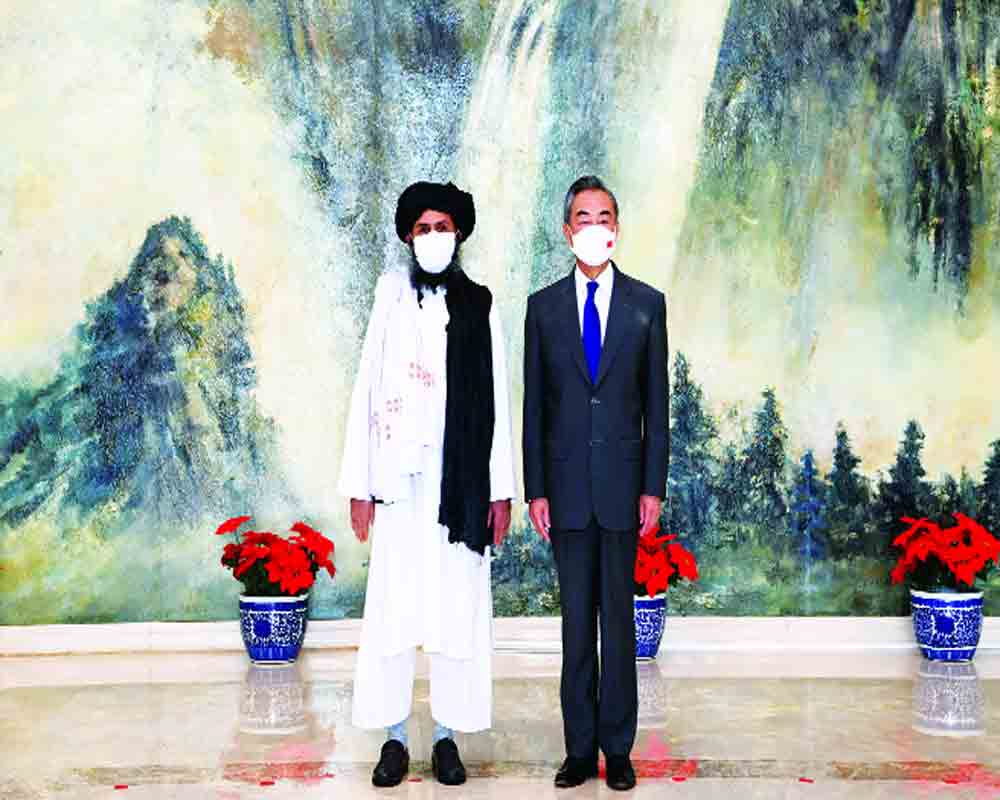 The Taliban are desperate to get supplies of medium range surface-to-air missiles (SAMs) from China before the complete withdrawal of the US troops from Afghanistan in September. Afghan Taliban co-founder Mullah Abdul Ghani Baradar, alias Mullah Baradar, placed his desire to get SAMs before the Chinese Foreign Minister Wang Yi at a delegation-level meeting at Tianjin on Wednesday.

“The Taliban delegation requested SAMs from China during the inter-delegation meeting headed by Baradar from the Taliban and Yi from the Chinese side,” they said.

Backed by technical inputs from the Pakistan Army-ISI complex, the Taliban have sought missiles capable of crippling the electronic warfare capabilities and jamming the radar of the American B-52 bombers as the configuration is estimated to be closely matching those of Rafale fighter jets being procured by India from France, the sources said.

The Talibani bid to acquire the SAMs comes in view of the outfit’s estimated 50,000 to 60,000 fighters, as compared to the 2.5 lakh-strong Army of the Abdul Ghani-led dispensation and Pakistan’s inability to aid the militia with military logistics.

With a change in tactics and military strategy, the Afghan Army can challenge and dominate the Taliban and the SAMs will provide some kind of deterrent against weakness and bombings by the American B-52 bombers, they said.

To overcome the limited number of fighters as compared Afghan Army regulars, the Taliban has taken a leaf out of the 1971 war won by India against Pakistan to liberate Bangladesh wherein the Indian Army forced the Pakistanis to surrender after pounding their bases and posts and further marching ahead. In a similar fashion, the Taliban is cordoning the city limits of the districts it is capturing and preventing others from estimating their actual strength.

Experts said the Indian Army’s tactics in the 1971 war could have been shared by Pakistan which estimates the strategy to be the best suited for the Taliban’s onslaught with limited numbers and resources.

The Chinese SAMs could ultimately land in the Pakistan Army which could be exploited against India, especially the Rafales in the Indian Air Force in the event of any conflict.

When the US was backing the Taliban during the Russian occupation of Afghanistan, Adamkhel in the erstwhile North West Frontier Province, became a hub of illegal weapons market.

Now, these areas around the China-Pakistan Economic Corridor could potentially turn into an illegal weapons market with readily available components from the Chinese factories in the Belt and Road Initiative projects in Balochistan, experts added.