Twitter ticks off VIPs, gets last chance to obey rules

Twitter ticks off VIPs, gets last chance to obey rules 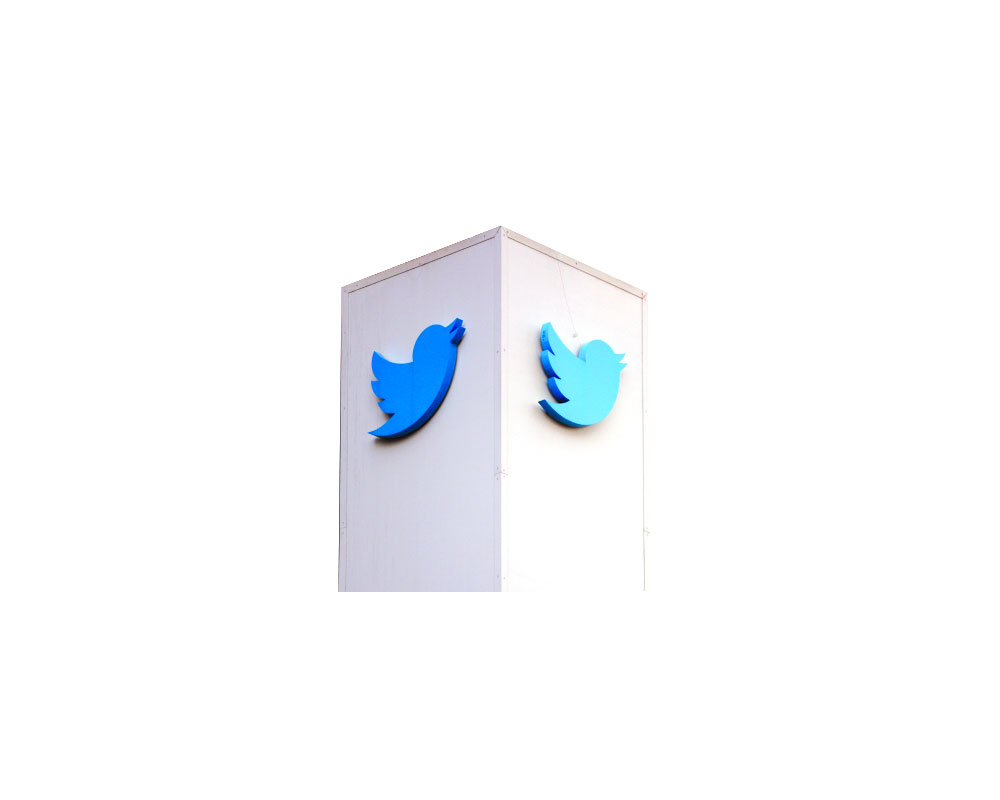 The stand-off between Twitter and the Centre intensified on Saturday after the microblogging site removed the blue tick verification markers of Vice-President Venkaiah Naidu and RSS chief Mohan Bhagwat, only to restore them later after massive uproar even as the Centre gave a last chance to the social media giant to comply with the provision of the new Information Technology Act.

Twitter said as per its verification policy, the microblogging platform may automatically remove the blue verified badge and verified status if the account becomes inactive or is incomplete.

Though the RSS chief has 214k followers, he has never posted a single tweet. More or less, same is the case with other RSS leaders who were stripped off the blue badge of Twitter’s honour.

Taking strong objection, Rajiv Tuli, a functionary in Rashtriya Swayamsevak Sangh’s (RSS) Delhi unit, said it “clearly shows biasness and a clear example of ‘tech feudalism’ by Twitter”. He cited several Twitter handles which have been “inactive but continue to remain verified”.

Later in the day, the verification badge of RSS chief Mohan Bhagawat, Suresh Soni, Arun Kumar, Suresh Joshi and Krishna Gopal was restored. Senior RSS functionaries, including Bhagwat, had joined Twitter in July 2019. Sources in the Sangh said that the accounts were created to “check the spread of misinformation by parody accounts”.

The “blue badge’’ helps users distinguish the authenticity of accounts that are of high public interest, and gives Twitter users more context about who they’re having conversations with, the microblogging platform had earlier stated.

Meanwhile, the Government on Saturday issued a notice to Twitter giving it one last chance to “immediately” comply with the new IT rules and warned that failure to adhere to the norms will lead to the platform losing exemption from liability under the IT Act.

The Ministry of Electronics and Information Technology (MeitY) said that Twitter’s refusal to comply with the rules demonstrated the microblogging site’s “lack of commitment and efforts towards providing a safe experience for the people of India on its platform”.

“Despite being operational in India for more than a decade, it is beyond belief that Twitter Inc has doggedly refused to create mechanism that will enable the people of India to resolve their issues on the platform in a timely and transparent manner and through fair processes, by India based, clearly identified resources,” the IT Ministry said.

The Ministry said that though with effect from May 26, 2021, “consequences follow” given Twitter’s non-compliance with rules, “however, as a gesture of goodwill, Twitter Inc is hereby given one last notice to immediately comply with the rules, failing which the exemption from liability available...shall stand withdrawn and Twitter shall be liable for consequences as per the IT Act and other penal laws of India”. The notice, however, did not mention a specific date to comply with the rules.

The IT Ministry in its notice observed that the world’s largest democracy had been among the first countries in the world, outside the parent country of Twitter Inc, to enthusiastically adopt the microblogging platform.

“Users who are abused on the platform or are harassed or are subject to defamation or sexual abuse or become victims or a whole range of other abusive content must get a redressal mechanism that the same people of India have created through a due process of law,” the IT Ministry asserted.

The people of India, who use Twitter, “deserve and demand” a fair mechanism to address their grievances and resolve their disputes, it said. “Leave alone proactively creating such a mechanism, Twitter Inc is in the inglorious bracket of refusing to do so even when mandated by law,” the Ministry said in its notice to the company.

MeitY further confronted Twitter saying it was dismayed to note that the platform’s responses to its letters neither address the clarifications sought, nor indicate full compliance with the rules.

“It is clear from your responses that till date Twitter has not informed about the details of the Chief Compliance Officer as required under the Rules,” it said.

The Ministry has made it clear to Twitter that such non-compliance will lead to “unintended consequences” including Twitter losing exemption from liability as intermediary under the IT Act. Twitter has an estimated 1.75 crore users in India, as per data cited by the Government recently.

The row over Twitter’s handling of certain messages had recently blown up into all-out war of words between the Centre and the social media platform. The Government had earlier slammed Twitter’s remarks on alleged intimidation and threat to free speech and said that the microblogging platform had sought to undermine India’s legal system, through its actions and deliberate defiance. The IT Ministry had termed the company’s stance as an attempt to dictate terms to the world’s largest democracy.