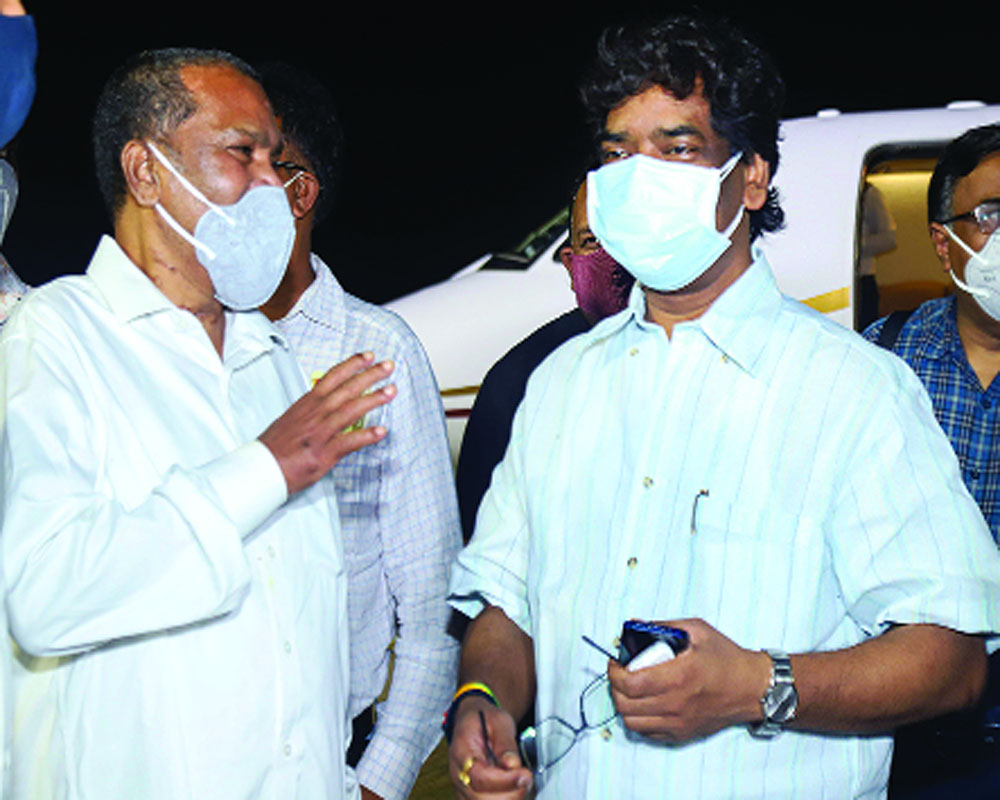 Gandhis give time to Stalin as Hemant simmers

After Punjab and Rajasthan, trouble is brewing in the JMM-Congress Party-led Government in Jharkhand. Chief Minister Hemant Soren, who camped for four days in Delhi, could not get an audience from either Congress chief Sonia Gandhi or senior leader Rahul Gandhi. The Gandhis, in between, however, found the time to meet the new Tamil Nadu Chief Minister MK Stalin, whose DMK is an ally of the Congress in the southern State.

“Hemant returned to Ranchi on Saturday. He had been repeatedly making attempts to call on Sonia and Rahul but failed. The snub has not gone down well with the JMM. Moreover, their meeting with Stalin has only rubbed salt to the wound,” sources said.

Filling up the vacant Cabinet berth, a possible reshuffle in the Council of Ministers and appointments to corporations among others were high on Soren’s agenda, sources said.

“Such developments do not augur well for the coalition when there has always been an air of mistrust among the two major coalition partners. Particularly, given the buzz of a possible BJP-JMM alliance, that keeps the Congress and the RJD on their toes. Or for that matter, the BJP getting a sizeable MLAs of the JMM and the Congress to resign just as it did in several States,” they added.

An AICC leader, however, asserted, “Sonia could not meet Hemant as she was too busy the entire week due to developments in Punjab, Rajasthan and Maharashtra as well. There is no problem in the Jharkhand coalition.” The Congress is saddled with the power tussles between Sachin Pilot and Ashok Gehlot in Rajasthan and Navjot Singh Sidhu and Amarinder Singh in Punjab.

Jharkhand Congress chief and Finance Minister in Hemant’s Government, Rameshwar Oraon, too, had come to Delhi to discuss “party affairs” besides appointments in corporations and commissions etc under the State Government. Both Hemant and Oraon would have participated in the meeting with the Congress top brass to discuss all the pending issues.

Both the JMM and the Congress have staked claim to the vacant 12th berth in the Soren Cabinet. Besides the CM, the JMM has five Ministers while the Congress has four and other ally RJD one ministerial berth.