‘Being a director, is challenging’

‘Being a director, is challenging’ 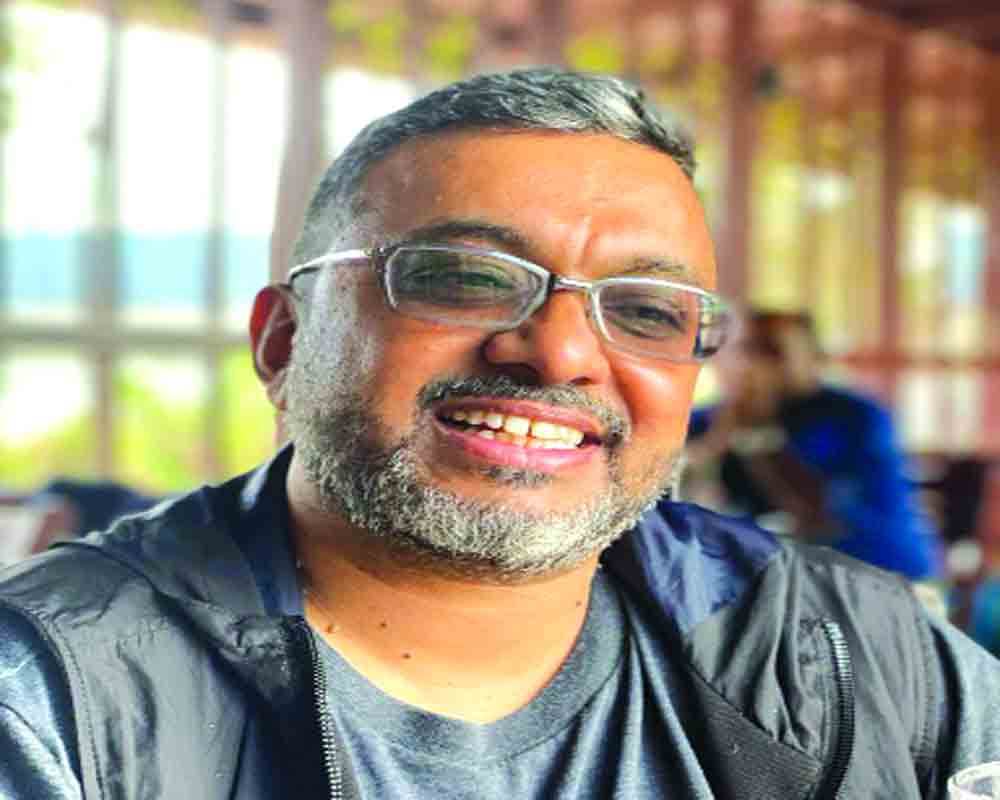 INDRAJIT NATTOJI, who has directed Aafat-e-Ishq, speaks with SHALINI SAKSENA about his latest project, how he chose his character and upcoming work

It is a human story; about the loneliness and isolation of a reticent orphan woman looking for love. She is an avid reader of romantic pulp novels and is an anomaly in the world of digital social media. Her journey soon becomes fraught with disasters when her suitors meet with mysterious accidental deaths, and she becomes the prime suspect. The story has been treated with elements of magic realism, fantasy and dark humour.

How did you come across this story?

The Zee Studio team had acquired the rights for the award-winning Hungarian film Liza the Fox-Fairy and discussed the possibility of an adaptation in Hindi. I loved the movie and its quirky black humour, and it connected with some of my favourite storytelling genres that I have always been a fan of- fantasy, film noir and romantic comedies.

Why choose a dark drama?

The last two years of the pandemic brought in the sense of doom in all of us. This fear has now become a part of our daily lives. Death, disease, mental illness, isolation, loss are commonplace. I wanted to laugh at all of that. It’s therapeutic not to be distressed by the provocations of reality and to insist that one cannot be affected by the traumas of the external world.

Is the genre tough to direct?

Being a director, in general, is challenging. You have to trust your vision to a team of sometimes more than 100. Everyone has to share one’s vision as they create all the pieces of the storytelling puzzle. As a director, only you have the entire picture in your head. My art helps. I make sketches, paintings and doodles which helps communicate that picture to my team.

How was the experience of making this remake?

The challenge was to reinterpret an East-European sensibility and nuance to that of the small-town Hindi heartland. With my writer Neha Bahuguna, we created a fictional universe for our protagonist Lallo by putting together realistic small-town elements of location, textures, sounds, and characters from different parts of India.

How true have you been to the original?

I can safely say that Aafat-e-Ishq is now an adaptation and not a remake. It is a reboot of Liza, with some new twists, eclectic original music, and quirky small-town Indian characters.

How did you choose starcast?

Once we created our characters, we fleshed out their backstories and quirks. I started to assign actors to those characters that we had visualised. Deepak Dobriyal was my Vikram. Amit Sial was my first choice for Prem Gunjan for his irreverence and eclectic stagecraft. Namit for his accomplished singing abilities and performance artistry. Ila Arun for her multi-talented thespian legacy. And Neha Sharma for her versatile beauty and effortless acting chops.

I have completed Visual Design and VFX production for a film released soon on an OTT. I have a web series in development and a film script in pre-production. Meanwhile, I am working on my following art collection.