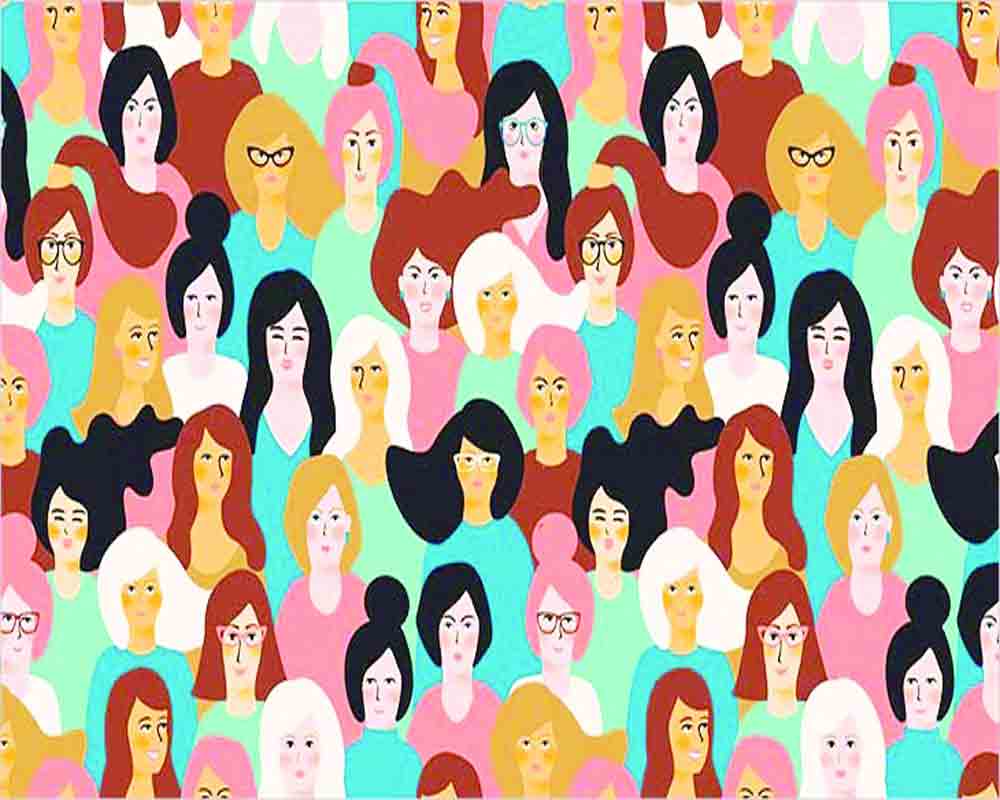 Closing the gender gap in digital inclusion is an urgent priority in the pandemic. This involves a special focus on women-owned enterprises under the stimulus programmers, write Rajesh Mehta & Uddeshya Goel

The formation and the break-up of a society determine the consequences of a radical shift in external forces. For instance, the negligible say of women in the USA before the 1800s prompted women leaders to band together to promote a new, separate women’s rights movement and change the direction of Abolitionist Movement of the 1830s.

Generations upon generations, the gender equality rhetoric has filled the gap of responsibilities and rights through gradual and profound movements around the globe. However, the 21st-century demographic picture is still blurry for women, which face constant denial of individual rights and powers.

The Covid-19 pandemic has been the greatest peacetime disruptor of years of progress in demographics of the society, especially in India, where there only 943 females per 1000 males. Moreover, in 2020, India ranked at 189th position out of 201 countries in terms of female to male ratio. In a society where 77% of parents prefer a male child over a female, this disproportion in the gender ratio has had profound implications in the lives of an average Indian woman during the pandemic.

With only 66% women literate as compared to 83% men in India, the social awareness among women is at the lowest, which makes them incapable of voicing their power against domestic abuse. Indian women filed more domestic violence complaints than recorded in a similar period in the last 10 years. But even this unusual spurt is only the tip of the iceberg as 86% of women who experience domestic violence do not seek help in India. Social isolation amid the pandemic has also caused circumstances where victims and aggressors cannot separate, and there are fewer options for women to escape their conditions, especially in the rural regions.

Despite this fact, post first wave, India saw a nearly three-fold increase in cases pertaining to divorce and child custody being filed. From an average of 1,280 cases in a month, their numbers went up to it 3,480 during the lockdown. This has placed them in a situation where they have to face social denial and the increased financial burden of their child individually.

The Second Shift and Mental Well-being

A study by McKinsey found mothers are more than three times as likely, compared with fathers, to meet the majority of the demands for housework and caregiving during the pandemic. In addition, they are more

than one and a half times as likely as fathers to spend three or more hours per day on these activities.

This “second shift” is where women complete their day of paid work and then spend another full shift doing work at home supporting children, families and at-home tasks. This dynamic has been exacerbated by the limits and lockdowns associated with the pandemic.

Naturally, this has brought detrimental effects on the mental fitness of working women, which constitutes 21% of the total workforce in India. According to a LinkedIn survey, the pandemic is taking a toll on the emotional well-being of India’s working women as 47% report they are experiencing more stress. For men, this number stood at 38%, pointing towards a disproportionate impact on women.

Female job loss rates due to Covid-19 are about 1.8 times higher than male job loss rates globally, at 5.7% versus 3.1% respectively. Moreover, 4.5% of women’s employment is at risk in the pandemic globally, compared with 3.8% of men’s employment. This is because women are over-represented in industries that are likely to experience the greatest declines because of the pandemic. These include hospitality and foodservice, retail, education and manufacturing.

As a direct consequence, the pandemic will push 96 million people into extreme poverty by 2021, 47 millions of whom are women and girls, widening the gender poverty gap.

In India, women-owned a little over 20% of all micro, small and medium businesses compared to nearly 80% among men in FY21. The crisis has made family resources scarce for women, such as financial capital to invest in businesses or digital devices that families must now share as children’s schooling has gone online. This has brought a disproportionate impact on female entrepreneurship, including women-owned microenterprises in developing countries like India

The cascading effect of pandemic-induced economic insecurity is not just the income losses but also the rippling effect of years of education denied to women and girls. Impacts on education and employment have long-lasting consequences that, if unaddressed, will reverse hard-won gains in gender equality.

According to a UNESCO estimate, a total of 11 million girls may leave school by the end of the Covid crisis; evidence from previous crises suggests that many will not return.

Lack of education and economic insecurity also increases the risk of gender-based violence. Without sufficient economic resources, women are unable to escape abusive partners and face a greater threat of sexual exploitation, trafficking and teen pregnancy.

These consequences won’t disappear when the pandemic subsides: women and girls are likely to experience long-term setbacks in workforce participation and income. The fallout will be most severe for the most vulnerable women, those who are rarely in the headlines: migrant workers, refugees, marginalised racial and ethnic groups, single-parent households, youth and the poorest of the poor.

The challenge is huge but the cause is even gargantuan. Direct interventions are needed to draw an inflection point in the current demographic status to bring a fundamental change down the line. This mandates addressing attitudinal biases. Any drive toward gender parity arguably starts with efforts to change entrenched, widespread attitudes about women’s role in society. This is an extremely difficult and complex challenge that will require all stakeholders to play a sustained part over the long term.

Addressing unpaid child care cannot be overstated. There is an immediate requirement of reducing the gender imbalance in responsibility for care. This involves employer- or state-funded provision of childcare or tax policies that encourage both spouses to work and a professionalised childcare industry, with public-financing support to enable women to work and create employment for others

Interventions are also required to address digital and financial inclusion. Closing the gender gap in digital inclusion is an urgent priority in the pandemic. This involves a special focus on women-owned enterprises under the stimulus programmers. Tax burdens should be eased and where possible, governments should source food, personal protection equipment, and other essential supplies from women-led businesses.

Mehta is a consultant in Market Entry, Innovation & Public Policy and Goel is a researcher with interest in public policy, international business and capital markets