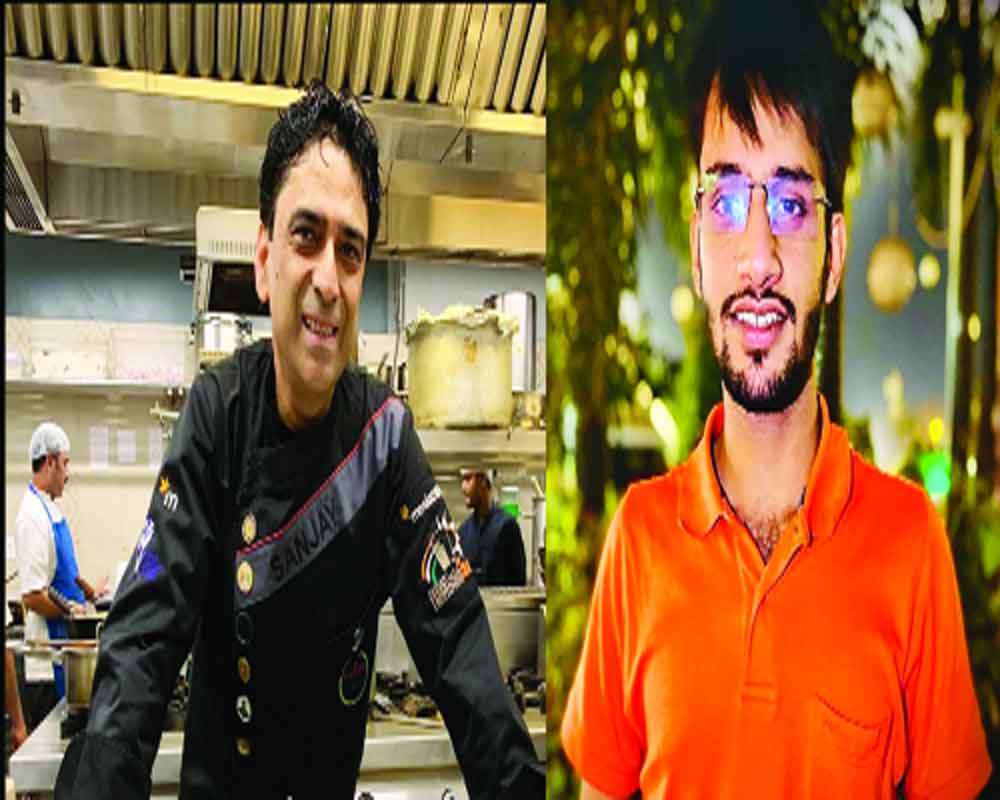 The second wave of COVID-19 is leaving death and destruction in its wake. Amidst this chaos there are people who are working round the clock to help those looking for plasma as a treatment to save lives. SHALINI SAKSENA chats up these COVID warriors

Last year, when the virus gripped the world and killed lakhs, a new ray hope came in the form of plasma therapy. Several people came forward  and did whatever they could to connect the recipient with the donor. However, in 2020, the situation was not what it is today. Cut to April 2021, the situation is just the opposite.

The demand for plasma donation is sky high. This is when people like Adnan Shah and Chef Sanjay Raina stepped in. The idea to create a Twitter handle — PlasmaNCR — was to field requests and expand plasma donor pools.

“It was quite a spontaneous decision. When the COVID-19 hell broke loose, we saw some requests on Twitter for plasma which were not getting as much attention as requests for hospital beds and oxygen cylinders. We decided that this would be our focus area and PlasmaNCR was born,” Raina says. And it began with him and Adnan Shah, his friend, to assist fellow Kashmiris in NCR in getting a hospital bed. But the moment they saw the scale of unfolding disaster, they decided to help  whomsoever they could.

And disaster it is. Shah and Raina work round the clock to help recipients connect with the donors. Shah tells you that he and Raina sleep only four hours each to handle the number of calls they get 24X7.

“I sleep from 12 am to 4 am; Raina sleeps from 4 am till 8 pm. That is how we manage to address the many calls as possible. So much so that my number (07006946304) has now gone viral since then. We want to reach out to as many people as fast as possible in the shortest possible time because every minute is crucial. People can reach out on our Twitter handle where the patient or his family member can share the details and fill out a concise form there. We then reach out to people who can come forward and become donors. At the same time, we are trying to create a donor pool. We started this social cause on the day things went out of control. On Day 1 we got 100 calls and since the the number has only been rising. Today, we are getting 1,000 requests. The minute there is a thumbs up on a request it means that we are working on connecting the donor with the recipient. And it is not first come first serve. It depends on the urgency and criticality of each case,” Shah explains.

However, it is not always possible for the duo to close to request at their end. That is when they reach out to others doing similar work to help them out. No request is closed until a recipient is connected with a donor.

“We have been working for the last 26 days. To begin with we were closing 150 request. Today it is 200. The nation is in crisis and it is not possible to give the exact number since we are also not keeping track of the numbers. When we started this initiative, we never realised that we would get so many calls; never realised that our work  would be recognised in Delhi-NCR. Now, we get requests from Mumbai and the Valley as well. We have a contact in Mumbai. whatever calls we get from the city, we direct it to that person. Similarly, we have contacts in Kashmir and ask them to help us when a request comes from that State. We are also trying to lend a helping hand in States where there is a need,” Shah says.

Nitesh Singh, who started Team SOS India in April 2020, tells you that their initiative has 1,723 volunteers spread all across the country today. However, he tells you that this is a small group given the number of requests they get.

“Our team works till 4 am daily to handle the cases we get. To make it easy for us to meet  requests, we have three teams — North, Central and South. On an average, we are getting 500-600 requests for beds and 2,000 plasma requests. When I started this last year, it was on my personal number but soon realised I needed a big team and created Team SOS India. The idea is to save one person and in doing so, one is saving one’s soul,” Singh says.

He tells you that the situation at present is not good. “We are getting requests from places people would have never heard of. Take an example —Tanuku, in West Godavari district of Andhra Pradesh or Machilipatnam. Last year, we weren’t getting any cases from the South. Today, we get five-six requests daily. Also, people are scared this time round,” Singh says.

The challenge or the gap that exists today is in Delhi-NCR. “There is so much negativity around in the Capital due to shortage of oxygen, medicines and beds. All this makes people of Delhi scared. Then there is Black Fungus scare,” Singh tells you.

Another challenge he faces is that not many donors come forward as they fear they may test positive again. Also, they don’t want their number to be given out.

“In such a situation, a person is assigned to the donor who are volunteers and their extended family. We coordinate everything. Just arranging the donor doesn’t solve the problem. Donation has to go through too. The donor has to go to the hospital where the recipient is, give the patient ID and donate plasma. Since we have been doing this for a year, things are in place,” Singh says who is an educator by profession and teaches students to prepare for JEE.

Singh is on a mission — Mission 2024 —  to ensure that nobody dies due to lack of blood. “If I can get 10,000 people from across India who can donate blood, we can meet the challenge of any pandemic.” Singh says. Bhawna Arora, founder of Kamla Arora Blessings Foundation and based out of London tells you that her journey began in 2017 when her mother died due to a rare blood disease in India. “I  saw the complexities to get blood donors. We have been for the last three years working in the donation campaign. Since the pandemic hit in March 2020, we have been working to fetch a donor for the recipient. We have received over 60,000 calls since last year for plasma requests,” Arora says.

Her number (8810618253) has been circulated on social media platforms and she gets WhatsApp messages and Facebook. She and her India coordinator, Vivek Jain (9810063261) manage to attend to the requests between the two on them. “Looking at the demand, we are working day and night. One doesn’t look at the time when there is a life involved,” Arora says.

She tells you that the need of the hour is to give the right advocacy to the people so that they can forward and serve humanity. “Second there is a need to streamline communication between all stakeholders. We live in the time of AI. Why not use it to optimum. There is so much information out there, some verified some not. We need to structurise it more so we can serve more people. It is necessary to motivate people to donate as well. There is a need to have one large platform — we need one channel where the needs are met, faith will develop and the people will come forward and do what is required. Things have become competitive today. There are so many people working trying to  bring donor and recipient together but we don’t know who is giving value output. The fraud and mistrust is too hampering donors from coming forward,” Arora opines.

Agrees Sarthak Verma of Plasma Connect app. Back then he used to get one or two downloads. “Today, there are over a 1,000 users. Also back then, few people knew about plasma therapy. Today, there is far more awareness as it has become a critical treatment for COVID-19,” Verma says.

According to him the biggest challenge is the authenticity of the requests made and the donors. “Many brokers have emerged and are charging to connect them with donors. We don’t want such people. It creates mistrust among the donors. When people come to my app now, a form has to be filled in. The information is then verified. This takes care of any false leads and we are able to connect the correct donor with the correct recipient,” Verma says.

For Nikhil Chawla, in the Capital, it all started with a family member needing plasma. “When I was running around trying to arrange for the same I realised the lack of infrastructure and the huge gap between the need for plasma and donors. I contacted everyone on my social media if they were willing to donate plasma and the journey began,” Chawla recalls.

And it has been a tough one for him personally. In the last 15 days he has lost four immediate family members and had thought of giving it up. But then he got a message from a mother thanking him for helping her get in touch with a donor that saved her daughter’s life. “When I lost two of my cousins, taiji and tauji, I thought all my efforts to create a data and putting it out had come to not. But messages like the one sent by the mother keeps me going,” Chawla says.

He tells you that a donor doesn’t have to go to the hospital to donate plasma. “There are blood banks. The donor can go there, donate blood and walk away with plasma. There are many banks that give plasma in lieu of blood. There is lack of awareness leading to wrong information; people think that if they donate plasma their antibodies will reduce. This is incorrect. The only thing to remember is that one can donate only once a month,” Chawla tells you.

Initially, the idea was to help people around Delhi but he couldn’t turn down a request that came from another city. “It has become an obsession to try and help as many people as possible. I just manage to sleep  couple of hours at night. My work is on hold for now. So I am trying to help whoever I can. It brings me peace when I am able to people,” Chawla says.