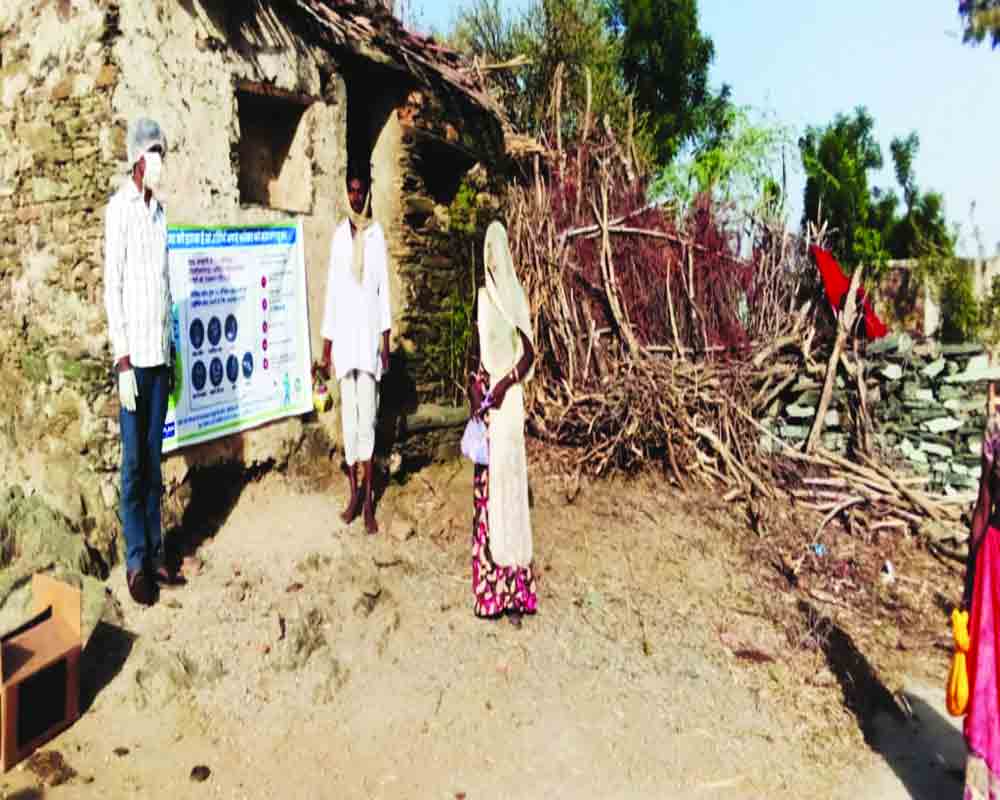 If more private companies perceive rural development during and beyond disasters as a market investment, instead of an evangelist or missionary ad-hoc project, we will be able to better support our rural regions

With the tragic second wave of Covid-19 in India done and dusted, malls and restaurants in cities are once again thronging with customers. However, in rural India the devastating effect of Covid-19 this time round has been so grave that the mood there might take far longer to pick up.

By May 2021, one in every two cases was in India’s rural areas, while states like Uttar Pradesh and Rajasthan had 75% of their cases in rural areas. Exposing the weakness of the public healthcare system, rural India only had 40% of the beds in the country even when it is home to 70% of India’s population. In fact the number of hospital beds per 10000 population between 2010 and 2020 reduced from 9 to 5.

I spent much of last month leading the philanthropic effort of a consortium of partners to establish more Covid care facilities in rural parts of India. It has been challenging to raise funds for Covid relief in the second wave as charitable funds for health care in India have dried up while government regulations have clamped down on international funds coming in to the NGOs in the country.

Secondly, given the intensity of this wave, only ICU beds or at least beds equipped with oxygen concentrators were mostly needed in the second wave, pushing up the effort and cost of equipment procurement. Thirdly, many individuals and organisations including established not-for-profits were no longer contributing to the cause voluntarily but instead leveraged the desperate situation of the second wave to make a buck.

Nonetheless with the support of local NGO iBihar and its founder Anis Bari, the sustained efforts of Anant National University, besides my own firm Sustain Labs, we managed to establish 13 Covid care facilities in rural Bihar.

It is indeed easy and not incorrect to blame the government as state governments with higher expenditure on health had lower confirmed cases of Covid. However, at a time when the government has demonstrated substantial inertia in effectively managing the pandemic in the country, the civil society must (and has!) step up. With management expertise, wide distribution networks in the country, human resources at disposal, the private sector has an especially strong role to play in disaster management in rural India. Corporations hold enormous influence within their domains and communities around their factories and depots that are often located in remote or rural areas. In this context, government effectiveness in rural areas can thus be strengthened by leveraging existing private sector capacities, reach and core competencies.

There is a need to emphasize greater market driven ways for the private sector to support rural development in India, during and beyond disasters. A balanced approach to driving market driven rural development strategies ensure that the development is sustained as stakeholders see incentives to do so. CSR funds alone, on the other hand, are undependable as it runs dry exactly at the time of socio-economic crisis such as the current pandemic, which is ironically when it is most needed.

There are at least three ways that the private sector can play a central role in managing disasters better in rural India.

First, through the investments they make and the decisions they take, companies directly impact the world around us. Establishing markets in rural regions and offering affordable products and services to rural India is a market opportunity. For example, Visaka Industries Limited is a Hyderabad based diversified company that manufactures asbestos cement roofing sheets, building products and textile yarn, in ways that established it as a primarily green business. Further, 90% of Visaka’s asbestos sheets, 30% of VBoard products, and 20% of its ATUM solar roofing are sold in rural and semi-urban parts of the country, thus enhancing the quality of life of rural communities.

Similarly, ICICI too has a substantial rural presence. 650 of ICICI’s rural branches are in previously unbanked villages and which also promote entrepreneurship among women by developing tailored financing and loan options catering to rural India. During disasters such as the ongoing pandemic, the reach and institutionalised presence of companies in these rural areas are of paramount importance for providing sustained livelihood and disaster relief to people.

Secondly, rural India still needs to be better connected to cities via roads, highways, and also telecommunications. Goods for relief work (and beyond) need to be transported by roads to villages and this becomes difficult to do if road infrastructure is inadequate. Until June this year we also saw that the vaccination distribution exclusively relied on a digital portal for booking vaccination slots for a significant population of the country, which became an impediment for India to achieve universal immunisation. Ultimately on June 2, 2021, the Supreme Court asked the government to explain how the use of the CoWin app for booking slots is going to overcome the digital divide in rural and urban India, following which offline channels of vaccine booking were introduced. This again is an opportunity for the private sector to step in and build physical and digital infrastructure that connects rural India better to the rest of the country. Indeed the government needs to also prioritise the development of infrastructure projects, make approvals more efficient, besides tightening quality control.

Third, we need more public private partnerships. Disasters by themselves are beyond anyone’s control. However, the preparation and response to them can be managed so that the human and economic losses can be minimised or eliminated. This is why, whereas states have the overall responsibility to drive disaster recovery and mitigation efforts it must be understood as a shared task between the government and relevant stakeholders. Currently the Indian private sector provides disaster support in a less systematic and more ad-hoc manner. Far more strategic and planned partnerships between the government and the private sector for rural development and disaster mitigation and recovery remains an area for improvement.

If more private companies perceive rural development during and beyond disasters as a market investment, instead of an evangelist or missionary ad-hoc project alone, we will be able to better support our rural regions and not lose as many lives during disasters.