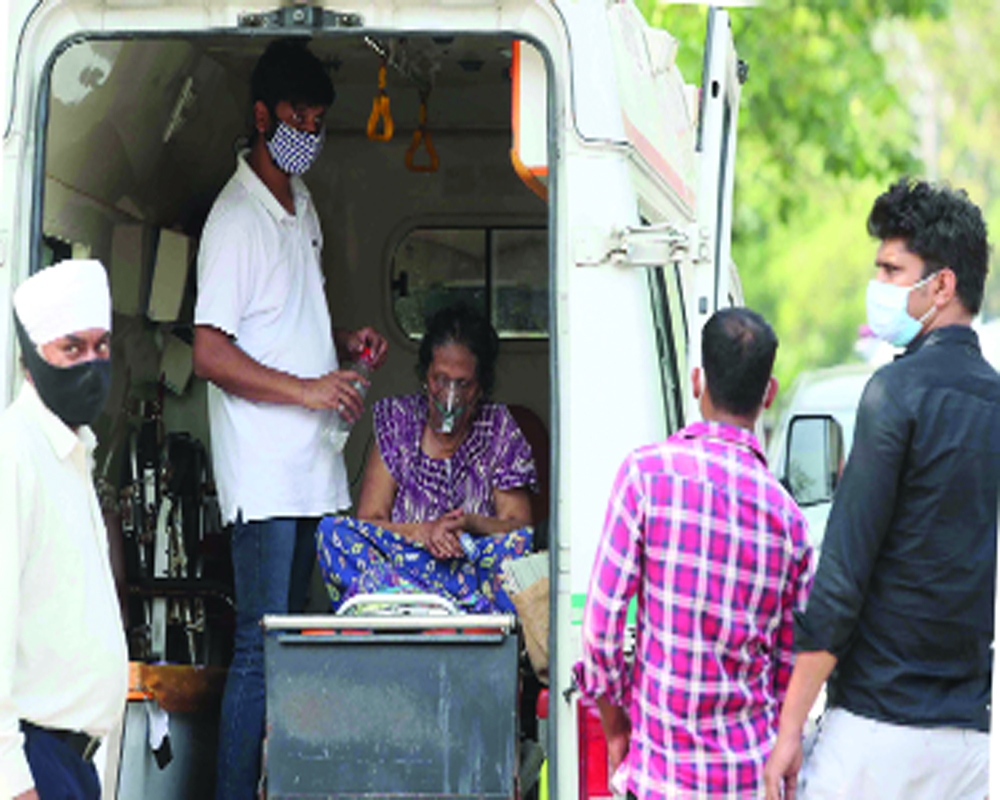 The biggest problem, more relevant to India, is the presence of an extremely high educational hierarchy, which places MBBS course at the top while degrading all other health professionals and scientists. However, when it becomes difficult for qualified doctors to treat patients with the existing knowledge, the role of virologist, geneticist, veterinary doctor, microbiologist, pharmacologist and immunologist becomes crucial to understand the properties and origin of the new virus to develop medicines and vaccines

The second wave of Covid-19 has exposed our lack of preparedness for any medical emergency as India has not been able to meet any basic medical requirements that do not need complicated technology or high investment i.e. medicines, oxygen, ventilators, PPE kits, vaccine, etc. Had we faced any other medical emergency related to a virus deadlier than SARS-Cov or some other deadly radiation (as faced by Japan after nuclear attack), probably Indian population would have halved by now.

Covid-19 has provided the nation an opportunity to introspect problems in our health-care system to effectively deal with the ongoing pandemic (which doesn’t seem to get over before 2022), and any potential health emergency in the future. Rather than squarely blaming any past or present government at the Centre or State, the purpose of this column is to shake our policy makers to realise the systemic flaws and bottlenecks in the way of development of robust and inclusive health infrastructure in India.

First, we need to recognise that the human health is interconnected with his surrounding environment, including living species i.e. various animals, birds, etc. Rudolf Virchow, a famous German physicist and pathologist, also known as Father of Modern Pathology, coined a term called Zoonosis to refer to any infectious disease which is transmitted from animals to humans. A zoonotic disease is caused by virus, bacteria, fungus, etc, and travels from animals to human. He asserted that there are no dividing lines, nor should there be between animal and human medicine.

Realising the importance of this coordination, William Osler, the father of modern medicine and founder of the discipline of veterinary pathology, and Calvin Schwabe (chairperson of a new Department of Epidemiology and Preventive Medicine at the University of California) advocated “one medicine” for all.

The second systemic flaw is more relevant to India. It is the presence of an extremely high educational hierarchy, which places MBBS course at the top while degrading all other health professionals and scientists. This mindset is so deep rooted that any talented student pursuing a course in virology, immunology, nursing, physiotherapy or non-allopathic medical courses, etc, is considered inferior because of his/her inability to secure admission to an MBBS course. On the one hand, this hierarchy demoralises other allied fields, and on the other, it paves the way for undue interference by MBBS doctors in the other fields. This leads to a barrier in the development of these fields. Moreover, Indian doctors despite their huge potential, rarely take up medical research as it is less remunerating compared to consultancy, which is highly paid.

A lot of services that can be taken care of by these professionals cannot be performed by MBBS doctors. When a new and unknown disease first hits a country, the role of doctors/nurses becomes vital. They are expected to treat/care patients with the existing medications/knowledge. When it becomes difficult to treat patients with the existing framework, then the role of virologist, geneticist, veterinary doctor, microbiologist, pharmacologist and immunologist becomes crucial to understand the properties and origin of the new virus to develop medicines and vaccines. After developing vaccines, nurses play an important role in vaccinating the people. Depending on the kind of disease, if it causes complications relating to mobility, muscular contractures, etc, among patients, then the role of physiotherapist becomes important; and if complications make the patient physically disabled or orthopedically handicapped then begins the role of prosthetist and orthotist to figure out devices to help them.

The risk of zoonosis has increased due to the present human activities such as demographic alterations, increased movement across various continents, disturbing natural phenomenon and over exploitation of the environment.  It brings the environmentalist into the picture. Thus, it is clear that an integrated approach toward a public health emergency is an effective way to deal with the unknown disease. Creating a hierarchy between the professions of the same sector can weaken our fight against any disease.

Moreover, these professionals (virologists, immunologists, orthotics & prosthetics, physiotherapist, occupational therapist) could have played a very crucial role during the ongoing pandemic to meet the shortage of health workers, by being given a very short training. It is worth mentioning here that the educational courses studied by these professionals have a lot of syllabi common with MBBS course. Unfortunately, we have failed to utilise their huge potential.

Thirdly, India has a huge shortage of doctors which is reflected by the indicator of population served by a doctor, which is one of the highest in the world. Despite availability of huge talent, this artificial shortage is due to unnecessary stringent rules to establish a medical college and limited medical seats. Devi Prasad Shetty, one of the leading cardiologists in India, suggested that the Government can build around 300 new medical colleges without any cost which can offer 30,000 new seats. He argued that medical education can be provided to the students even in a single building and for practical training they can be taken to hospitals. According to him most governments refrain from creating new medical colleges since it requires an investment of around Rs 450 crore and a time span of around 5 years. Further, the annual maintenance cost of a medical college is also around Rs 150 crore. Educating medical students in a simple building without health infrastructure and training them practically in hospitals is the simplest and most cost-effective way of meeting the current demand for doctors.

It is high time when all Governments in India (Centre or State) should come together to prepare a roadmap to abolish all systemic flaws in our health system. Let us learn from this pandemic and prepare ourselves better for any other such threat to human life in the future.