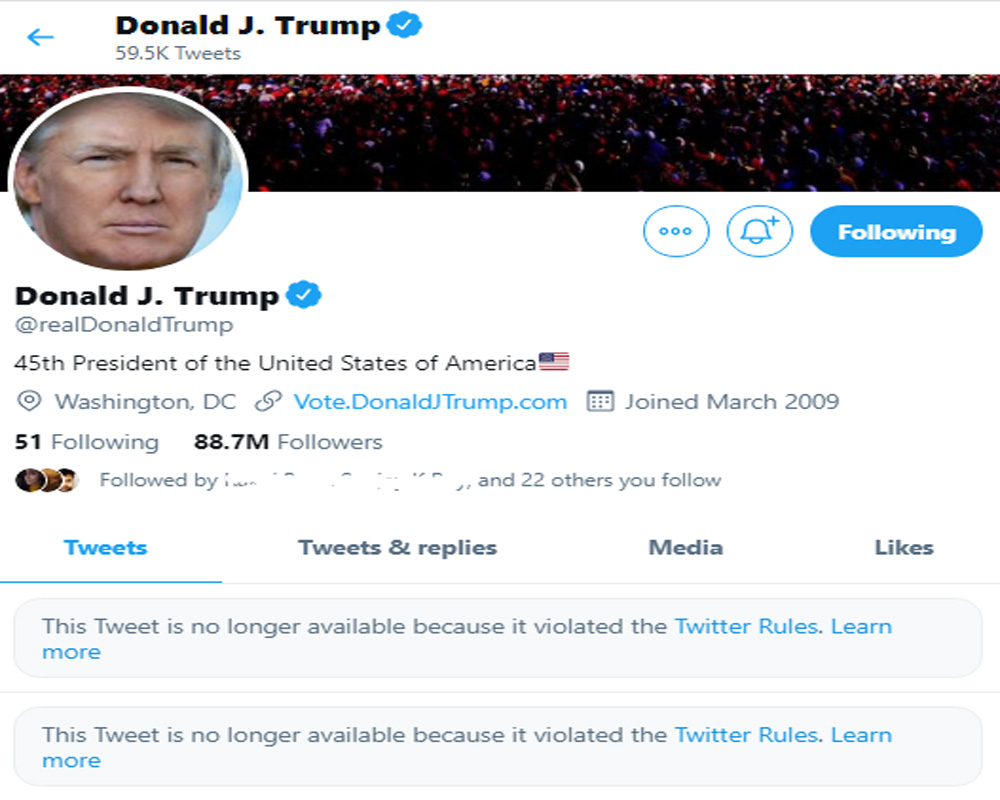 Twitter has announced that it had permanently suspended the account of outgoing US President Donald Trump due to "risk of further incitement of violence".

The unprecedented move by the California-based social media platform comes two days after his supporters stormed the Capitol, bringing disgrace to the country and its democratic institutions. Five people, including a woman and a police officer, have died.

"After close review of recent Tweets from the @realDonaldTrump account and the context around them — specifically how they are being received and interpreted on and off Twitter — we have permanently suspended the account due to the risk of further incitement of violence," Twitter said in a statement on Friday.