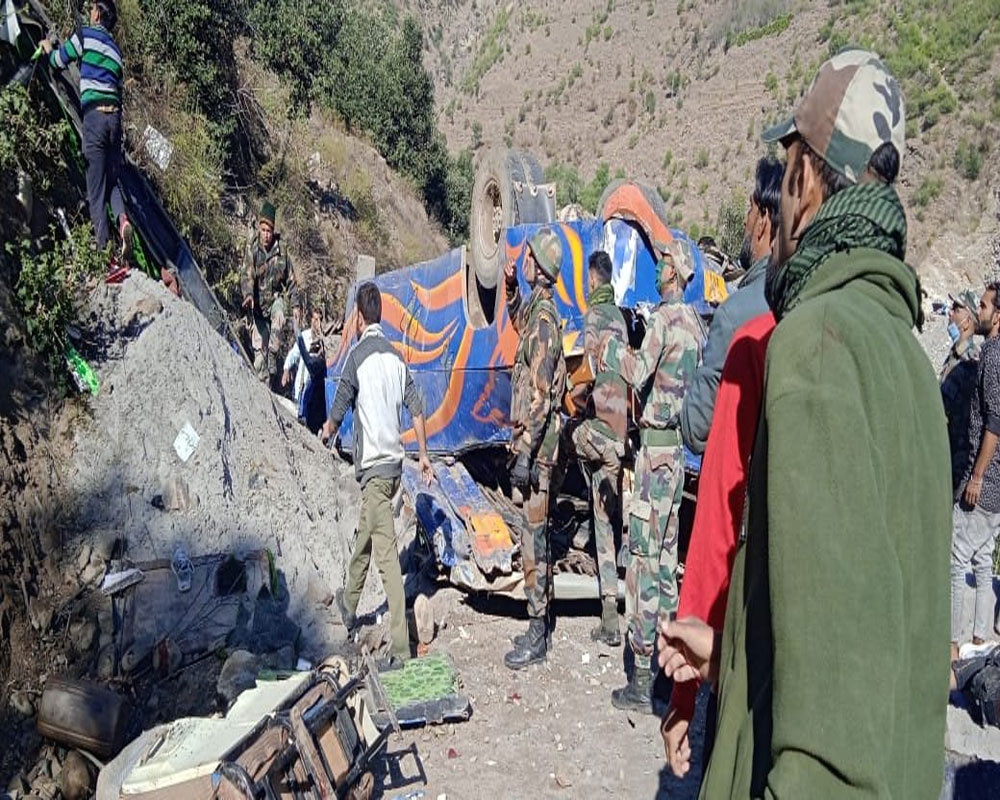 Ten people were killed and 16 others injured on Thursday in a road accident in Jammu and Kashmir's Doda district, police sources said.

The sources said a minibus carrying passengers went out of the driver's control at Suigarhi on the Thathri-Doda road and fell into a deep gorge.

The minibus was going en route to Doda town from Thathri.

"A relief and rescue operation was immediately started. The injured are being shifted to hospital," the sources said.

The hilly Doda district has been infamous for its treacherous roads on which overloading and rash driving often result in fatal accidents.