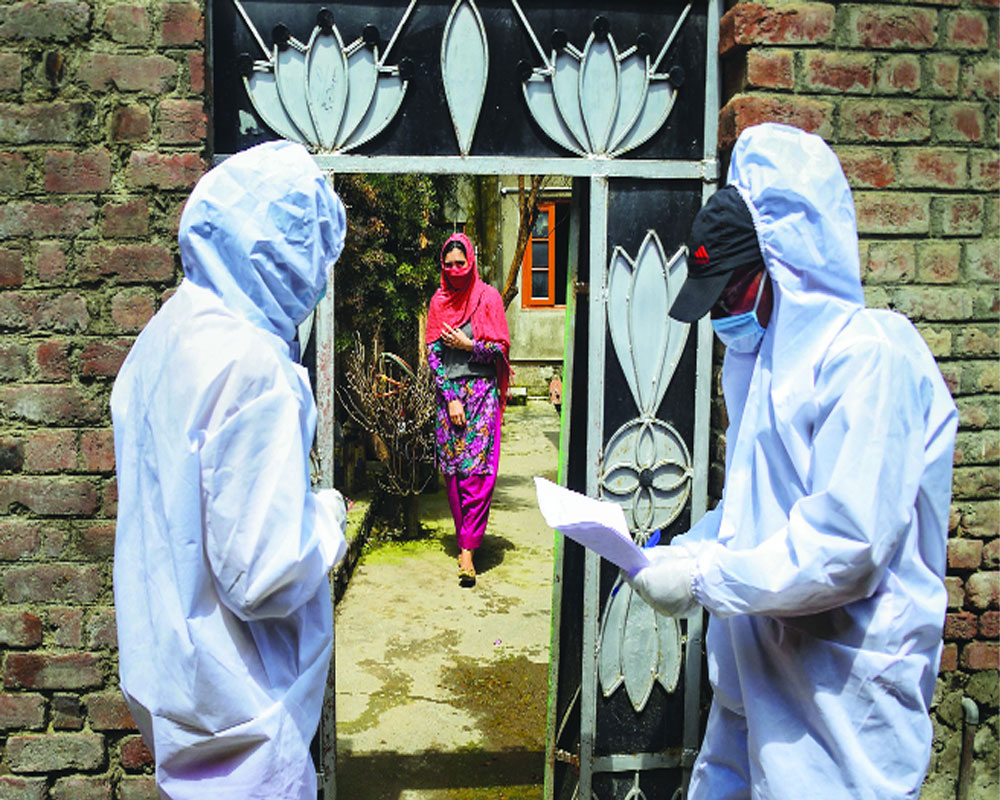 India logged 9,119 new coronavirus infections taking the country's total tally of COVID-19 cases to 3,45,44,882, while the active cases declined to 1,09,940, the lowest in 539 days, according to the Union Health Ministry data updated on Thursday.

The daily rise  in new coronavirus infections has been below 20,000 for 48 straight days and less than 50,000 daily new cases have been reported for 151 consecutive days now.

A decrease of 1,541 cases has been recorded in the active COVID-19 caseload in a span of 24 hours.

The number of people who have recuperated from the disease surged to 3,39,67,962, while the case fatality rate was recorded at 1.35 per cent.

The cumulative doses administered in the country so far under the nationwide COVID-19 vaccination drive has exceeded  119.38 crore.

The 396 new fatalities include 41 from Maharashtra.

Of the 308 deaths in Kerala, 35 were reported over the last few days and 273 were designated as COVID-19 deaths after receiving appeals based on the new guidelines of the Centre and the directions of the Supreme Court, a state government release said on Thursday.

The ministry stressed that more than 70 per cent of the deaths occurred due to comorbidities.

"Our figures are being reconciled with the Indian Council of Medical Research," the ministry said on its website, adding that state-wise distribution of figures is subject to further verification and reconciliation.