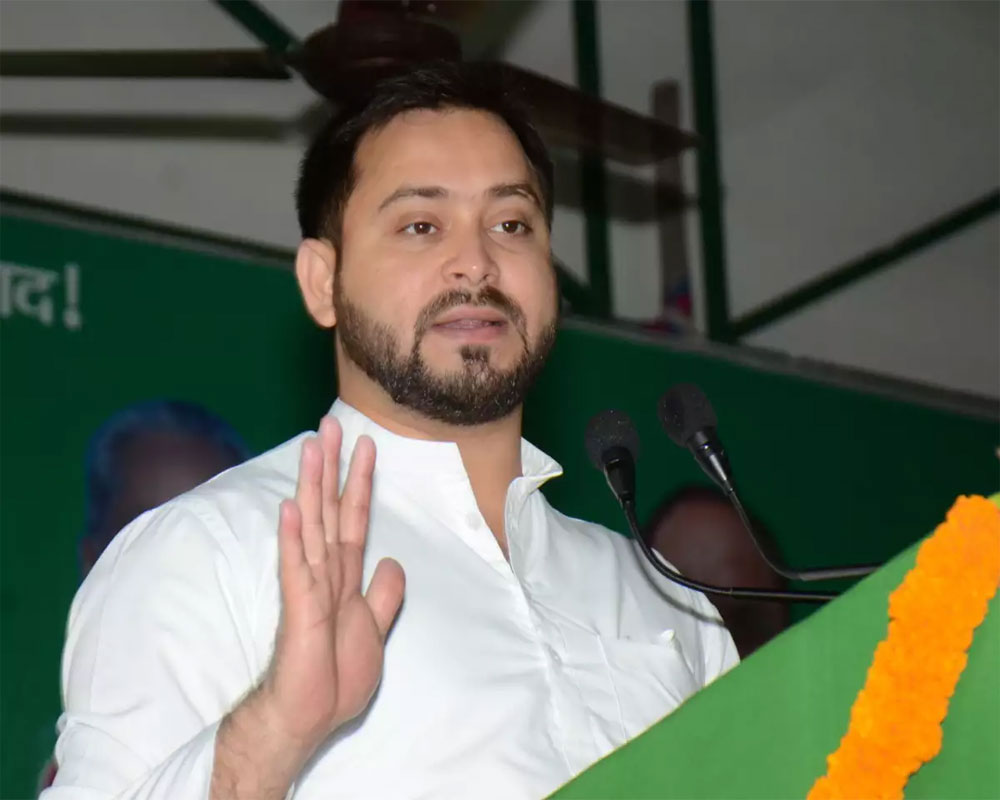 Dhirendra Pratap Singh is facing a murder charge over the death of social activist Dayanand Verma. He along with two others allegedly gunned down Verma in Sirisiya Chowk under Bagha sub-division in West Champaran district on February 14 around 7.30 p.m.

Bagha police booked Singh, Shakil Khan, Mohamad Sohrab and others on the basis of a statement of the deceased's wife Kumud Verma.

Kumud Verma on Friday met Tejashwi Yadav and requested him to take the initiative to get justice. She said that the main accused Dhirendra Pratap Singh is at large.

"The wife and children of the slain social activist are going from pillar to post to get justice for the last 28 days but no one helped. The main accused is at large," Tejashwi said.

Reacting to the allegation, Neeraj Kumar, the former information and public relations minister and prominent JD-U leader said: "The main accused Shakil Khan and Mohamad Sohrab were arrested by Bagha police. Dhirendra Pratap Singh was there but is not the main accused. Still, the Nitish Kumar government is working on it. Local police are investigating the case, no one is above the law."

"The Nitish Kumar government has a track record of action against everybody. When RJD was with JD-U during 18 months of government in Bihar in 2015, we arrested RJD MLA Raj Ballabh Yadav. When Bahubali leader Anant Kumar Singh was in JD-U and facing criminal charges, we arrested him too. There are several other examples like this. We cannot compromise with the rule of law," Neeraj Kumar said.