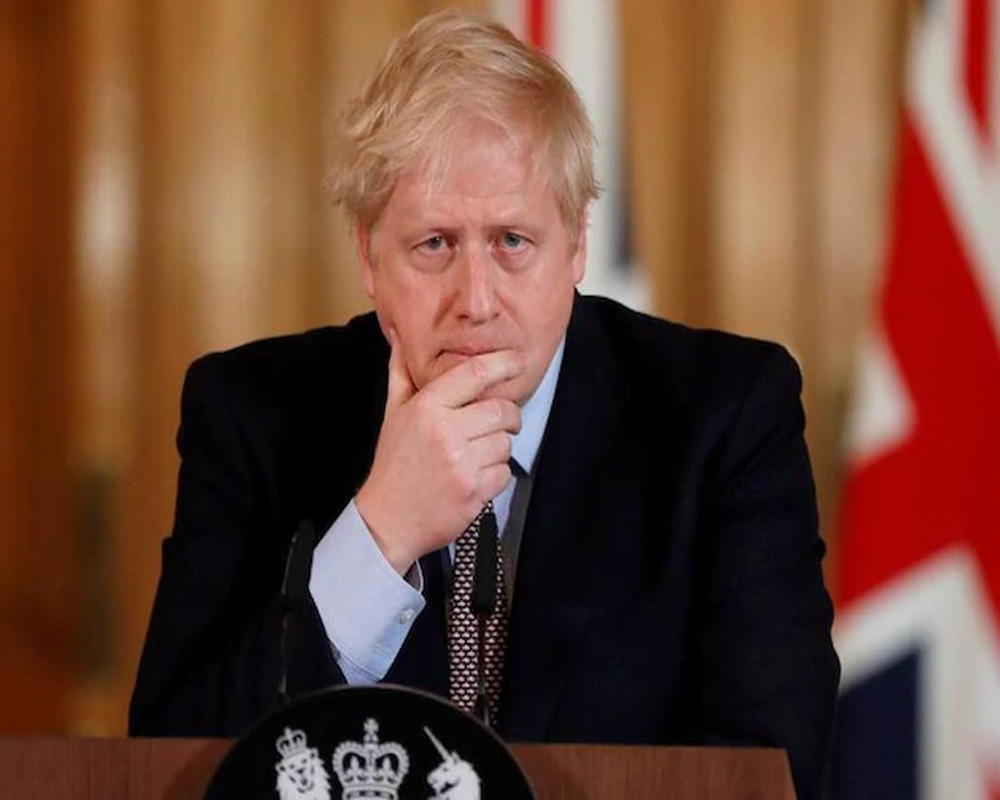 UK Prime Minister Boris Johnson has promised a permanent memorial to all the lives lost to Covid-19 and to commemorate the entire period of pandemic, which began with a first wave this time last year.

As the country marked the one-year anniversary of the stay-at-home lockdown announced by Johnson on March 23 last year with illuminations up and down the UK on Tuesday, the British PM hailed the scientific endeavour that made vaccines against coronavirus possible to “turn the lights on” for the country to gain an upper hand in the fight against the pandemic.

The UK's death toll from the deadly virus now stands at 126,284, around the sixth largest in the world as a proportion of the population.

“We've suffered so many losses and for so many people our grief has been made more acute because we have not been able to see our loved ones in their final days to hold their hands or even to mourn them together,” Johnson said during a Downing Street briefing on Tuesday evening.

“And at the right moment, we will come together as a country to build a fitting and a permanent memorial to the loved ones we have lost and to commemorate this whole period. For month after month our collective fight against coronavirus was like fighting in the dark against a callous and invisible enemy, until science helped us to turn the lights on and to gain the upper hand,” he said.

He revealed that more than 28 million people across the whole of the United Kingdom have now received their first of two doses of a vaccine to protect against the deadly virus and praised the “astounding vaccine roll-out” being conducted by the National Health Service (NHS).

Meanwhile, some of Johnson's comments made privately to Conservative Party MPs have been creating some stir after ‘The Sun' reported that he said: "The reason we have the vaccine success is because of capitalism, because of greed, my friends".

But government sources have since stressed that the UK PM had "very insistently" withdrawn his comments straight after making them during a Zoom call with backbench Tory members of Parliament and MPs present in the call dismissed it as a non-serious remark.

The BBC quoted sources as saying that he had asked all those present to "remove that comment from your collective memory", even as he praised the work by large drug companies during the pandemic.

The stir comes as Johnson has been speaking to European leaders one on one in an effort to dissuade them from imposing an export ban on Oxford/AstraZeneca vaccine exports to the UK when they meet on Thursday.

The European Union (EU) has been threatening action to block supplies from European factories as it complains about a shortfall in deliveries of the vaccine for the use of EU countries.