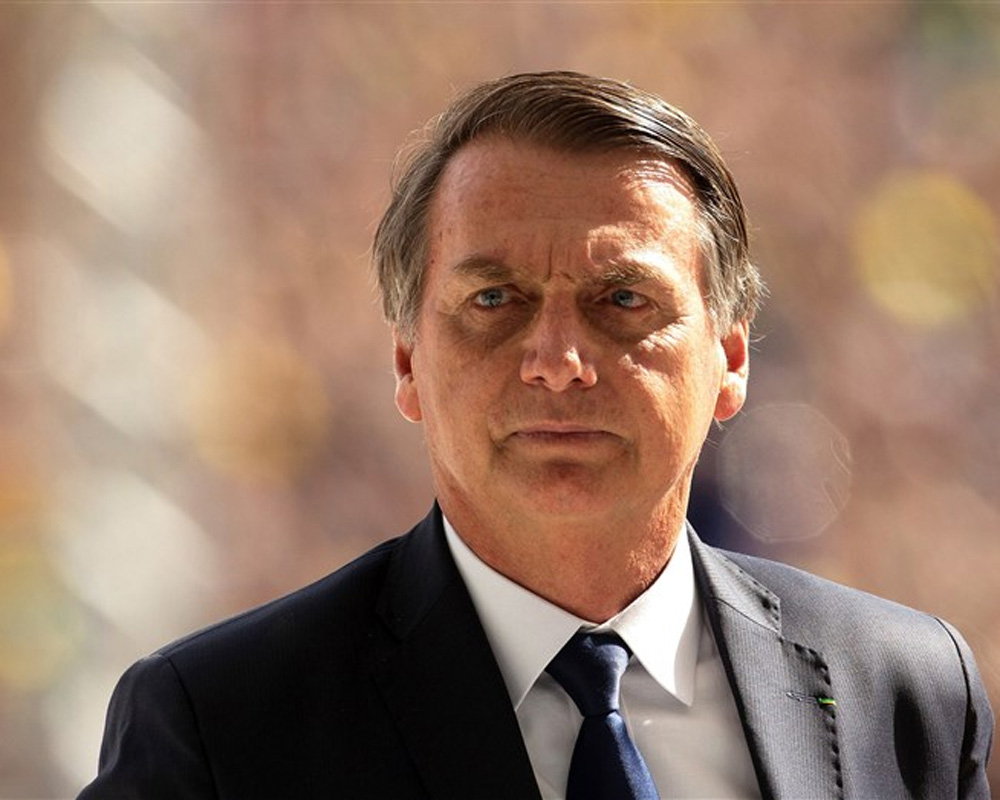 With COVID-19 still raging in Brazil, President Jair Bolsonaro picked his fourth health minister since the pandemic began, this time the head of the country's cardiology society who in the past has spoken favorably of the country's conservative leader.

Marcelo Queiroga will replace Eduardo Pazuello, an active-duty army general with expertise in logistics who landed the position last May despite having no prior health experience.

Earlier Monday, Pazuello acknowledged in a press conference that Bolsonaro aimed to replace him. The first candidate for the job, cardiologist Ludhmila Hajjar, rejected it.

Pazuello had presided over the healthy ministry for the longest period of the three pandemic ministers before Queiroga. The revolving door reflects the challenges for the government of Latin America's largest nation to implement effective measures to control the virus' spread -- or even agree which measures are necessary.

Pazuello's two predecessors left the position amid disagreements with Bolsonaro, who criticized broad social distancing and supported the use of an unproven anti-malarial drug to treat the disease. He continues to hold those positions, despite health experts' admonishments and studies showing the drug has no effect on COVID-19.

Pazuello proved more compliant. Immediately after taking the job, his ministry backed use and distribution of the malaria pill. On several occasions, he said that his boss tells him what to do, and he obeys.

“The conversation (with Queiroga) was excellent. I already knew him from a few years back. He has everything it takes to do nice work, continuing what Pazuello has done up until today,” Bolsonaro told supporters at the entrance of the presidential residence in Brasilia, adding there will be a transition period of up to two weeks with the outgoing and the incoming minister.

“Pazuello's work was well done in the management part. Now we are in a phase that is more aggressive in the fight against the virus,” Brazil's president said.

Brazil has recorded almost 280,000 deaths from the virus, nearly all of which were on Pazuello's watch. The toll has been worsening lately, with the nation currently averaging more than 1,800 deaths each day. Health care systems of major cities are at the brink of collapse, and lawmakers allied with Bolsonaro have proposed suitable replacements for Pazuello, while threatening to step up pressure for an investigation into his handling of the crisis.

The country's top court is also investigating Pazuello for alleged neglect that contributed to the collapse of the health care system in Amazonas state earlier this year. That probe will now be sent to a low court judge.

In a particularly embarrassing episode, his ministry accidentally dispatched a shipment of vaccines intended for Amazonas state to neighboring Amapa state, and vice versa, after confusing the abbreviations for each state.

Pazuello has faced intense criticism for Brazil's slow vaccine rollout. According to Our World in Data, an online research site that compares official government statistics, only 5.4% of Brazilians have been vaccinated. Almost all were shots from Chinese biopharmaceutical firm Sinovac, which Bolsonaro repeatedly cast doubt upon.

Pazuello's health ministry also delayed its decision to purchase the vaccine from Sao Paulo state's government until it was left with no other option to start immunization in January.

The only vaccine deal Pazuello had signed at the time, for 100 million doses of the AstraZeneca jab, has brought few shots to the arms of Brazilians so far. His ministry has since scrambled to cobble together agreements with other suppliers, recently concluding deals to acquire the Pfizer and Sputnik V shots.

Pazuello said in the press conference that he would not resign, and insisted there will be continuity with whomever assumes his position.

Cardiologist Hajjar had already revealed that Bolsonaro interviewed her to replace Pazuello. She told television channel Globo News that science has already ruled against treatments Bolsonaro and his legions of supporters continue to champion, like drugs to fight malaria and parasites, and that the country needs to adopt more restrictive measures on activity. She said she declined the position.

“He needs to choose someone he trusts, who is aligned with him, his ideas, his vision, and with the government's desire. And I'm certainly not that person,” she said. She also warned that Brazil could have as many as 600,000 deaths from COVID-19 unless it veers from its current course.

Queiroga has already called Bolsonaro “a great Brazilian.” His social media channels have not made any criticism of the president's handling of the pandemic and pushed for a quick vaccine rollout.