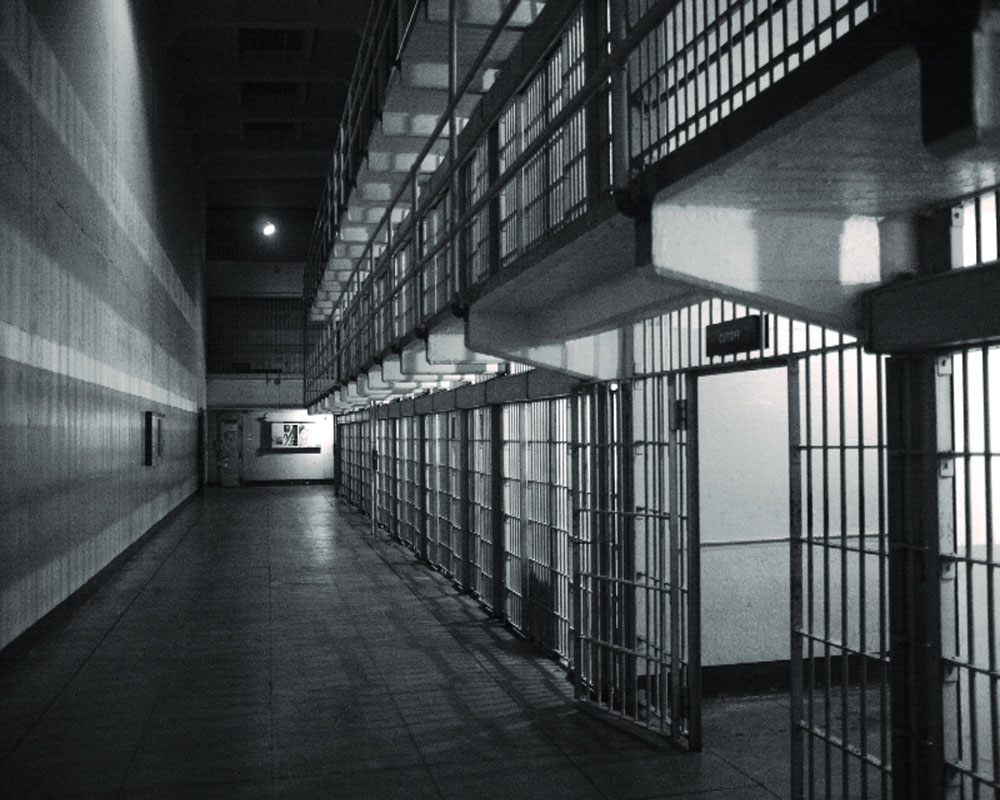 Everyone has a past, and I don’t want to waste any more time thinking about it or looking back. I’ve always found a way to improve my life and help others understand why they shouldn’t commit crimes and how they are affected by them. I’ve always believed that persuading individuals with my words will help them make better life choices than falling into the traps of unlawful and anti-social activities,” said Aman (name changed), an ex-inmate, who is now working as a volunteer in the Turn Your Concern Into Action (TYCIA) foundation, Delhi.

Another ex-inmate, Radha (name changed), did not know sewing when she was in the prison; however, she completed a sewing course while she was there and began her new life after being released. She now earns `4,000-5,000 per month from tailoring and stitching work, which allows her to support her entire family.

People like Aman, Radha, and others hope to accomplish a set of goals in life, but we, as an institution, have failed to help them realise their dreams.

The National Crime Record Bureau (NCRB) data reveals that the number of prisons at the national level has creased from 1,339 to 1,350 in 2019. The number of people imprisoned has risen from 4,66,084 in 2018 to 4,78,600 in 2019 (as of December 31 of every year). Uttar Pradesh has the most jail capacity, accounting for 14.95 per cent of total capacity, followed by Bihar (10.46 per cent) and MP (7.1 per cent). According to the data published in 2019, there are 4,58,678 male inmates and 19,913 female inmates. The states with the most prisoners are Uttar Pradesh, followed by MP, Bihar, Maharashtra, Punjab, and West Bengal. Several reasons such as illiteracy, ineffective laws and constitution in India, lack of parental care, drug consumption and so forth contribute to the increasing crime rates in India. Several prisons have denied basic human rights, leading to the mistreatment of inmates.

Gauri, who is leading the prison reformation and rehabilitation domain at TYCIA foundation, expressed, “The inmates go through socio-emotional and psychological issues due to the lack of connection with families, especially in case of any crisis. It was observed during the pandemic that they had minimal or no contact with their families, which led to stress, anxiety, and several psychological issues that impacted their overall well-being.”

She added, “Besides the issues of overcrowding, there is a lack of health facilities, recreational needs due to infrastructure and budgetary constraints. The quality of relationships formed with the prison officials is directly linked to the kind of opportunities being provided to an inmate by them. Inside the prison, they strengthen and work on the skills that can support them inside the prison and upon release. Mental health, strengthening of their well-being, emotional and adversity quotient, and working on their soft skills are the areas that are not addressed. In addition, there is a lack of preparedness before release concerning their employment opportunities, acceptance by society, family and friends.”

Similarly, Monika Dhawan, the director of Vision India Foundation, stated,  “Many prisons in states like Delhi and Uttar Pradesh are overcrowded as a result of high crime rates; however, the population of Uttar Pradesh is larger than that of Haryana, therefore it depends on the size of the state. As there are so few NGOs working in the field of prison reform, it is difficult for them to succeed. Prisons are always closed environments, it is up to the superintendent or DG of the prison to invite NGOs to work inside the prison, so it is based on the prison administration’s invitation, which is another challenging issue.”

She added, “Another difficulty that NGOs encounter is fund administration for prison rehabilitation. There is no government assistance for NGOs who undertake prisoner reform programmes. Corporate sectors occasionally assist us with finances, allowing us to start initiatives in the prison.”

Apart from the logistical difficulties of running a programme inside the prison, such as misalignment of objectives with jail authorities, the dynamic nature of the geography, and fund shortages, there are significant challenges of running a programme outside the prison. A clash between NGOs and the prison system has been a serious obstacle. The co-founder and CEO of TYCIA foundation, Saanchi, reveals, “The idea of prison as a regulated environment, that promotes punishment as a technique for discipline, can clash with the value system of a civil society organisation that operates on empathy, self-reflection, and healing, so prison is observed as a correctional institute for rehabilitation. Moreover, staying persistent, passionate, and not losing the vision amidst difficult circumstances to bring systematic changes may take years to move an inch.”

Due to a lack of funding and official assistance, most NGOs find it difficult to carry out prisoner reformation programmes. Many NGOs operate rehabilitation programmes with the help of corporate financing. Saanchi pointed out, “Government must recognise NGOs working as key players and collaborators to bring about systemic change in the prisons along with encouraging, incentivising the participation of NGOs working on various domains in prisons to bring relief and resources through long-term interventions. The government must ensure continuity of impactful programmes in prisons, as project-based approach and donour dependence is insufficient in prison settings.”

While looking into the solutions and finding several ways by which the government can assist the NGOs, Monika noted, “I believe the government should create a portal for NGOs working on prisoner reform as such platforms may help them in sharing their knowledge and work with other NGOs there, allowing additional NGOs to collaborate to work inside the prison. Also, the government can sponsor NGOs, conduct credible background checks on them, and provide funding to them to carry out reform initiatives. Regular training programmes for jail personnel should be implemented. More NGOs are appearing to lend a hand, but transformation requires a regular training programme for prison officers.”

Many NGOs give life skills training to assist convicts in resuming their normal lives. However, many underprivileged people, such as Aman, have difficulty getting back on their feet. He explained, “It is difficult for inmates to find work once the inmates are released, but many NGOs work to assist them in their efforts to find an employment. Several NGOs collaborate with other organisations to assist ex-offenders in obtaining employment. As a result, the majority of NGOs want to keep their ex-inmates on board. The stipend or salary they receive from the support is insufficient, but we manage our family somehow.”

Prisoner rehabilitation contributes to lower crime rates by creating a therapeutic atmosphere that includes gardening, meditation, and spiritual well-being. Introducing a variety of works and soft skills that contribute towards the development of a prisoner’s personality and their ability to find work after their release. “The prisoners will reform through all of the rehabilitation activities. Here, the term, reform refers to cognitive, physical, and emotional well being, while using all these components skillfully to reintegrate into society. When they gain more understanding, they commit fewer crimes because they have a different perspective and skills that will empower them to run and learn a livelihood. So, if you want to reduce India’s crime rate, reformation and well-being is essential for inmates.” Monika expressed.

There are over four lakh people in prisons, and anyone who is inside will be released into the society someday. As a result, we must work together to ensure that the people we are releasing are reformers, or else we will see an increase in hostility and crime. As a consequence, prisoner rehabilitation is crucial, and we must all work together to lower India’s crime-rate.