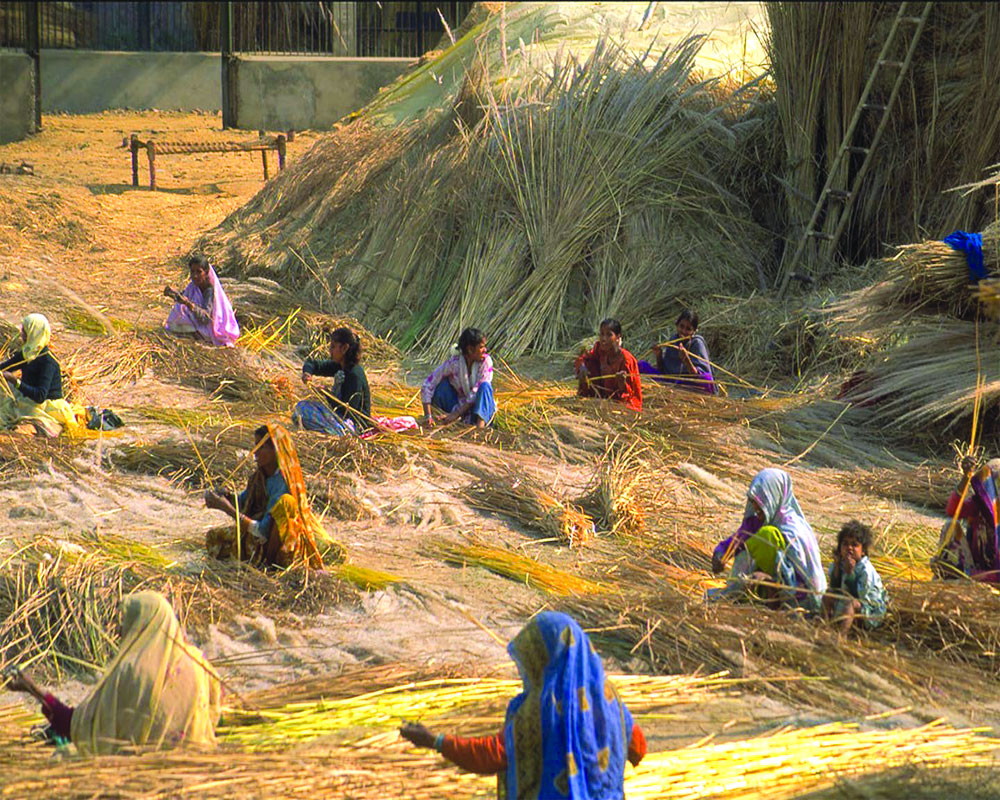 Rachana Priyadarshini explains the impact of environment on gender

Between October 31 and November 12, the United Nations will host the UN Climate Change Conference of the Parties (COP 26) in Glasgow, Scotland. The conference, which aims at bringing parties together to accelerate action towards the goals of the Paris Agreement and the UN Framework Convention on Climate Change (UNFCC), is facing criticism from environmental activists. Reasons are exclusion of voices of communities that are most impacted by the climate crisis, voices from Global South, indigenous communities especially women. It is primarily because of travel restrictions imposed due to Covid.

In the past, economic, and environmental impacts of climate change formed the discussion at these platforms. Recently, the emphasis has shifted to the social implications that have arisen out of climate. The gendered impacts of climate change need our immediate attention.  Based on the statistics received from the Indian Space Research Institute (ISRO), the Indian Ocean has been rising at a rate of 2.5 millimeters annually. By 2050, the sea level could possibly rise by 15-36 centimeters, considering that the seas around India keep rising at this rate. A rise in the sea level will lead to inevitable inundation of many areas which will force several indigenous communities to leave their native places and migrate. Among these displaced communities, women are going to be worst affected. It is crucial that women representatives must raise their concerns in the forthcoming COP 26.

According to the United Nations Population Fund, women in developing countries are more vulnerable to the dangers of climate change as they play an important role in natural resource management in their families. Eight out of 10 women in lower-and middle-income countries are responsible for collecting water for their households. In India, women account for more than 65 per cent of the agricultural workforce. Since women are integral to farming and animal husbandry, they are more sensitive to climate change, yet no reliable data is available to measure the role and involvement of women in climate change adaptation.

As per the United Nations, women, as compared to men, are much more likely to lose their lives during extreme natural hazardous events. Women are often the first victims of droughts, floods, tsunamis, and other disasters. As per a study, there was a drop of 20 per cent in the enrollment of women in colleges because of the droughts and floods in the 1970s. In such a scenario, it is likely that, as the effects of climate change worsen, women and girls will fall behind in the race for development. The challenges faced while performing household chores and the time they consume might result in girls dropping out of school.

A study conducted by Britain’s University of East Anglia (UEA) stated that men in Asia and Africa, due to climate change, are leaving their farmlands and migrating to cities in search of work. As a result, burden increases on women who are left behind as the whole responsibility of children and farms falls on their shoulders. Living under such extreme circumstances, their health gets deeply affected. This report was published in an international journal, Nature Climate Change.

Girls’ education and health are also being negatively affected because of lack of water and fuel. Wherever these issues are more complex, the rate of female school dropout is higher, as is the rate of child marriage and crimes against women. The condition of women, on average, is worsening with the change in the climate.

It is likely that climate change affects women in the rural areas more than their urban counterparts. Climate change induced floods and droughts make it difficult for agriculture-dependent rural women to run their families. Due to deforestation, crop damage, and the crisis of natural resources, families are left with insufficient diets. In such circumstances, while fulfilling nutritional needs of their families, rural women fail to take care of their own diet and suffer malnutrition.

The destruction of the environment leads to a scarcity of natural resources. This, in turn, creates pressure on existing ecosystems, increasing the strain on humans. Women and girls in underdeveloped areas are responsible for arranging water, fodder, and fuel. At times, women often become victims of violence and sexual abuse. Recently, there have been instances where the absence of water and toilets in a household has led to sexual abuse of a women member of that household.

Nitya Rao, a gender and development professor from the University of East Anglia, who has conducted more than 25 studies in 11 African and Asian countries has concluded that climate change is exacerbating the problems of women. Therefore, the fight to prevent climate change will be unsuccessful without women’s participation.

According to Aditi Kapoor, a member of OneWorld Foundation India, usually people do not believe that there is a correlation between climate change and gender issues. In reality, women perform more than 70 per cent of agricultural labour and, according to the planning commission, the majority of work-related to fodder and resources from forests are also done by women. Consequently, when climate change affects our natural resources, women are the most affected.

Climate change indirectly violates human rights and increases gender inequality.  While formulating any policies on climate change by the administration, women need to be at the center, so that, in addition to addressing the threat of climate change, gender inequality can be eliminated. In the forthcoming COP 26, not only the dangers that loom large at women due to changing climate need to be discussed, but also the traditional ecological knowledge that women hold should be focussed. This has helped the past generations coexist with their natural environment; this will help the current and future generation to survive.