‘Sportswashing’ by China on thin ice

‘Sportswashing’ by China on thin ice 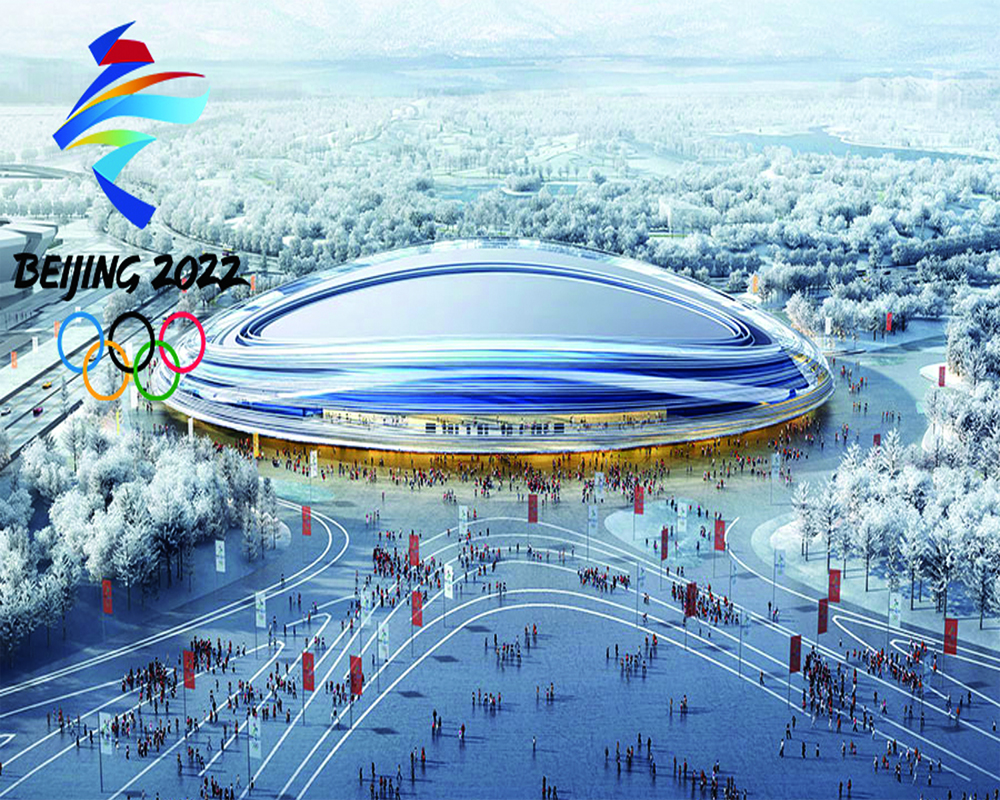 Despite its poor human rights record, China is trying hard to project that its world standing is unaffected and that the Games will be a success

China is well versed with the politics and symbolism associated with boycotts in sporting events, such as Olympics. In the 1980 Winter Olympics at Lake Placid, China had thrown a tantrum and flexed its newly acquired political muscle on the global stage by disallowing Taiwan, then called the Republic of China (ROC), from being called thus, and from using the ROC flag and anthem.

Taiwanese athletes who had arrived on ROC identification cards, soon left thereafter, in protest — only to return in the next Winter Games at Sarajevo 1984, as ‘Chinese Taipei’, with a flag and anthem that were alien to its own contingent, a humiliation that continues to date. The age-old debate of sovereign decisions to boycott/ban participation in sporting events on account of fundamental disapprovals, geopolitical posturing, wars, apartheid and even doping scandals is not new, and China has routinely asserted sovereign matters to be above sports.

Today, China faces the reverse consequences of ‘diplomatic boycott’ of its Beijing Winter Olympics and Paralympics on account of its ‘human rights abuses and atrocities in Xinjiang’. The US, UK, Canada, Japan, Australia, Lithuania and Kosovo will send their athletes to compete, though in a deliberate diplomatic snub that seeks to embarrass the Chinese, they will not send any Ministers or official delegation. Delinking the participation of individual athletes from the assemblage of officials, a softer version of boycott, as opposed to a hard boycott as was the norm in the Cold War era, is ensuing. As White House press secretary Jen Psaki confirmed, the US Administration was not keen to contribute to the ‘fanfare’ of Beijing Olympics, yet added simultaneously that it did not feel “it was the right step to penalise athletes who had been training for this moment”. In all, this so-called boycott is about diplomatic ‘messaging’, and even with the same, while Beijing is clearly irked, it is not overtly impacted as it goes about its business, mechanically and irrespective.

At the heart of criticism surrounding the Chinese Government is the purported attempts at ‘Sportswashing’ ie, using a sporting event to gloss over and distract from serious issues like human rights abuses in Xinjiang province, with the beleaguered Uighurs. Amnesty International explained, “China is hoping for sportswashing gold and it’s vital to counteract that.” Many protestors have gone as far as condemning the games as ‘Genocide Games’. Amidst all this symbolism, the expected volte face towards co-religionists, Pakistani Prime Minister Imran Khan insists on attending the opening ceremony himself as he found the issue of incarceration and maltreatment of Uighurs to be “actually not true on the ground”! Clearly, a beholden Imran, who is surviving on desperate doles from China, can gleefully forsake and overlook any atrocity on fellow Muslims, if the same is perpetuated by the ‘all-weather-friend’. China’s famed realpolitik is readily adopted and institutionalised by a vassalised Pakistan and the show goes on as the symbolic ‘boycott’ plays out and sullies China’s efforts towards sportswashing. Interestingly, India is not boycotting the Winter Olympics and will be represented by its lone contestant in Alpine skiing, Arif Khan.

This event has also exposed the conundrum faced by multinational companies who face the stark choice of withdrawing sponsorship and earning the unforgivable wrath of the Chinese regime or continuing with the event sponsorship whilst spouting meaningless platitudes towards societal causes. Earlier too, China’s hypersensitive regime did not take too kindly to various sports clothing-manufacturing MNCs expressing reservations about forced labour camps, detentions, and ‘re-education’ camps in Xinjiang === the Chinese reaction was immediate, brutal and sustainable, and now almost all sponsors are taking the meek line of ‘not mixing sports with political issues’. Despite fancy pledges towards code of ethics, standards and social responsibilities, the companies have surrendered the same at the altar of the world’s largest consumer and manufacturing base, as also the most reactive Government.

Meanwhile, Beijing is sparing no efforts to sportswash its COVID-hit prestige, status and perception of a reckless expansionist — beyond Xinjiang, issues like ongoing unrest in Hong Kong, Tibet, Taiwan etc, are relegated to the backburner with an iron fist. With the citizenry and the local media completely under its control, the narrative of the Games is already pre-scripted.

Instead, an expected counter-narrative of the West trying to steal China's moment under the sun, via its ability to undertake such a gargantuan event, is fed to its controlled masses. The inseparable interlinkages of politics, sports and commerce are underway with competing interests at play, with Beijing clamping down heavily on any potential showstopper like COVID imperatives, embarrassing saga of tennis star Peng Shuai, sovereign boycotts, et al.

There are clearly larger and invisible stakes like China posturing its fabled abilities despite the pandemic, western criticism and ‘vested interests’, and the realpolitik of calling the bluff of the ‘Chinese miracle’ and its aggressive footprint, within and outside of its borders. History shows that the controversies like boycotts tend to fizzle out once an event starts and the focus then shifts solely to sporting excellence — but these Games could be different as the undercurrents are unprecedented, including a warning by former US President Donald Trump that China could invade Taiwan immediately after the Winter Olympics!