A small loss for tennis, major win for vaxxers

A small loss for tennis, major win for vaxxers 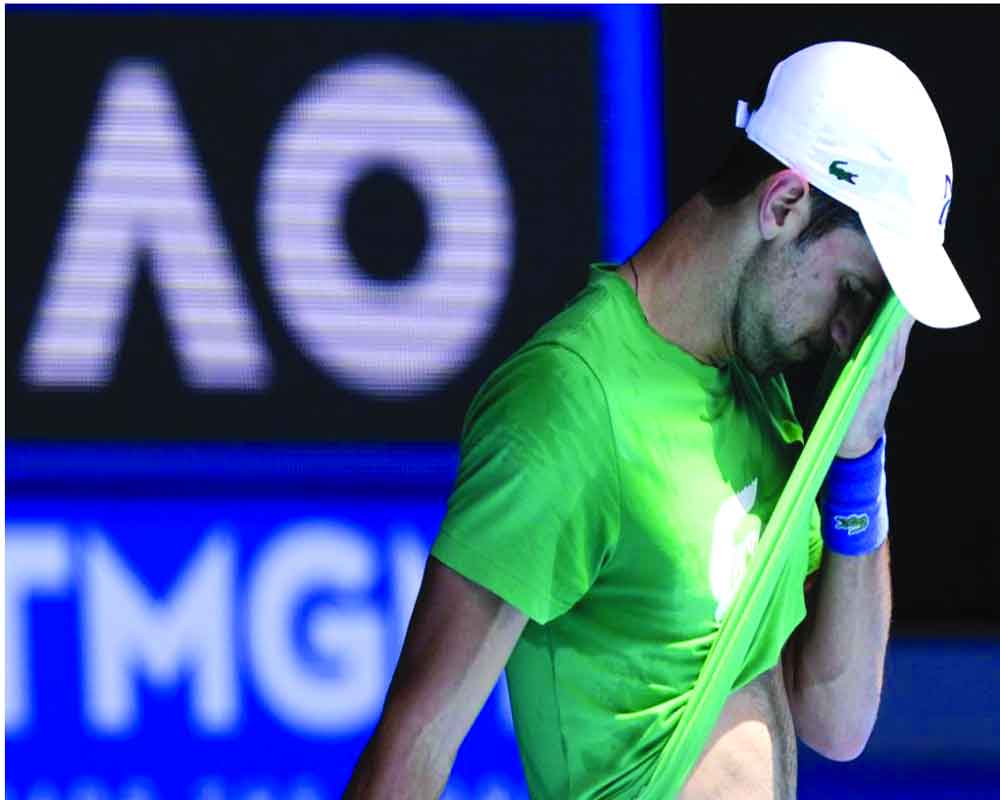 Novak Djokovic’s double visa revocation and deportation from the Australian Open are extraordinary, but so are the times we live in

Novak Djokovic made world headlines this time for his fight in a different ‘court’ Down Under. The world No. 1 tennis player had landed in Australia on January 6 to find out that the visa based on the medical exemption granted by the Independent Medical Exemption Review Panel appointed by the Victorian Government, has been revoked by the Australian Border Force.

Australian Open chief Craig Tiley shared that over 26 players and support staff had asked for medical exemption on various grounds, out of which only a few were granted. India’s rising tennis player Aman Dahiya was one of the unlucky ones, despite arguing with the Australian authorities that being only 17 years’ old, he was not allowed to have vaccination as the Indian Government had approved vaccines for the 15-18 years’ old only on January 3, leaving little time for Dahiya to get vaccinated. Naturally, Dahiya was questioning the exemption being granted to Novak Djokovic.

Djokovic’s controversy triggered a massive backlash from his fans both back home and in Australia, leading to a police action in Melbourne. From the angry Serbian President to the world no. 1’s parents, the brickbats have been unrelenting in Australia.

Djokovic’s lawyers filed an appeal in the Federal Circuit Court where Judge Anthony Kelly ruled on January 10 against Djokovic’s visa cancellation and ordered his release from Immigration detention, saying: “The Government has conceded that the Border Force’s decision to interview Mr Djokovic and subsequently cancel his visa was unreasonable in the circumstances.” His lawyers had argued that because he had contracted COVID on December 16, and so he was not eligible for vaccination for six months, and hence, the exemption from Tennis Australia and the Department of Home Affairs was granted. It is a different matter that Djokovic is against vaccination in principle.

Seeing the adverse publicity and backlash, and that too in an election year, in which the federal Government had its own set of fumbling to cover over the vaccine rollout, return of Australian citizens and students stranded overseas and shortage of Rapid Antigen Tests, Prime Minister Scott Morrison intervened for some damage control saying that the matter was being “carefully reviewed” by Home Affairs Minister Alex Hawke.

As the Minister reviewed Djokovic’s case, his footage of dancing shirtless in a club along with other infected players, and attending the Adria Tour Charity Fundraiser while being infected with COVID came back to bite him. The Home Affairs contended that the information shared in the visa application by Djokovic was false, in response to which Djokovic said that although he signed it, the declaration boxes were ticked by his team; an argument which does not hold any ground.

Nonetheless, on January 14, after much speculation, Home Affairs Minister Alex Hawke revoked his visa for the second time under Section 133C(3) of the Migration Act in “public interest” and to prevent a “civil unrest” by the “talisman of anti-vaccination sentiment”. Prime Minister Morrison said that Djokovic’s visa has been revoked “in public interest” and since the Australians have made “many sacrifices” during the pandemic, their interests and safety needed to be protected.

The PM’s stand has apparently struck the right chord with the larger Australian community. In the past 12 months, thousands of Australian workers and business establishments have suffered unfathomable hardship and pain due to “heartless” border closures and restrictions, strict isolation and quarantine regulations and vaccination requirement. Families have been separated, and many have been unable to bid goodbye to their near and dear ones due to border restrictions despite being fully vaccinated. Children have been separated from mothers, and Australian citizens have been stranded overseas unable to return for months. This exemption flew in the face of them all.

Djokovic’s lawyers challenged the Minister’s decision in the full Federal Court where Chief Justice James Allsop announced the court’s unanimous decision of dismissing the world no. 1’s application, with costs to be paid borne by him. “It sends an appalling message to millions seeking to reduce #COVID19Aus risk to themselves & others. #Vaccination shows respect, Novak,” tweeted Stephen Parnis, a former vice-president of the Australian Medical Association. “I don’t care how good a tennis player he is. If he’s refusing to get vaccinated, he shouldn’t be allowed in,” Parnis tweeted.

Even the Indian and English cricketers have been subjected to the strictest of quarantine and COVID regulations and, therefore, granting exemption to Novak was definitely making a mockery of all those who made the “sacrifices” and went through a lot of pain to abide by COVID rules and regulations, and did their bit to entertain in a safe manner. Sport nowadays is not just a sport, but is closely linked with the well-being of thousands who congregate to watch it. The pandemic does not discriminate, and so shouldn’t we!

That he has been deported is not the key issue but that he was allowed to enter in the first place, is. Novak’s double visa revocation and deportation are extraordinary indeed, but so are the times in which we all live.

(The author is the CEO, Institute for Australia India Engagement, Brisbane, and Editor-in-Chief, India News Australia. The views expressed are personal.)