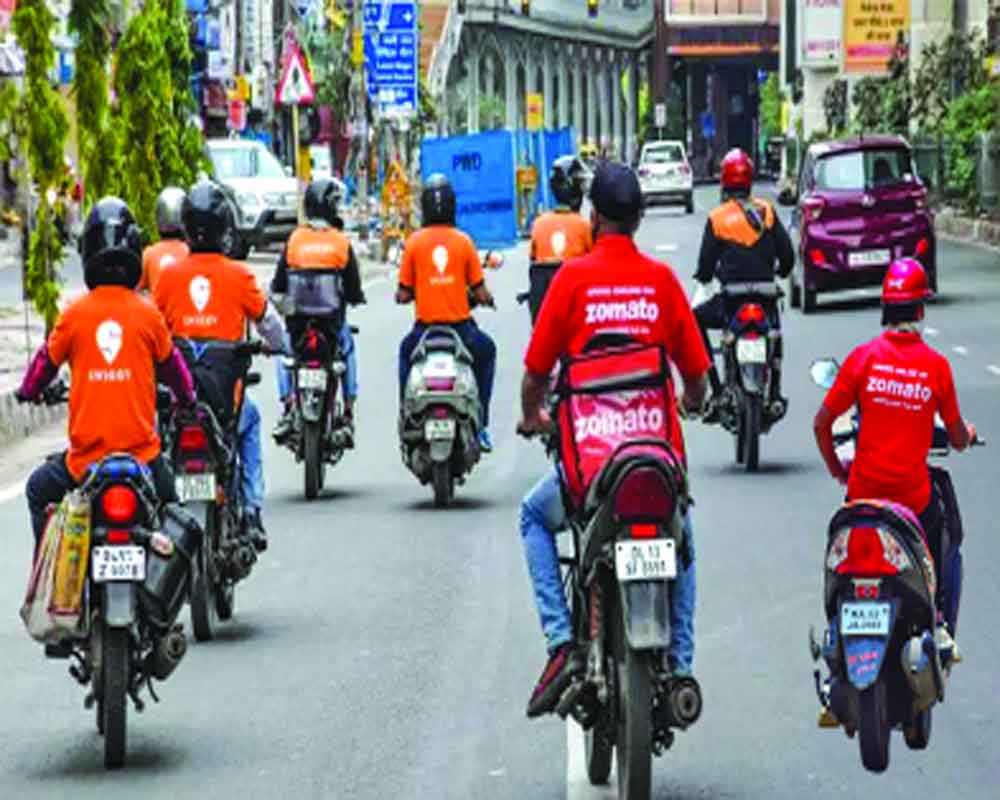 The Indian gig economy has the potential to serve up to 90 million jobs in the non-farm sectors of India and can add 1.25 per cent to the country’s GDP. Startups like Ola,Uber, Zomato,Swiggy have established themselves as the main source of gig economy in India. The gig sector has the potential to grow to US $455 billion at a CAGR of 17 per cent by 2024, an ASSOCHAM report says. The gig economy is understood as the process in which labour or money is exchanged between two individuals or companies through digital platforms for a short period of time and on the basis of payment by task. Independence and flexibility are two special features of gig economy. Those who want to earn extra money or like flexibility in working condition will prefer the format. Gig workers could be the rideshare and delivery boys, handymen, grocery shoppers, graphic designers, writers, developers and the list goes on. All the independent workers from the sectors of e-commerce, technology, food and beverages, home services fall into the category of gig economy. Gig workers have a better potential to earn than the regular job owners. The gig workers can enhance their income by upgrading their skills. One of the key features of this economy is that it is best suited for womenas it doesnot have the 9-5 working-hour format. The concept is catching up with the young generation as they find flexibility of work convenient. India is the biggest market for flexi staffing as the survey of the Indian economy 2021.

However, gig workers donot have minimum security cover or a minimum wage guarantee. Though the Government promised to look into this and will take some measures to improve the condition of the gig workers, that still remains a paper tag. The proposal to extend the safety net of the Employees State Insurance corporation (ESIC) to the gig workers is also not materialised. The arbitrary hire and fire policy of the firms further adds salt to the injury and insecurity. The cancellation of orders is also a big problem that the gig workers have to face frequently as a portion of their wages are being deducted by the authorities. They are often harassed by different sections of the consumers, get minimal tips and fees for service. India is in the transition period where gig economy is taking place of the traditional system of economy. Now the new generation ais far more inclined to do freelancing job instead of the orthodox format of 9-5 jobs. The new age workers love to work as part-time or a few days of a month or week and enjoy the freedom working across multiple platforms. Creation of better-paying, secure jobs with social and occupational security will protect the gig workers. The code on social security bill should be implemented at the earliest. Its execution will enable the gig worker to enjoy social security benefits under the organised sector category. The Government needs to work in tandem with other agencies. The Government should encourage the MNCs and other companies to generate a social security fund to provide the gig workers with protection against death and disability along with old age benefits. The machinery should introduce some more measures to attract the FDI to reserve a good amount of foreign exchange and thereby creating a scope of job opportunities. Gig economy can employ skilled or non-skilled professionals which could be helpful to diminish the level of unemployment.