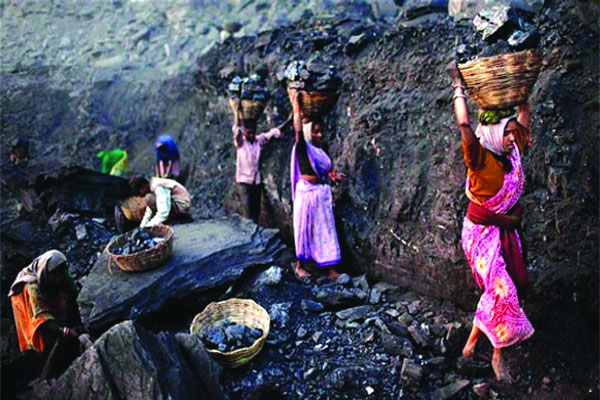 To reduce coal imports, it is necessary to choose coal technologies that are suitable for Indian coal

By 2030, coal is expected to to be India’s most popular fuel, accounting for demand in the range of 1192-1325 million tonnes. Coal will account for approximately 48 per cent of primary energy use by 2040.

Imports have been rising for the past two decades to meet rising coal demand amid supply limitations. To reduce imports, it is necessary to choose coal technologies that are suitable for Indian coal.

Coal beneficiation can be accomplished through coal gasification, in which syngas produced from coal is used as both a feedstock and a fuel. Through catalytic procedures, this syngas can be used to produce fertilisers and petrochemicals.

Coal gasification can be used to generate electricity, liquid fuel chemicals, and hydrogen. Coal gasification is more efficient than traditional coal combustion. This method is approximately 17 to 20 per cent more efficient than traditional coal-fired energy generation. Imports of coal, urea, crude oil, and gas will be reduced if more domestic high ash coal is used for energy purposes, lowering the fiscal deficit.

The production of hydrogen from coal will be difficult due to large emissions, therefore CCUS will play a key role. This hydrogen is known as Blue Hydrogen. However, Indian coal reserves could become a tremendous supply of hydrogen if the carbon monoxide and carbon dioxide produced during the coal to hydrogen process are captured and used in an environmentally sustainable manner.

Converting coal to methanol entails converting coal to synthesis (syngas) gas, cleaning and conditioning of syngas, conversion of syngas to methanol, and methanol purification. In most countries, low-ash coals are used in coal-to-methanol plants. In the case of Indian coal, which has a high ash content, handling high ash and the heat required to melt this large amount of ash is a challenge. BHEL (R&D), Hyderabad and IIT Delhi & Thermax Ltd., Pune havedeveloped pilot plants to convert high-ash coal to methanol, which might speed up the country’s transition to clean technology.

Methanol as a liquid fuel for transportation and cooking is seen as a viable option in India. The NITI Aayog is now promoting a ‘Methanol Economy,’ with the goal of lowering India’s oil import bill and greenhouse gas (GHG) emissions by converting coal reserves and municipal solid waste into methanol. Methanol is the most cost-effective alternative fuel, with obvious benefits. It produces fewer SOx, NOx, and particulates. Methanol also has a high-octane number, which ensures it ignites with less ‘knock.’ Dimethyl ether (DME), a derivative of it, has the ability to meet a number of energy needs, including as a household fuel.

M15 (15 percent Methanol mix in gasoline) has been approved as an automotive fuel by the Indian government, which has also granted a Central Excise exemption on Methanol blended Petrol and set standards for methanol blended fuel (M15). The M15 blend, as well as the additives and anti-corrosive agent, were developed by Indian Oil Corporation Limited. The Automotive Research Association of India is evaluating tail pipe emissions, evaporative emission testing, and engine durability and endurance.  The results are very encouraging.  It is planned to roll out M-15 in NE Region as fuel for Automobiles by April 2022.

Coal Sector Reforms introduced ease of doing business while retaining transparency in past 5-6 years. Diversification of coal sector into securing new businesses, productively utilising sizeable reserves/funds, leveraging economic growth and related infrastructure to eliminate substitutable coal imports to support 100 MT coal gasification are the welcome step. There is a need for a Vision 2030 for the coal sector with environmental considerations.

Incentivizing private sector investment in coal-to-products production and manufacturing sectors. as given below:

Reduce and Rationalise Taxation structure and Rail Tariff to make coal gasification cost competitive with respect to other modes of producing H2 and chemicals.Provide viable gap funding to all investors in setting up coal gasification units. Reduce GST on Methanol to 5% and issue policy directive for use of M15 to Oil companies. Initiate carbon credit scale and monetisation to companies implementing CCUS.