Coordination between agencies need of hour

Coordination between agencies need of hour 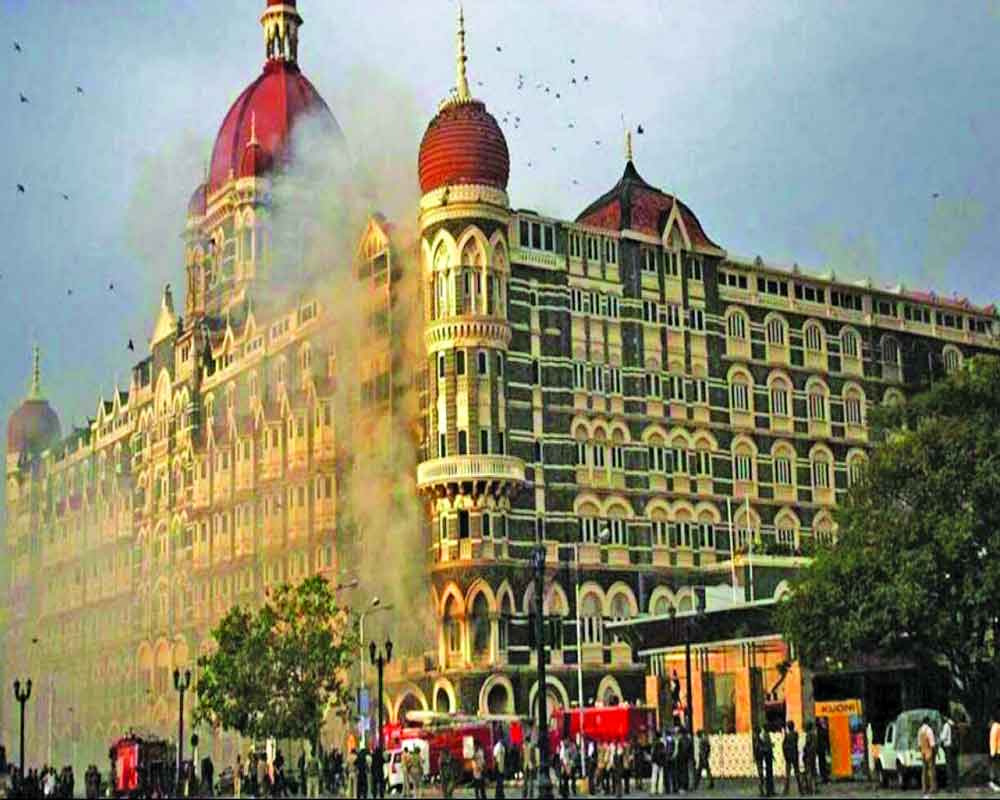 On the 14th anniversary of 26/11, we must ponder over steps for civil-military fusion which can be a potent defence against the challenges nation faces

The families of the victims of 26/11 are yet to get justice. Under the leadership of Prime Minister Narendra Modi, India has been actively trying to build a uniform and united narrative against the menace of terrorism. The country understands that there exists a symbiotic relationship between terrorism and transnational organised criminal networks that help such groups to raise finance for their activities.

According to the Indian delegation in 2019 at the Third Committee, which deals with social, humanitarian affairs and human rights issues, the illicit activities of such criminal groups include "counterfeiting, money laundering, arms dealing, drug trafficking and smuggling terrorists across the borders". Recently, the Counter-Terrorism Committee of the UN, which India is currently chairing, met in Mumbai to deliberate on the financial funding of Pakistan-based terror groups. It was followed by the 'No Money for Terror' conference in the capital. The two developments came in the background of China's veto for designating Pakistan-sponsored terrorists as 'global terrorists'.

It is unlikely that Pakistan will discontinue its 'bait and bleed' policy against India. Pakistan is a highly motivated, determined and innovative adversary ready to suffer losses if it is at the cost of 'bleeding India'. Nevertheless, expecting the world powers like the US and China to financially squeeze out Pakistan entirely to finish off the terror groups based in Pakistan is unrealistic.

Geopolitically, if seen from the prism of the triangular dynamics of India, Pakistan and the US, apart from China, Pakistan and India, Islamabad has been a 'weaker' nation but is able to tilt the balance in its Washington's or Beijing's favour to prevent a rising India. Thus, each power fears losing out its 'hegemony' and hence, to save its 'sphere of influence', resorts to an 'asymmetrical power balancing', consequently side-lining India's core concerns.

This will continue in the coming times, and the US F16 package to Pakistan after its removal from the 'grey list' of the FATF and China's aforesaid veto proves the assertion. Many recommendations have been given for external balancing against adversaries' mala fide intentions. However, exploring what can be done further at a domestic level becomes pertinent and more important.

It is a well-established fact that external and internal security is interlinked. Although post 26/11 the country has witnessed almost negligible terrorist attacks in cities, that has been possible with the establishment of Multi-Agency Coordination Centres (MACCs) and Subsidiary Multi-Agency Coordination Centres (SMACCs). Other contributory factors include an active vessel management system, the Coastal Security Scheme, gapless electronic surveillance along the coastline, etc. However, there is still much scope for increasing interoperability amongst the various agencies.

At the operational level, the decision at the apex level needs to be initiated to re-energise and redirect the country's efforts towards issue-based (illegal immigration, coastal security, narco-terrorism, cyber security, etc.) inter-agency cooperation between the Ministry of Home Affairs (MHA) and the Indian armed forces with the National Security Council Secretariat (NSCS) as a central coordinating agency. Active cooperation between bureaucracy, intelligence and the security forces is a must.

Even the state services authorities should be inculcating a maritime domain awareness strategy apart from being in the loop of the inter-agency cooperation structure. The three agencies cannot secure India externally and internally while working independently. Proper sharing and communication of the intelligence data, the building of narratives and a more profound civil-military fusion are essential to combat Pakistan-sponsored terrorism. For instance, simple issues of consensus building such as information sharing, arranging financial resources, and the jurisdiction of the matter falling within the purview of MHA, defence forces or NSCS shouldn't be the debate. Instead, well-coordinated efforts with a comprehensive approach are required to enhance the nation's security.

Since different security agencies have one single goal of securing India, there should be greater consensus on consciously building joint narratives, which finally have to percolate at various levels—national, regional and international in well-coordinated collaborative efforts through favourable perception management and agenda-setting. In a nutshell, it has to be complete teamwork of different agencies at different levels.

Next, India has to highlight the violations of its sovereignty and its counter responses at various global platforms to avoid any escalation in future developments, if any. One of the most critical steps in this direction can relate to adopting the practice of publishing scientifically established data on breaches in India's maritime security. Half-yearly information on the increasing number of Chinese and Pakistani warships and surveillance ships in the Indian Ocean Region should be made available in the public domain by the concerned security agency.

There is a lack of data on the number of maritime violations. Unless security experts and scholars cite the Indian statistics on territorial and maritime violations, the national interests cannot be taken care of.A fully activated civil-military fusion has now become unavoidable. Although the Government has taken appreciable steps in this direction, it needs to pick up the pace. First, the private sector security personnel of private critical national infrastructure usually take the adversary's first assault. Their technical and physical training from highly specialised security agencies is a must.

Second, the grassroots level too requires a high level of civil-military fusion. Routine surveillance and the reporting of the recordings of the CCTV cameras at critical national infrastructure can pick up the suspicious activities of the people who take multiple rounds of their target to identify the 'weak spots'. Such reporting isn't possible without an active civil-military fusion. Using biology-driven AI surveillance mechanisms, robotics, satellite tracking, and multiple target tracking by sophisticated technology equipment has become essential.

In this line of thought, given the narrow interests of different powers, every time expecting the allies to upgrade our technologies would be a self-defeating purpose. Surveillance mechanisms should continue to be upgraded through the 'Atmanirbhar Bharat' in the defence sector initiative. Moreover, active cooperation between different public and private agencies must be increased to strengthen DRDO's Technology Development Fund and other such agencies.

Finally, the challenge of hyper-social media interconnecting the different parts of the world also contributes to agenda setting. No sooner have narratives been constructed by the Government agencies, anti-national elements attempt to deconstruct them. The momentum of "talks and terror cannot go together" should not be slowed, and instead should be taken to the next higher level through the implementation of the National Educational Policy.

The adversaries' misadventures of 26/11 and other terrorist attacks and the country's counter responses should be incorporated into the national curriculum. It will ensure a civil-military fusion from a very early stage. In a nutshell, bring ‘uniformity and unity’ at the domestic level when there are uncertainties at the regional and international level. A united India is thus essential.

The author is Associate Professor in Central University of Punjab, Bathinda