Dealing with impact of heat waves in India

Dealing with impact of heat waves in India 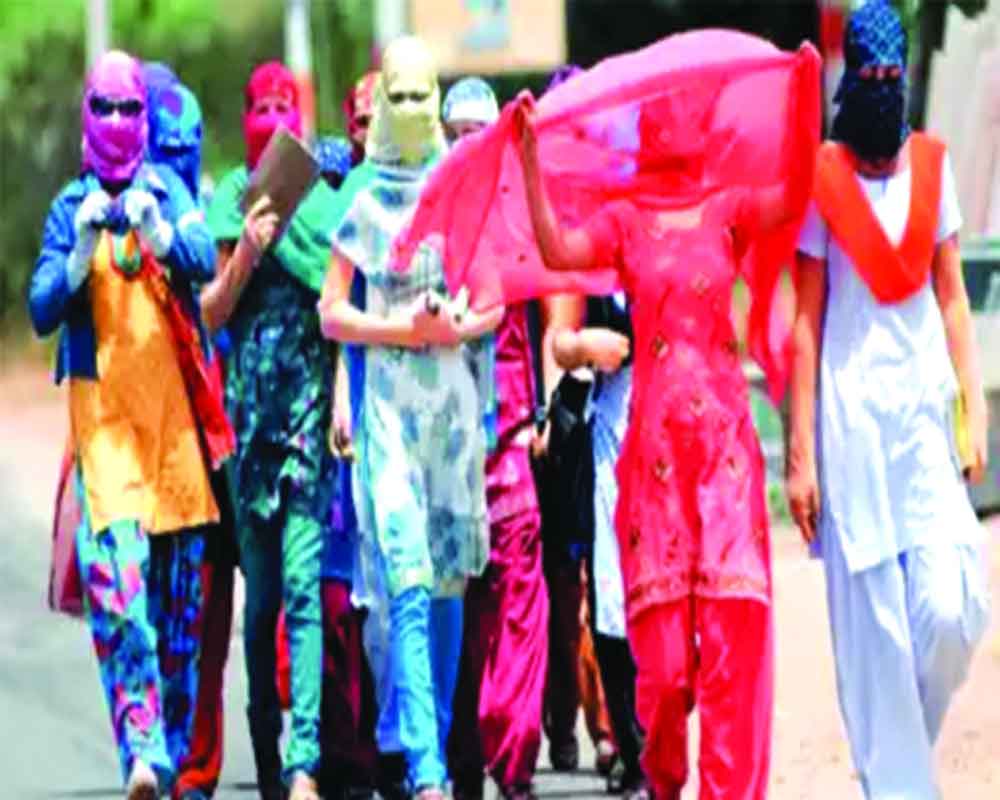 Heatwaves are a common phenomenon in India during May-June. This year, summer began early due to the gradually increasing maximum temperatures in many parts of India. According to the state health department, this year’s heatwaves have claimed 25 lives in Maharashtra. The number of heatwave days in India has increased from 413 over 1981-1990 to 600 over 2011-2020 (India Meteorological Department (IMD), Pune).

A sharp rise in the number of heatwaves is due to the increasing impact of climate change. The number of people killed due to heatwaves has also increased from 5457 over 1981-1990 to 11555 over 2011-2020 (Accidental Deaths & Suicides in India). Since 1967, the report also confirms that 39,815 people have been killed due to heatwaves in different states of India. Heatwave is the second most lethal disaster after the flood, which resulted in 41,333 deaths from 1967 to 2020.

Per the data, northern India and some parts of eastern and southern India are more vulnerable to heatwaves. Mortality due to heatwaves occurs because of rising temperature, lack of public awareness programs, and inadequate long-term mitigation measures. According to the report of the Tata Centre for Development, the University of Chicago (2019), annually, more than 1.5 million people are likely to die due to extreme heat caused by climate change by 2100. IMD Pune atlas shows that 15% of the population in 13% of the districts is vulnerable to heatwaves.

The increasing cases of heatwave fatalities vary across Indian states due to their diverse geo-climatic conditions. Rising surface temperatures in the Indian Ocean coupled with EI-Nino effect are responsible for heatwaves in India. In addition, deforestation, unauthorized urbanization, rapid lifestyle changes, and higher carbon emissions are major reasons for the rising number of heatwave days and fatalities.

Heatwaves have posed severe challenges to human health and have created public health emergencies. Prolonged heat exposure causes heat strokes and heat exhaustion and causes various respiratory and cardiovascular diseases. Furthermore, the frequent occurrence of heatwaves also adversely affects different sectors of the economy. For instance, the livelihood of poor and marginal farmers is negatively impacted due to the loss of working days. Apart from the impact on farmers, heatwaves disproportionately impact the lives of daily wage laborers, small street vendors, brickmaking workers, construction workers, and rickshaw pullers. Heatwaves have an adverse impact on these workers’ productivity and thereby affect the overall economy of India. Prolonged heatwaves adversely impact agricultural productivity and affect the livestock sector as animals are more vulnerable to heatwaves. Moreover, heatwaves increase the risk of forest fires, causing a sudden rise in demand for electricity and irrigated water.

An urgent mitigation and adaptation plan is needed to tackle the adverse impact of heatwaves in India. Before 2015, no national-level heatwave action plan was available to fight against such calamities. At the regional- level, Ahmedabad Municipal Corporation (AMC) prepared the first Heat Action Plan in 2013, followed by the devastating heatwave-related deaths in 2010. In 2016, NDMA issued comprehensive guidelines titled ‘Guidelines for Preparation of Action Plan-Prevention and Management of Heatwave’ to prepare state and national level key strategies for mitigating the impact of heatwaves across Indian states. Although some preventive measures have been undertaken to mitigate and adapt to extreme weather-related shocks, such initiatives are insufficient to prevent human fatalities from heatwaves. Still, implementing preventive measures, mitigation, and preparedness actions remains difficult. The substantial loss of human lives and a consequent impact on people’s livelihoods indicate that effective disaster adaptation strategies and more robust disaster management policies are required in heatwave zones to lessen the impact of heatwaves. As deaths due to heatwaves are preventable, the Government must prioritize the preparation of a long-term action plan to safeguard human lives, livestock, and wildlife.

Death from heatwaves can be prevented or minimised by installing improved early warning systems that communicate heatwave threats, recommend preventive measures, and predict disaster impact scenarios. Disseminating public awareness through print, electronic and social media, providing heat-proof shelter facilities during summer, easing access to public drinking water, and huge afforestation, particularly in urban and rural areas, would help mitigate heatwave fatalities. Reducing outdoor exercise during heat alerts can protect individuals from the adverse effects of extreme heat. Heatwave is India’s second most lethal disaster after the flood; the government should declare it a natural disaster to prevent further losses. It helps the State and District administration prepare a heatwave action plan at the regional level. This indicative will help build resilience infrastructure, develop early warning infrastructure, and create public awareness. In order to undertake necessary mitigation and prevention measures, it is crucial to prepare a database at the district level involving the age, gender, and occupation of people who have died due to heatwaves.

Effective implementation of the Sendai Framework for Disaster Risk Reduction 2015-30, which emphasizes disaster risk reduction with the state playing a leading role and sharing responsibility with other stakeholders such as local governments and the NGO sector, is now the need of the hour. Reduced emissions of heat-trapping gases such as carbon dioxide, which make the heatwaves more intense, can help protect human health and properties by reducing the effects of global warming. In sum, in the face of frequent heatwaves in many Indian states, respective state governments should coordinate with other departments in designing long-term measures to reduce heatwave fatalities. Furthermore, it is essential to create a comprehensive disaster management plan to safeguard our communities.

(Parida and Roy Chowdhury are Assistant Professors of Economics at FLAME University, Pune. Sahoo is a Lecturer of Economics at Vikram Deb (Autonomous) College, Jeypore, Odisha. The views expressed are personal.)