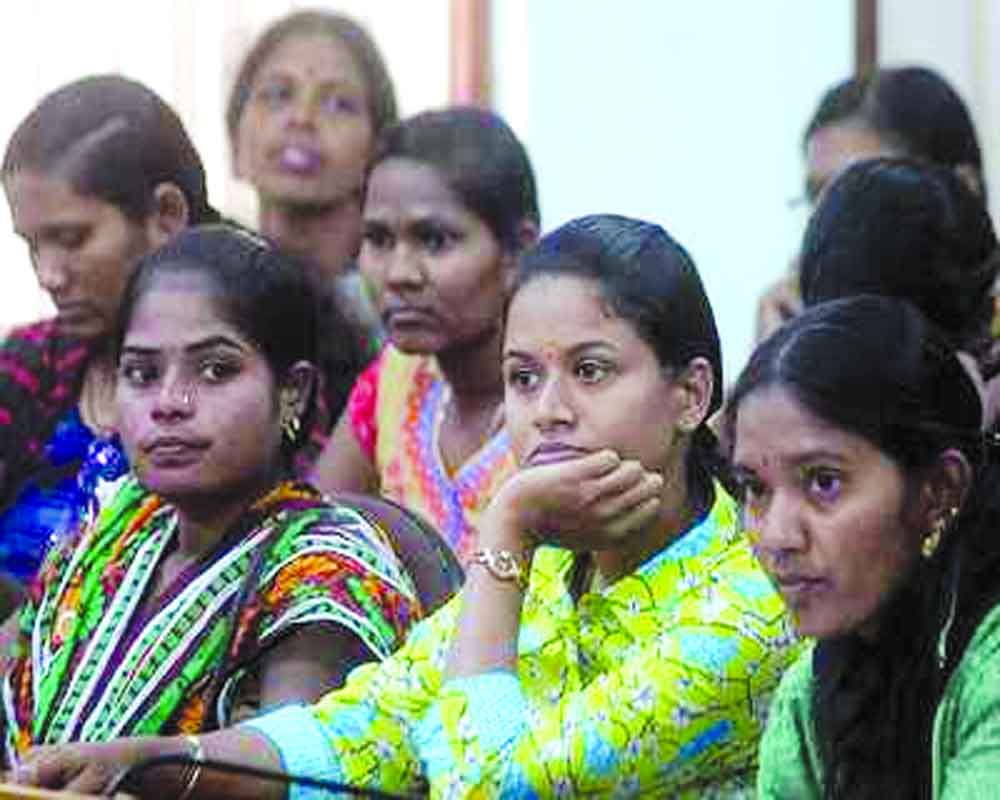 Such stereotypes are perceived differently in more archaic forms in the rural areas, while women there lack popular voice

Gender discrimination manifests in stereotypes that is intertwined in the society in such a way that not acting accordingly may lead to an individual’s isolation within the community. This risk and fear of ostracisation, however, exists more in the disadvantaged rural communities. In addition, cut-off from the fast-paced and constantly evolving world of urban areas, villages are almost always stuck in a time warp. These stereotypes are perceived differently in more archaic forms in the rural areas.

This factor becomes especially influential when it comes to shaping the perspectives of the native communities. In Garur and Kapkot blocks of Bageshwar district in Uttarakhand, opinions of adolescent girls on gender stereotypes associated with different professions, differed from the ones seen in the urban areas. This difference varied in degree, but interestingly the degree kept on increasing with the remoteness of villages.

In Charson village of Garur block, which was closer to the main Bageshwar market, girls had access to tools to look at common practices in their society with a critical lens. Anjali Arya, one of the girls from this village, voiced how unfair it was that while boys can wear all kinds of ‘modern’ and ‘western’ clothes such as jeans and t-shirts, the girls were questioned and looked down upon by the society for wanting to do the same.

Further, Jyoti, who had been a state-level athlete, highlighted how inaccessibility to cities and as a result, sports stadiums and sports coaching centres robbed girls of dreams to play for the country.

Girls in Baghar, a remote but scenic village in Kapkot block of Bageshwar, have been living a slightly different reality. There was an adolescent girl quietly sitting in a barren, empty space near one of the houses. She had a stick with which she was shooing away any child from coming near her as she combed her hair, with a bunch of utensils lying beside her. It was pointed out by a local that this girl was menstruating and that is why she had been isolated from the entire community space.

For seven days, she would be made to stay inside a stable meant for cows and buffaloes. She would be served food separately and asked to take bath separately, maybe even in the river. As an article in feminism in India says, a “culture of invisibility” is imposed on women ever since their birth. They are made to live a life where they don’t even realise that they are being subjected to injustices every day. But once they realise, their life becomes a constant struggle to make themselves visible, audible and noticeable. The ways of resistance vary as per the region, culture and the patriarchal traditions.

In some cultures, women use the medium of ‘folk songs’ to speak of their lives, culture and society. They do not have the eloquence of typing out concise tweets, or riveting Instagram captions; they do not have the privilege and accessibility to take out candle marches or sit in a protest at Jantar Mantar.

The marginalization of such women and girls is therefore deepened by their socio-economic status and even geographical constraints in some cases and we, in the urban areas, fail to hear their stories, represent their concerns and conveniently forget to pass the mic over to them.

Now, the question arises – even if the understanding and perception of ideas of empowerment are different in different places, why is that of consequence to us? It is important to understand that policies get drafted for the ‘civil society’, but especially that part of the civil society, which is able to mobilise itself into a pressure group for the government. However, more often than not, these pressure groups represent those people who had already been vocal about their self-interest, not those marginalized groups who have been silent or silenced through centuries of patriarchal traditions – like the girls of Bageshwar.

Again, it is not like these girls or women have not been trying to break out of the ‘invisibility spell’ on their own, but the bridges that we have built for us in the urban areas to tread on are out of reach for many of these girls. So first, they need to start building roads to traverse the hurdles erected by their socio-cultural challenges and for that, we need to provide these girls with the necessary raw-materials, because if they do not find their interests represented in our movements, then we need to make space for them to establish their own narrative.