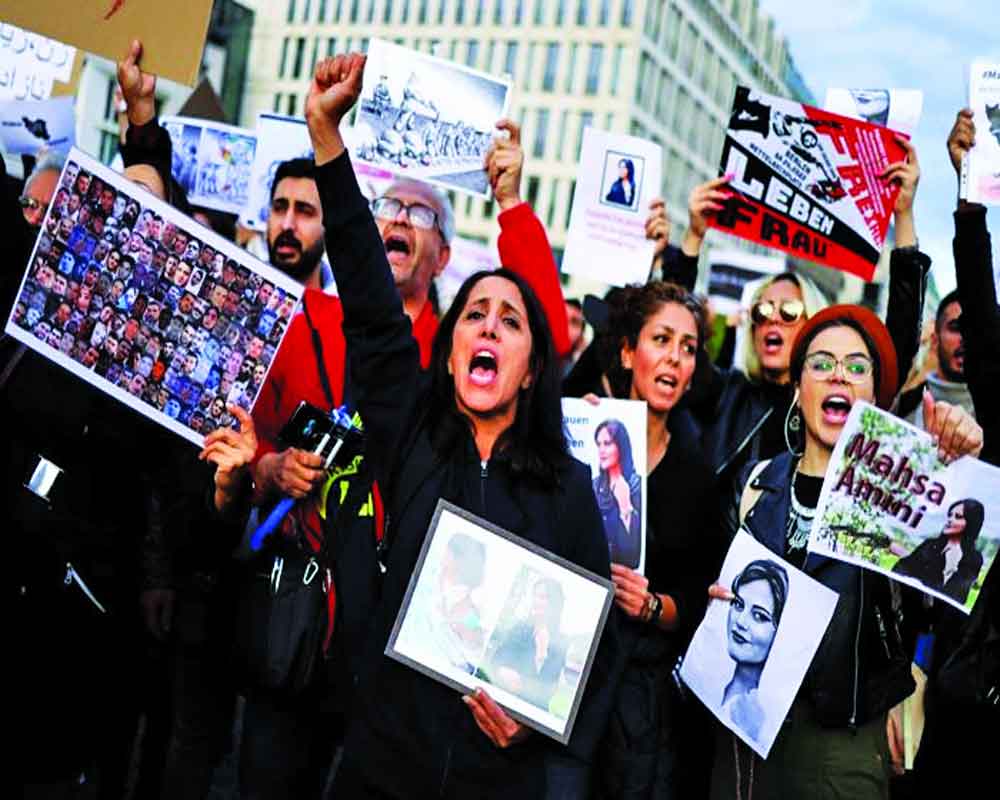 India   abstained on a resolution adopted by the United Nations Human Rights Council (UNHRC) to set up a fact-finding mission into alleged human rights violations in Iran committed on protesters in the country by state authorities.  The anti-Hijab protests are at the peak in Iran which started after the death of 22-year-old Mahsa Amini in police custody. She paid with her life for not wearing a ‘hijab’. India’s was one of 16 abstentions on the resolution, sponsored by Germany and the Netherlands, and comes just a week after New Delhi voted against an Iran-specific resolution in the third committee of the UN General Assembly. Nevertheless, the resolution in the UNHRC was passed, at a special session of the 47-member human rights body. The resolution denounced the “violent crackdown on peaceful protests by security forces” which started after the death of Mahsa Amini. The resolution established a fact-finding mission into the allegations of human rights violations in Iran since September 16.  China, Pakistan, Armenia, Eritrea, Cuba and Venezuela voted against the resolution. The two Gulf members of the Council, Qatar and United Arab Emirates, abstained and India gave them company.   Earlier this month, the UN Security Council held an informal meeting on the Iranian protests. India did not give a statement at that meeting either. Two weeks later, on November 16, the UNGA’s third committee voted on a draft resolution that referred to the death of Mahsa Amini and urged Iranian officials to “cease the use of excessive force against peaceful protesters, including women and children”. India had voted ‘No’.

It is indeed an Indian Govt’s dilemma. From an economic perspective, Iran is the second-largest supplier of crude oil to India. India buys more than 4,25,000 barrels per day. India happens to be one of the largest foreign investors in Iran's oil and gas industry. The government wants to appease the Iranian rulers so as not to disturb its relations with them and so would not mind standing against the world at large in supporting hijab whereas back home it is doing the exact opposite. The Karnataka government led by the BJP is out to enforce ‘hijab’ ban and it does not mind

crushing the pro hijab protesters. This is political expediency at its best where only interest matters. The govt doesn’t mind looking regressive to the world, it is sheer convenience that is at play.