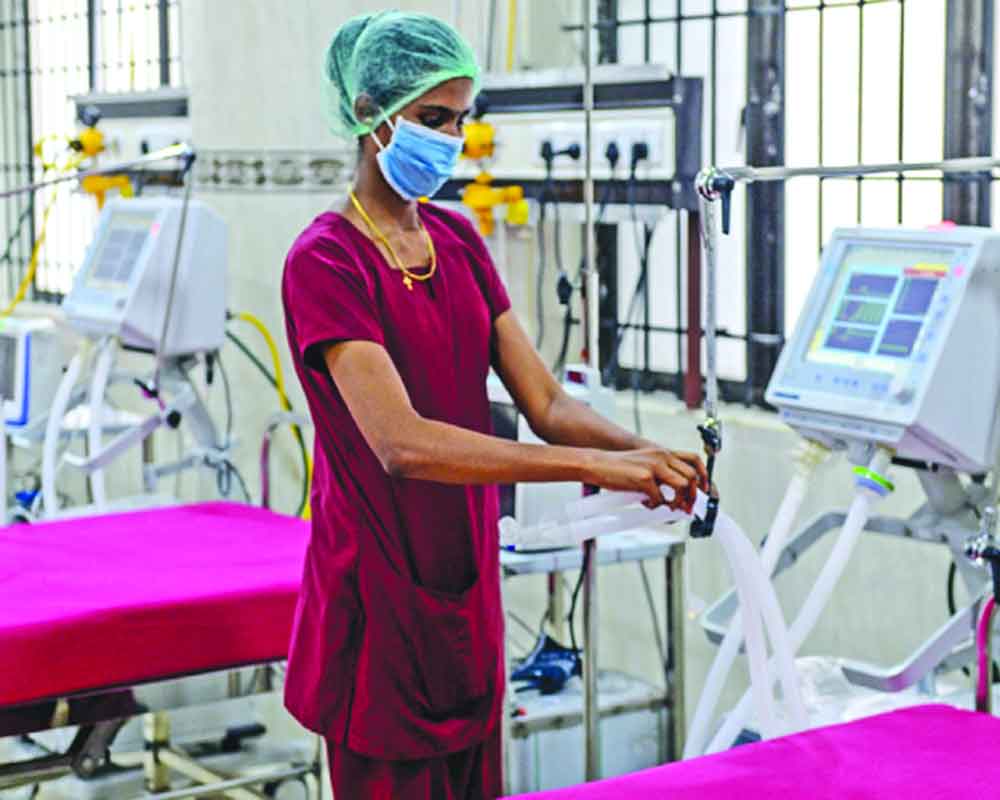 India has made substantial gains on health indicators

Since Independence, India has helmed many nationwide programmes with the specific purpose of uplifting its public healthcare system. The world has watched admirably as the nation toiled to control the tropical, communicable diseases such as polio, malaria, tuberculosis, smallpox, etc.

India’s response to the outbreak of the Coronavirus has been a mix of statewide measures and public cooperation. India, indeed, has come a long way from where she stood in 1947 in terms of healthcare.

One of the notable measures of these programmes has been the sizable decline in mortality or death rates. One of the primary measures taken by India after independence was to launch several nationwide public healthcare programmes aimed to eradicate the curse of communicable diseases.

In 1947, as per an American Journal of Tropical Medicine and Hygiene report, out of the 330 million population over 75 million were estimated to suffer from malaria. By early 1960s, these cases remarkably dwindled to approximately 100,000 and this progress has been steady.

In fact, the latest World Malaria Report 2021 by WHO takes note of the fact that of the world’s 11 highest burden countries for malaria, India is the sole one to catalogue progress. India’s success stories against polio and smallpox are tales for the ages. Polio was hyper-endemic even in the early 1990s but by 2014 we declared ourselves polio-free with no new reported case since January 2011.

We are also running the National Leprosy Eradication Program and are making noteworthy advancement in fighting cholera, tuberculosis, etc.

In 2022, our infant mortality rate is 27.695 deaths per 1000 live births,  a 3.74 per cent decline from 2021. As per the National Health Family Survey-5, it has dropped in almost all states, with Assam recording the sharpest drop from 48 deaths (per 1,000 live births) to 32. India has also adopted the global maternal mortality ratio target of less than 70 deaths/100000 live births by 2030. In March 2022, the Registrar General of India declared that this rate had declined by another 10 points. Compared to the maternal mortality ratio at 2000/100,000 live births, which dropped to 1000 in the 1950s, we have really come far. Besides, India has enhanced the life expectancy of its citizens. In 1947, the average lifespan of an Indian citizen was about 32 years and today it stands at 70.19 years, a jump of over 100 per cent. It’s also comparable to the UN-World Population Perspective that holds the average global life expectancy at 72.98 years.

Since independence, we have seen the launch of innumerable relevant policies and schemes to improve public healthcare. Be it the National Health Mission and National Rural Health Mission that aim at improving mother and child health, or the Janani Suraksha Yojana that empowers pregnant mothers with necessary cash transfers and Janani Shishu Suraksha Karyakram that facilitates pregnant mothers to deliver in government hospitals at zero charge, almost all of these schemes have targeted India’s healthcare pain points . The government has forever launched meaningful schemes such as Pradhan Mantri Swasthya Suraksha Yojana, Ayushman Bharat Pradhan Mantri Jan Arogya Yojana , and Pradhan Mantri Surakshit Matrutva Abhiyan to enhance the accessibility and availability of public healthcare facilities throughout the nation. Life expectancy is a key indicator of human development and healthcare facilities of a nation. And India has braved all kinds of challenges and leveraged better availability of cutting-edge technology, medicines and therapies to augment this indicator by over 100 per cent since independence.