Is democracy really in danger?

Is democracy really in danger? 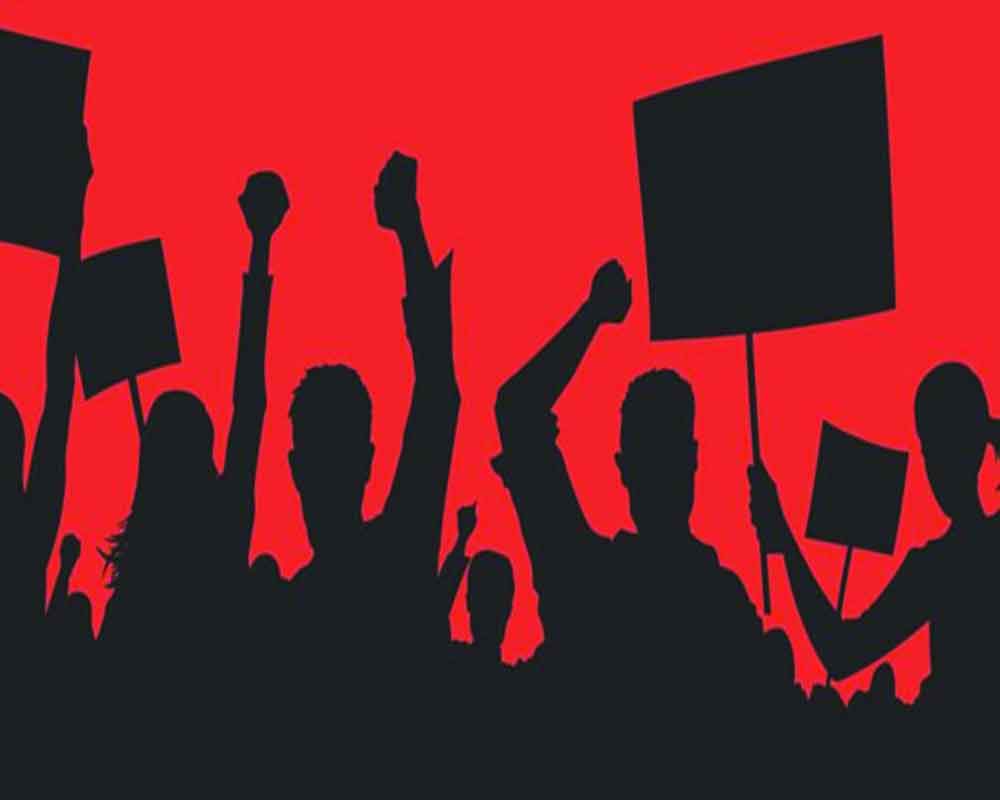 Contrary to the popular perception being created by certain individuals, democracy is thriving in the country

Traversing over the last several months, one would be hard pressed to read a newspaper or remember a television channel wherein someone has not complained that in India, democracy is being bypassed, or that "democracy is in danger". Or, the more politically fashionable accusation that we are being ruled by "fascist forces" who are hell-bent on devouring democracy. Those who say this do not the foggiest idea of what fascism is, leave alone the historical circumstances that gave birth to this ideology.

If one were, for the sake of argument, to entertain the accusation that democracy is indeed in danger, the natural corollary to such an accusation would be: from whence does this "danger to democracy" arise? If democracy is supposedly imperiled because of the ruling dispensation, why then do not the Opposition parties gather to unite and try to win elections whenever and wherever they are held? The meetings and conclaves for forming Mahagathbandhans have been many but seldom does a bandhan emerge.

In years past, I have sat in Parliament and participated in its proceedings actively. During the time I was a member, not once did we walk out. Nor did the Congress opposition walk out. There were a significant number of Marxists too. What I learned is that, for the opposition, Parliament is the best platform to perform on. Its two main faces are: to oppose by pointing out the flaws in policies of the government and equally to seize opportunities to project its/their programs when they come to power.

For the last many Parliament sessions, I cannot remember any of the opposition members projecting what policies they propose to follow when they came to power. What an exquisite opportunity it is for the Opposition to propagate its manifesto on the floor of the Parliament with the TV channels blazing. But lately, and especially since 2004, it has been a frequent occurrence for the Opposition members to rush to the well of the house and force an adjournment of the house. The session time lost is mostly a loss for the Opposition, which has few other televised platforms to articulate on a national scale. For the government, so long as it can have its legislation passed, its task is accomplished. But what does the Opposition gain? On the contrary, quite a large segment of the people watching the spectacle of walkouts, feel that the MPs draw their salaries and benefits but do very little or no work.

There are more effective ways of protesting, such as wearing black, covering faces with other colours, and sitting on the staircase and not their seats. To tell the public watching television, they could carry a few posters. The Opposition parties can think of other peaceable ways whereby the public can know of the protest, yet the Houses of Parliament can carry on. Democracy even then would seem to be alive and kicking. The legislatures would seem to be working, the executive would appear to be taken to task from time to time and low should consider how they can be seen to be active and prompt.

Anything done to obstruct the public institutions from working would eventually hurt the interests of the minorities, the Opposition, and any group with fewer members. It is remarkable how well democracy has dug deep roots in our country despite all its diversities, including many people lagging in education. Dynasties have successfully cropped up over the decades because leaders have preferred to give short shrift to ideologies, programs, and manifestoes. Unfortunately, party members and voters have allowed leaders to get away to the advantage of leaders, their favourites as well as relatives. As it is, in a country of diversity and different languages, communication is difficult which is why voters find it easier to identify with personalities rather than programs.

The lasting link between the voter and ruler is the trust that the former develops in the latter. The election of a candidate is not in absolute terms but a choice of the voter between the candidates who contest in his/her constituency. Generally, he chooses the candidate who appears to be better for her interests. One may or not agree with her choice but it is her choice nonetheless. By and large, there is common sense behind the choice. I go back to 1962 after the Chinese invasion. Logically, the then ruling party, i.e., the Congress should have been wiped out. But this did not happen. What was the quality of the opposing candidates across the country? And were they organized enough to be relied upon to govern the country? How is the situation any better today? To the thinking citizen, floor crossing in hordes or large groups, with the by now all-too-common drama of legislators being bundled off and held captive in five-star hotels, supposedly to prevent their poaching by other parties, is not funny at all. Several faults contribute to reducing the voter's trust in the system. After all, the very people who routinely express fears about democracy and its future are the people who readily cross the assembly floor.