Kashmir in the past, Assam in the future

Kashmir in the past, Assam in the future 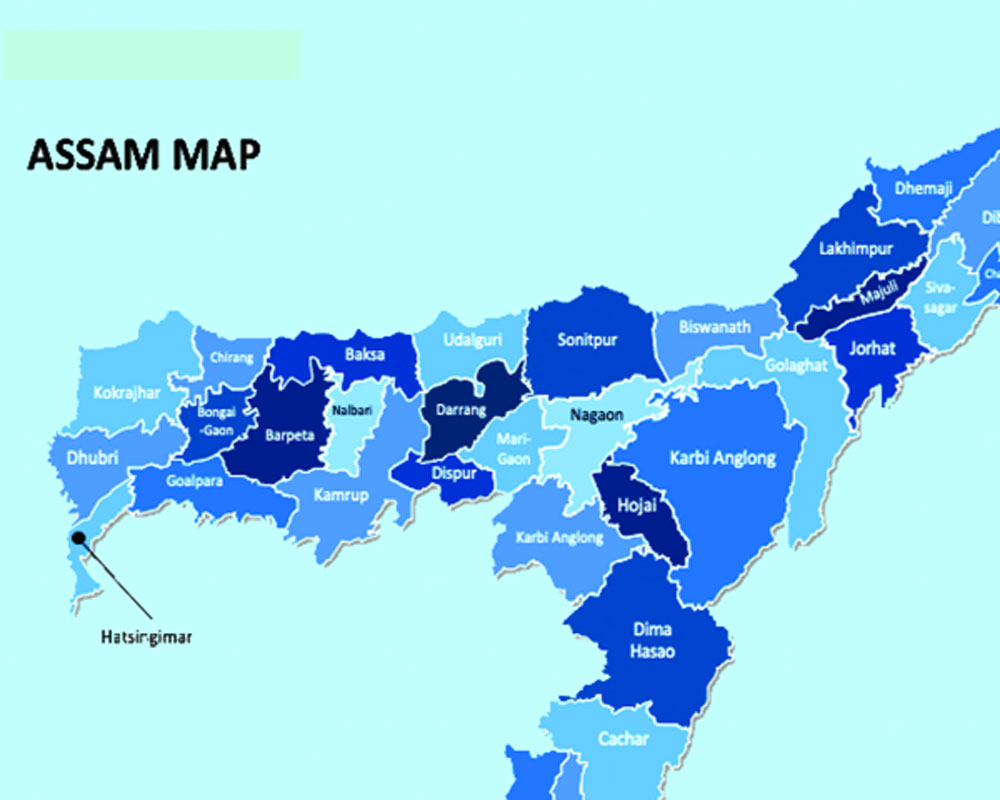 In Assam, it is not the growth of the indigenous Muslim population but the influx of illegal migration from Bangladesh that is alarming

The possible ethnic cleansing of specific groups has once again been the talking point in the country, especially after the film, “The Kashmir Files”. hit the screens. The film basically portrays a picture of political unrest that happened in the Jammu and Kashmir in the late 1980s and early 1990s. This period probably can be referred to as one of the darkest periods not only in the history of Kashmir but also in India as a whole. Be it the plight of the Pandits or the Gawkadalmassacre, one has to agree to the fact that the failure of the Union and the State administrations to take apt measures, ultimately led to communal bloodbath in Kashmir, something which could have been avoided. Andit was in 1987, after the formation of government in Jammu and Kashmir by Farooq Abdullah that the militants of JKLF took the upper hand in Kashmir, leading to grapples between the indigenous Kashmiri Pandits and the Kashmiri Muslims, who were living amicably prior to that.

The consequences of these events meant, many Hindus, especially the Kashmiri Pandits, had to leave Kashmir in fear of their lives. According to a report given by Kashmiri Pandit Sangharsh Samiti, around 70,000 families of Kashmiri Pandits left Kashmir and around 399 were killed by the militants. The story of Jammu and Kashmir evidently draws a picture of how improper border and refugee management alongside security lapses and religious extremism and dominance can not only lead to a state’s indigenous people becoming a minority but also a country’s foe getting a diplomatic advantage in terms of extending its territorial jurisdiction and spreading its violence-based propaganda. In this relation, we not only get to know about areas known as Pakistan-occupied Kashmir (POK) but also how back in the 1990s Kashmiri Pandits were asked my militants to either asked to convert, run or die. To be honest, Kashmir still suffers from the consequences of the events that happened then and the contribution of the abrogation of Article 370 to somewhat counter the unrest that Kashmir suffered for long has to be noted.

However, with the context of Kashmir on hand, a popular question still circulates amongst the residents of Assam: “Is Assam going to become the next Kashmir?” The sense of foreboding and the validity of the questioncan be understood by taking into account the drastic demographic change that Assam has witnessed over the last 30-40 years due to illegal immigration. If we look at the census figures from 1971 to 1991 (in 1981 there was no census due to unrest in the state), there was a steady and rapid increase in the Muslim population, especially in the border areas, which directly hinted at the notion of Assam being “invaded” by illegal immigrants. This can be understood when we take into consideration the Muslim population in the districts that either share a border or lie close to Bangladesh, namely, Dhubri, Barpeta, Karimganj, and Hailakandi.

According to the census of 2011, the percentage of Hindu population in Assam, is 61 and that of Muslims, 34. But, with more and more districts coming into list of increase in Muslim population or topping the list of Muslim-majority districts, one cannot deny the apprehension that illegal immigrants might have moved from one district to another, thereby not only causing an increase in Muslim population comprising of illegal immigrants but also posing fatal threats upon the indigenous community irrespective of religion.

If we take into account the state of Tripura, the indigenous people residing there have already become a minority and the same threat cannot be discarded in the case of Assam as well where people speaking Assamese account for only 48.38% -- it was 57.1% in 1991 and 48.8% in 2001. And that puts an additional threat on the language, culture and identity of Assamese people in Assam.

Considering these facts, one cannot deny that if apt steps are not taken, Assam might witness adverse events like the edging out of its ethnic people, community-based clashes, religion-based clashes and something similar to what happened with the Kashmiri Pandits who were once the majority group in Kashmir. Moreover, a possible concept of BOA (Bangladesh-Occupied Assam) might also come into picture if the demographic jitters in Assam are not taken care of by proper border and refugee management measures.

In fact, the long agitations and struggles in the form of language agitation and Assam movement were once done to protect the identity of the indigenous community at large, but all these efforts will go in vain if the noted 35% population of Assam(mainly dominated by illegal influx) is diplomatically not taken care of at the earliest.

Therefore, in the political game of one party blaming the other, if the indigenous Assamese people irrespective of religion do not stand as one united force to tackle these fatal threats, the time is not far when people might say,”Assam: The next Kashmir.”