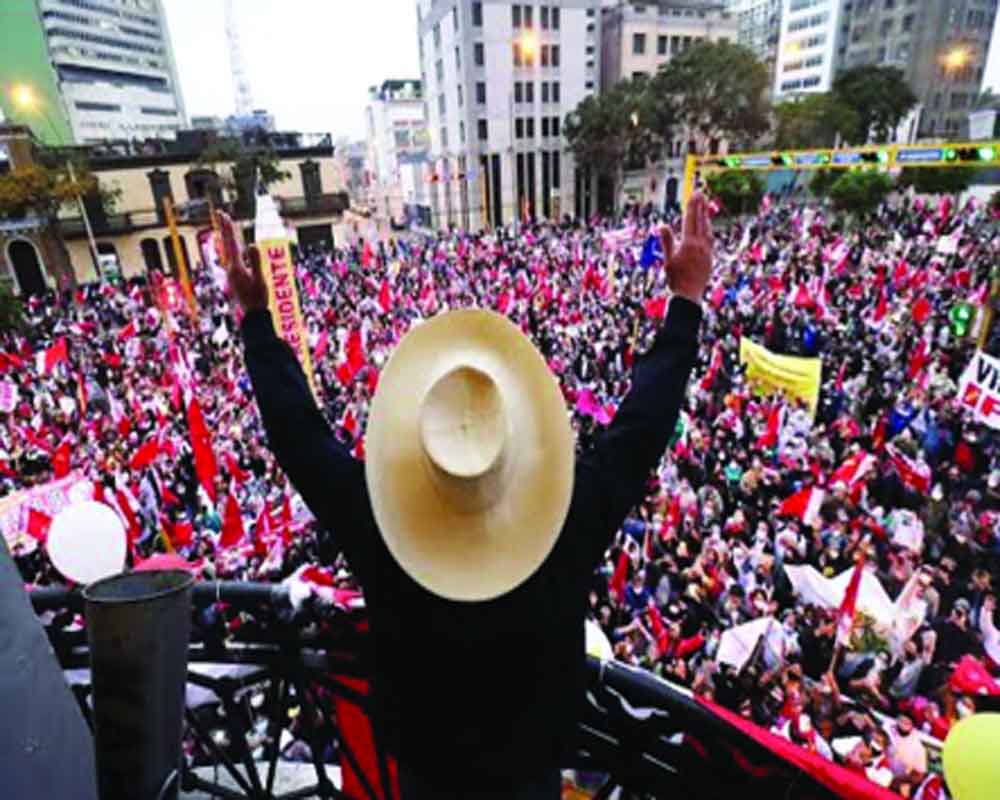 It did seem that Petro’s moment had finally arrived. Going into the first round of the presidential election last month, he was well ahead of the establishment candidate, Federico Gutierrez, a serviceable replica of outgoing president Ivan Duque—but the runner-up was actually Hernández, whose social media skills make him a real threat to Petro.

Hernández is a wealthy 77-year-old businessman whose resemblance to Donald Trump is more than skin-deep. He flaunts his ignorance proudly, his speeches consist mostly of slogans and abuse, and he almost never discusses actual policies. But he does promise to kick out the corrupt politicians.

“Almost all of them are robbers, thieves, scoundrels, delinquents,” he claims, and he’s about half-right. Indeed, he may be one himself: he faces a graft investigation from his time as mayor of the city of Bucaramanga. But it’s the usual populist strategy: target small-time crooks while serving and protecting the rich and powerful.

Hernández is not a new phenomenon in Latin America: Brazil’s President Jair Bolsonaro has been doing a Trump tribute act for years. And while he may manage to deflect the ‘pink tide’ from sweeping across Colombia, it will still cover most of the region by the end of this year.

It’s called ‘pink’ to distinguish it from the ‘red tide’ of Communist and other hard-left militants who made major inroads in Latin American politics in the latter half of the 20th century.

In most Latin American countries these revolutionary movements were stamped out by US-backed military coups. In a few countries—Cuba, Nicaragua, Venezuela—they live on as stagnant and impoverished dictatorships. But with the end of the Cold War, the passion gradually went out of politics, and the extremists faded away on both sides.

What’s left is a ‘pink tide’ of non-violent social democrats, competing in democratic elections with conservative parties that defend the interests of the local establishments. There’s nothing uniquely Latin American about this, nor about the fact that the conservatives are increasingly resorting to populist strategies.

The difference is that Latin American countries are much more unequal than those in other parts of the West (except the United States), which probably explains why there is a ‘pink tide’ of social-democratic governments coming to power in Central and South America.

Not to mention the election of Mexico’s first socialist president, Andrés Manuel López Obrador (AMLO) in 2018, and the likely return to power of Lula da Silva in the Brazilian election next November. Those two countries alone account for more than half of Latin America’s population.

Colombia, with 50 million people, is third-biggest, and it may also turn pink this month. In the first round Gustavo Petro got 40 per cent of the votes and Rodolfo Hernández only 29 per cent. The populist Rightwinger will probably pick up more votes from the candidates who were eliminated in the first round than Petro will, but it’s heading for a photo-finish.

Either way, Colombia is heading for major change. If Hernández wins, he’s proposing to declare a state of emergency for 90 days and suspend all judicial and administrative functions “in order to address corruption.” He will rule by decree, in other words, and he gets to choose who is arrested. It could end up as a populist dictatorship.

Unlike Hernández, Petro is a known quantity, active in politics for the past thirty years. He’s not really radical, but he would be Colombia’s first-ever president from the left, so for some Colombians his policies would seem extreme: things like expanding social programs, ending oil and gas exploration, and investing in agriculture.

To pay for all that, he’s planning to raise taxes on the country’s 4,000 richest people and on the mining industry. He will be making enemies of some powerful people, and the head of the Colombian army has already expressed his concern.

Colombia has a long, unbroken tradition of ‘conservative’ rule, and an almost equally long history of low-level civil wars. Change there is especially risky, and what is on offer from the right this time may be even more destabilising than what is being offered by the left. But in general, the pink tide is still rising.