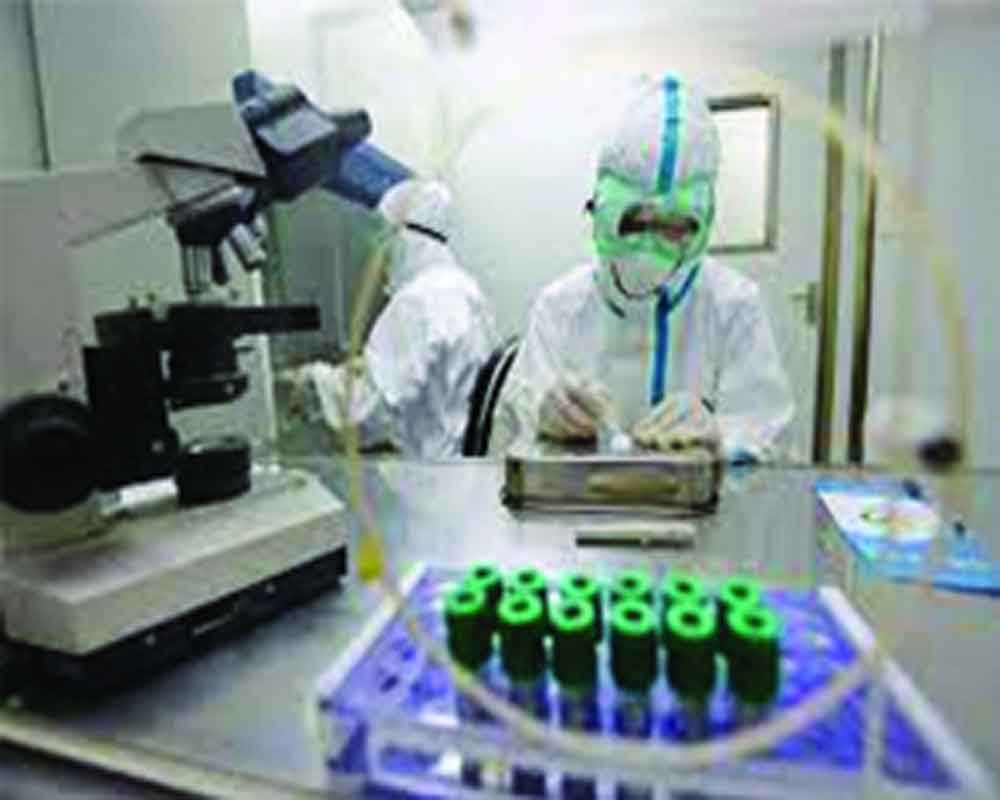 The recent report by the World Health Organisation’s expert group has, according to an agency report, stated that “further research is needed to determine how COVID-19 first began, including a more detailed analysis of the possibility it was a laboratory accident”, which implies that lab leak is a distinct possibility. It needs to be mentioned that for more than a year, the UN body and a large number of scientists maintained that the origin of the Coronavirus was natural. They were in fact quite zealous — fanatic actually — in promoting the natural-origin theory, something that suits the Chinese Communist Party. The scientists wrote a letter in February 2020 to the prestigious medical journal Lancet, stressing the natural origin theory of the Coronavirus. It was only on May 5, 2021, that the renowned science journalist Nicholar Wade blasted the natural origin orthodoxy in an article in the Bulletin of Atomic Scientists. That the virus could have been born in a lab was reestablished as a possibility. According to Wade, “It later turned out that the Lancet letter had been organised and drafted by Peter Daszak, president of the EcoHealth Alliance of New York. Daszak’s organisation funded Coronavirus research at the Wuhan Institute of Virology. If the SARS2 virus had indeed escaped from research he funded, Daszak would be potentially culpable. This acute conflict of interest was not declared to the Lancet’s readers. To the contrary, the letter concluded, ‘We declare no competing interests’.”

Daszak and his cronies deceived the world for over a year — to help the CCP. Just as he and others did to send American taxpayers’ money to the Wuhan Institute of Virology. The WHO helped them; in February 2021, the WHO’s initial assessment of the pandemic’s origins was that it was “extremely unlikely” that the virus might have escaped a lab. The recent WHO expert group report said that they would “remain open to any and all scientific evidence that becomes available in the future to allow for comprehensive testing of all reasonable hypotheses”. WHO chief Tedros Adhanom Ghebreyesus sent two letters to senior Chinese Government officials in February, requesting information including details about the earliest human cases of COVID-19 in Wuhan, it's reported. It may be recalled that Tedros’ role during the initial days of the Coronavirus has been extremely suspicious. The WHO under him seemed to have gobbled the Chinese propaganda line, hook and sinker. Beijing wanted to believe in those days that Coronavirus was not transmissible by humans, so the WHO tweeted on January 14, 2020: “Preliminary investigations conducted by the Chinese authorities have found no clear evidence of human-to-human transmission of the novel #Coronavirus (2019-nCoV) identified in #Wuhan, #China.” This was when the virus was spreading like wildfire all over the world. This proved to be the most dangerous tweet in the history of mankind. We hope the WHO redeems itself, but then Tedros has been reelected.