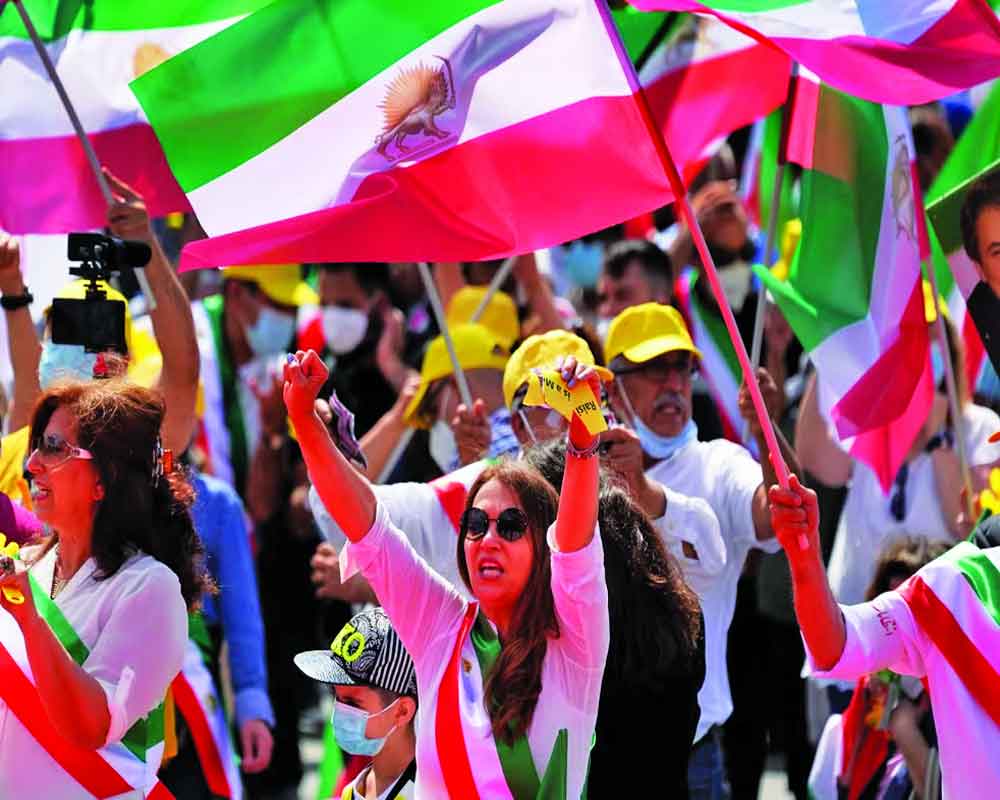 Afew weeks ago, when Xi Jinping got elected as general secretary of the Chinese Communist Party for the next five years, he was on the top of the world—or at the centre of the Middle Kingdom, as imperial China saw itself. He is also China’s President and head of the country’s Central Military Commission. In short, all powers in the country are concentrated in his person. Backed with the second largest economy and a mighty military, and spurred by brazen belligerence, he looked like a Caesar who, after having taken full control of his own country, was now ready to take on the world. He even told the People’s Liberation Army earlier this month to “focus all its energy on fighting” in preparation for war. The PLA must “comprehensively strengthen military training in preparation for war.” At the CCP congress where he was made general secretary, he had cautioned of “dangerous storms” on the horizon. He vied with his Russian counterpart, Vladimir Putin, for the epithet ‘the most dangerous man in the world.’ And today, Xi is finding it hard to control his own people—or, in the communist lexicon, ‘the masses.’ The folks whom Xi and his CCP cronies take for granted—who can be subjected to exodus, surveillance, arrest, torture, execution—have rebelled against the tyranny they have been suffering, especially since the outbreak of the Covid-19 pandemic.

Hundreds of people are protested in China’s major cities on Sunday the stupid and painful zero-Covid policy, “in a rare outpouring of public anger against the state,” a news report said. ‘Down with the Chinese Communist Party’, ‘down with Xi Jinping’—a crowd in Shanghai shouted these slogans. The protests against zero-Covid policy not just spread to other cities but may have also acquired the dimension of general resistance against the inhuman dictatorship people have been facing for decades, which intensified during the pandemic. Zero-Covid policy is plain stupid; it’s like saying that Delhi would be shut down till there are no cases of influenza, for now Covid has become just another disease. It will still infect and even kill people, but it’s no longer a pandemic. But one of the many problems with dictatorship is that the rulers and their henchmen think that they know everything—not just what is happening but also what should happen. In fact, greater emphasis is laid on ‘should’ in the countries where regimes are beholden to the ideologies antithetical to individual liberty, be it China or Iran. In China, communist bureaucrats decide what people should do in all situations, including when a disease spreads; then they impose their whims and fancies with utter ruthlessness. In Iran, the theocratic elite decides what women should do and wear—and then firmly execute their diktats. What tyrants don’t understand is that in this day and age, when information flows freely, people are not as docile as the former think they are.